Without an open approach to sharing intellectual property, clean energy technologies will be at the mercy of corporate patent trolls, writes ANU College of Law associate professor Dr Matthew Rimmer. 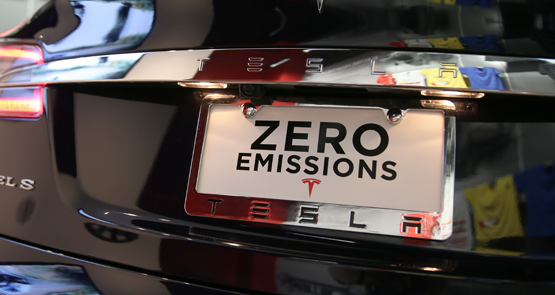 Last week in Las Vegas at the CES 2015 technology conference, Toyota made a significant announcement in respect of intellectual property, clean technologies, and open innovation. Toyota has long been an innovator in respect of green vehicles and transportation — most notably, with the development of hybrid vehicles, like the Toyota Prius. The company has assiduously developed a large portfolio of patents in respect of clean technologies, across a wide range of sectors.

As part of the press conference, the futurist and theoretical physicist Dr Michio Kaku discussed the possibilities of the hydrogen future for the automobile industry.

“Usually hydrogen cars are priced at hundreds of thousands of dollars, way beyond the pocketbook of the average person,” Kaku observed. “But this car, we’re talking about the neighborhood of $50,000.”

“As mass production, competition, and economies of scale begin to kick in — and as governments begin to subsidise the creation of refueling stations — you’re going to see that cost drop even further.”

Bob Carter, the senior president of Automotive Operations at Toyota USA, deployed the rhetoric of sharing in his speech: “At Toyota, we believe that when good ideas are shared, great things can happen.”

Carter stressed: “The first generation hydrogen fuel-cell vehicles, launched between 2015 and 2020, will be critical, requiring a concerted effort and unconventional collaboration between automakers, government regulators, academia and energy providers.”

“By eliminating traditional corporate boundaries, we can speed the development of new technologies and move into the future of mobility more quickly, effectively and economically …

” … traditionally intellectual properties are fiercely guarded because they have great monetary value. But with … our patent announcement today it’s obvious that there can be a higher societal value in openly sharing IP.”

The announcement is striking — given that Toyota has previously had some unhappy experiences in respect of patent litigation. In relation to the Toyota Prius, Toyota was embroiled in patent litigation with Paice. After initially accusing Paice of being a predatory patent troll, Toyota was unable to defeat Paice in long-running litigation over patent validity and infringement. In the end, Toyota settled with Paice, agreeing to pay royalties for the use of its patents related to hybrid cars.

Through its response at CES 2015, Toyota perceives Tesla Motors as a genuine threat and competitor in respect of the development of green vehicles and transportation. The car manufacturer is perhaps more worried about Tesla Motors’ electric vehicles than its traditional Detroit Motown rivals. Toyota is keen to ensure that the Toyota Prius and the Toyota Mirai are not left behind by Tesla Motors’ Open Source Revolution.

Despite the grand rhetoric at CES 2015, Toyota’s announcement falls short of truly open innovation. The company emphasised that licensing will be limited to automakers, fuel-cell parts suppliers and energy companies who establish and operate fuelling stations. Toyota will consider requests from parts suppliers and companies outside of the transportation sector on a case by case basis. Toyota has indicated, “Patents related to fuel cell vehicles will be available for royalty-free licenses until the end of 2020”. Moreover, “Patents for hydrogen production and supply will remain open for an unlimited duration”. There also seems to be a quid pro quo: “As part of licensing agreements, Toyota will request, but will not require, that other companies share their fuel cell-related patents with Toyota for similar royalty-free use.” It is significant that Toyota retains the ownership of the key patents, which have been offered in the deal.

There have been a number of early experiments with open innovation in respect of clean technologies. Notably, there were early collaborative endeavours, such as the Eco-Patent Commons, the Green XChange, and open source projects focused on clean technologies. At an international level, the UNFCCC Climate Technology Centre and Network (CTCN) and WIPO GREEN have since been established to promote the diffusion and dissemination of green technologies. Toyota and Tesla Motors have shown that individual companies are willing to engage in patent-sharing in order to boost the research, development, and adoption of emerging technologies.

It remains to be seen whether such an approach to sharing intellectual property in respect of green vehicles will be taken up in other fields of renewable energy and clean technologies — particularly with the Paris 2015 conference on climate change on the horizon this year.

Finally, a good news article on the green revolution; thank you. Elon Musk has made no secret of the fact that his approach to his lithium battery research (which led to the tesla) was to promote sutainability in the world (not just benefit the USA and his bottom line). At any rate, a Hydrogen car is electric so it is really two companies with the same goal, just going down different paths to the same destination; this can only be a win for the environment.

Hydrogen still has to be generated somehow to be used in a hydrogen fueled car. It’s a form of storage of energy, similar to the battery in an electric car. It’s only advantage is that its emissions are ‘clean’ consisting of just water vapour, which is an advantage in congested cities.

When will the various ‘futurist type’ believers understand that as non-renewable cheap fossil fuels [not to mention other essential non-renewable resources] run out, cars become an expensive toy of the past.

When they start to listen to the lies of the past Norman.

When will the various ‘futurist type’ believers understand that as non-renewable cheap fossil fuels [not to mention other essential non-renewable resources] run out, cars become an expensive toy of the past.

Electric cars are a drop-in replacement for most people today. Hybrids cover almost everyone else.