The government's proposal to allow SBS to average out the number of ads it shows per hour could save the multicultural broadcaster from budget cuts. But its former stars tell Crikey it's just not worth it. 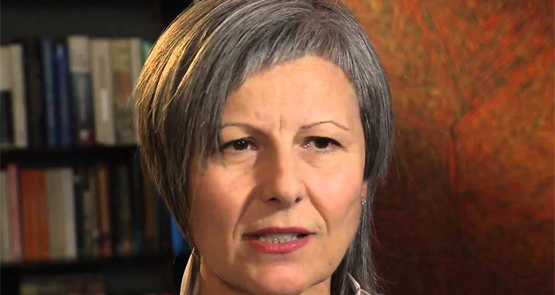 Public broadcasting stars Margaret Pomeranz and Quentin Dempster have thrown their weight behind a petition that calls on the government to abandon its plans to allow SBS to increase advertising in prime time.

The government’s ad-averaging proposal is expected to be put to Parliament before the May budget. Announced as part of the November package that will take nearly $250 million of the ABC’s funding over five years, it will allow SBS to average out its advertisements over the whole day. Currently, SBS is only allowed to air five minutes of advertisements per hour — allowing it to average out its minutes to a maximum of 10 an hour could see it air more ads in prime-time when they can make more money, and fewer in periods of low viewership.

The proposal has drawn censure from both public broadcasting advocates and the commercial networks, who argue, somewhat contentiously, that it will eat into their revenues. Its practical effect on SBS has been that the network has survived the cost-cutting at the public broadcasters relatively unscathed. It lost 1% of its funding in the May budget, but further losses have been minimised. The government’s legislation is expected to pull $28.5 million over five years from SBS’ funding, but allow the broadcaster to potentially make that back through added advertising in prime-time.

When the government’s proposal was released last year, it was welcomed by SBS managing director Michael Ebeid.

“In an environment where public broadcasting is under pressure and SBS is operating in a highly competitive media market, the ability to generate more of our own revenue helps us to secure the future sustainability of the organisation, without compromising our content,” he said in a statement.

“The Charter is at the heart of our organisation and the content we commission. I am confident and committed that should this legislation pass Parliament, SBS would only implement additional advertising in programs and timeslots where the advertising return could genuinely aid our ability to invest in more Australian content.”

But former SBS newsreader Mary Kostakidis, who for two decades was one of SBS’ most recognisable faces before leaving the network in controversial circumstances in 2007, told Crikey this morning that putting any advertising on a public broadcaster sets a dangerous precedent. Kostakidis joined SBS as part of the management team that helped set up the network in 1980.

“To use a cliché, it’s the old slippery slope,” she said of the ad-averaging proposal. “When ads were introduced, the minister at the time, and the head of SBS, believed they’d only occur between programs. The next step was ‘in natural breaks’. The next step was SBS creating artificial breaks in inappropriate spots — and the public were complaining about that. But the writing was always on the wall. Once you introduce advertising, it will be increased. That’s the temptation — then governments can reduce the amount of funding they provide. It goes from being a service to public in the spirit of public service to a commercial service with commercial objectives.”

The petition, launched yesterday by viewer lobby group Save our SBS, is the result of concern within the group’s membership over the proposal, Save our SBS president Steve Aujard says. “There are concerns this makes it impossible for SBS to be faithful to its charter,” he said, citing surveys done by the group that showed the greater the amount of advertising on SBS, the less the public felt it was meeting its charter obligations.

Pomeranz, who hosted At the Movies on SBS for 22 years before she and co-host David Stratton took it to the ABC, told Crikey this morning she hated to see the “decimation of the place”.

“I react against any ads at all,” she said. “SBS used to run films and documentaries without interruptions. It treated its audience with respect.” She urged people to read the SBS charter and “realise why the network was started”. “It’s been so important in raising the level of cultural acceptance in this country.”

“I remember in the early days, I got in a cab at SBS and was abused by the driver for working at ‘that wog station’. A few years later, a cab driver wanted to talk to me about the Greek movie he’d seen on SBS last Saturday night. There was such a perceptible change in the acceptance of cultural diversity. It was so sublime to work there. It was a marvellous adventure in television, and we were respected for it around the world.”

Former 7.30 NSW host Quentin Dempster, who took a redundancy from the ABC last year, said SBS had been created to address the failings of the ABC in programming for and by multicultural communities. “And with the current migration rate, let alone the poor refugees coming into the country, it’s more relevant and needed than ever,” he told Crikey. Making SBS’ budget further reliant on advertising would “change the brain-space of its executives”. “It would mean they weren’t concentrating on their reason for being, but on creating bankable programming, particularly in prime-time.”

To boot, Australia’s commercial TV networks didn’t need the competition, he said. “Look at poor old Channel 10. They deserve every bit of advertising revenue from the domestic economy that they can get. They don’t need SBS in there programming against them.”

Both Labor and Liberal governments have in recent years been reluctant to dip into their budgets to properly fund SBS, Dempster said. But, he urged, it was an investment in making newcomers to Australia welcome, and given geopolitical tensions, a worthwhile one. “We’re not talking a lot of money here. The political parties should think seriously about this.”

At a time when the Australian Economy is going to face hard times, why shouldn’t coddled Public Broadcasters pull a tad of the weight? They might also amalgamate so that [among other things] they might avoid fiascos such as SBS and the ABC bidding against one another for Asian Soccer matches?

Any type of advertising compromises networks.

One consequence is fewer public interest exposes of inferior &/or unethical products or businesses eg: imagine A Current Affair airing a report on harassment of employees – or wild boar meat in their burgers – at a high profile fast food chain which spends several million annually with the Nine Network.

Wot! SBS taking more advertising generally meant and probably destined for the commercials, and god forbid Foxtel. The question is, …will Rupert approve? Keep and eye on Rupert’s twitter he’s will have something to say about it.

Bill, you’re right. Rupe will swoop on Turnbull like a seagull on a crumb.

Could funny old Uncle Rupert actually save the day for SBS viewers?

We should put a levy on rich retirees to fund the SBS and eliminate the advertising completely.