The Glencore tax gaffe the media can’t tell you about

Glencore took a risk appointing the former head of BP as its director of environment and safety. But a blunder committed while under Chatham House rules suggests he remains as gaffe-prone as ever. 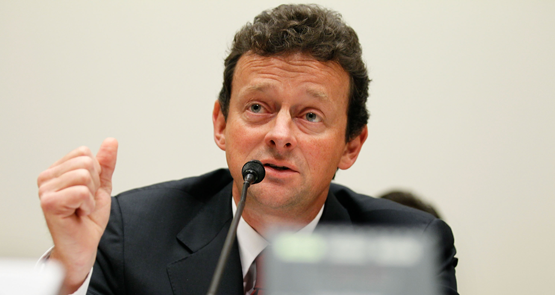 The world’s biggest coal miner, Glencore, took a calculated risk when it appointed director Tony Hayward as chairman last May.

Hayward was chief executive of BP during the largest offshore oil spill in US history, the 2010 Deepwater Horizon disaster, and it is probably not exaggerating to say for a while he was a leading candidate for most unpopular person in the world, right up there with late dictator Kim Jong-il or Iranian fanatic Mahmoud Ahmadinejad.

BP is still mired in lawsuits resulting from the spill, which will run for years and many more billions in compensation. The gaffe-prone Hayward upset Americans from spill victims to President Obama when he complained, in the middle of the crisis, “I want my life back”.

Hayward lost his job at BP in October 2010 and was made Glencore’s director of environment and safety in 2011. He assumed the chair on an interim basis after institutional investors revolted against former chairman John Bond during the hard-fought merger with Xstrata. Glencore’s shareholders were none too happy about Hayward’s permanent appointment but the board persevered, propelling something of a stellar comeback for Hayward.

You might remember that Swiss giant Glencore is one of the multinational companies squarely in the frame as a senate parliamentary inquiry gets underway into tax avoidance through schemes to shift profits from higher tax jurisdictions to lower tax jurisdictions using techniques like transfer pricing and thin capitalisation.

This sensational story by Fairfax Media’s Michael West last June, informed by a confidential source and former multinational executive, suggested Glencore had paid almost zero tax on its Australian coal business over the last three years. Furious, Glencore countered that it had paid $400 million in taxes in Australia over the same period — its accounts filed here are so opaque, there is actually no way of knowing — and launched an attack on West, accusing him of failing to understand that companies paid tax on profits, not sales, although West himself had made precisely that point in this earlier story.

It’s safe to say that tax is a hot-button issue for the miner — but Crikey can reveal that Hayward gave at the very least a misleading answer when asked about the issue just before Christmas at an Australian Institute of Company Directors lunch in Melbourne. The lunch was strictly Chatham House rules, meaning attendees could not source anything revealed, but Crikey didn’t attend the lunch and we’re therefore not bound by the rule.

According to Crikey’s informant, Hayward continued the attack on West at the Melbourne lunch, but appears in the process to have overstated the amount of tax Glencore paid by an order of magnitude. Asked how much tax Glencore had paid in Australia, Hayward responded:

“I honestly don’t remember what the actual recorded profit is in Australia but no it wouldn’t be 20-30 per cent. We haven’t made a lot of money in Australia the last few years because we don’t have a big copper business here. We have a big coal business and the coal price has been very depressed.”

A Glencore spokesman would not comment on anything said at the lunch, given the Chatham House rule, but repeated a claim the company has made before, that it has paid $8 billion in taxes and royalties in Australia since 2007.

Did Hayward make the overstatement deliberately? Or did he mistake royalties (payment for a resource) with taxes (a compulsory unrequited transfer)? Either way, it is another Hayward gaffe, and Glencore’s risky appointment is looking even less well calculated.

Glencore and the cautionary tale of Zambia

Who does the cost-benefit study that justifies the presence in our country of some of the largest but least profitable quarries in the world. At least, feigned unprofitability, which is the situation according to the owners and operators when tax time approaches.

BHP – once Australian, but following a scam of huge proportion perpetrated by our British masters, now essentially a British corporation. Not only do we no longer have the industrial might of the former BHP, we no longer have a say in its management.

CRA – similar to BHP, now folded into other less-valuable British firms and miraculously no longer Australian, apart from the holes left in the ground where they have operated.

At least Glencore is/was Swiss or any one of a bunch of other nations, but it has always been essentially non-Australian.

They are all now essentially brothers in arms, working as a cartel to depress the price of the resources that they mine in order to drive the smaller competitors from the table.

If it is essential that the NBN have a proper business case – although it still has not – then where is the business case that supports the notion that Australia is nought but a quarry for our post-colonial overlords and their corporate buddies to plunder at whim and without even leaving a decent fraction of their windfall gains in the country of origin?

Who is in charge here?

Guy, you really believe material this article couldn’t be run in any other media outlets?
You referred [not by a long way for the first time]to tax avoidance by International companies, so once again I ask you what about explaining how any Australian Government can stop it without the appropriate agreements among major International Economies’ Governments?

Norman – Paddy Manning wrote this article, NOT Guy Rundle.
Surely you have had your fill of tipping a bucket on Guy these past few days???

Thanks, CML, and I shouldn’t even blame Guy re editorial oversight either.
My request re explaining how an Australian Government can effectively do anything about “tax avoidance by International companies” DOES apply to both of them, and I expect that there’ll be no response from either on that, so CML, if you have a suggestion, please help them out.

Chatham House Rule. Singular. There is only one rule. http://www.chathamhouse.org/about/chatham-house-rule
Geddit right.