Razer: the pleasures of binge-watching

Staying up all night bingeing on Breaking Bad hasn't just changed the way we watch TV, but the TV we watch. Save for the fact I failed the unit soundly, there is really not much that I can recall from Introduction to Semiotics. But I do remember totally botching a group presentation with a guy who insisted on explaining the function of visual signs using only items found on the Starship Enterprise. I never did read Roland Barthes properly but I spent an entire weekend in Chippendale watching Star Trek: The Next Generation on VHS. Or rather, I spent the weekend watching somebody watching. He sat for rhapsodic hours but every so often, he’d explode in an interdimensional fury and say something like “for the sake of the United Federation! Point the photon torpedoes at Bre’el 4 and THEN use the tractor beam!”

This was the first binge-view I ever saw in action and it revealed inconsistencies and joys imperceptible to the rest of us. He had made it a habit to love and hate and know the program through repeat extended viewing and it was this practice that prompted William Shatner to tell the fandom to “get a life”. For years, we all laughed at the one-trek mind and marvelled that there were fools who could become expert in a single series. But, these guys were just early adopters. Now, we all do it.

Or, to be more exacting, about half of all American adults do it; Australian on-demand habits are trickier to track given that so much of our viewing within this Murdoch monopoly is (kind of) unlawful. We do know, however, that Australians love television as dearly as their US counterparts, spending an entire month out of every year in front of a screen. And, if sorry network ratings are any guide, it ain’t I’m a Celebrity, Get Me Out of Here we’re turning to in grateful droves. We’re watching the very best of HBO and counting down the days until we can sign up to Netflix, Hulu and Amazon Prime without telling mild fibs about our postal addresses.

More than 50% of US viewers surveyed in the PricewaterhouseCoopers study said they were likely to watch, in one sitting, multiple episodes of a series several times a year, and younger viewers said they were likely to make the binge a weekly or even daily delight. On-demand services are a critical, as well as a subscription, success with Amazon Prime’s Transparent and Netflix production House of Cards taking home two of yesterday’s Golden Globes. Binge-watchable programs score gongs, devotion and eyeballs in an era where Trekkies are no longer oddball but just another market segment. Across the last week, I watched three years’ worth of Girls to “prep” for yesterday’s season four premiere and I now know as much about Hannah Horvath’s wardrobe as my classmate did about Data’s evil twin. I acknowledge such behaviour to be unsound and compulsive. I also know it’s typical. And, enormously pleasurable.

This post-Sopranos era brings us not only the means to binge but the genuine temptation. We have a supply of TV drama and dramedy hitherto unmatched for its volume and excellence. In a 2013 report commissioned by Netflix, cultural anthropologist Grant McCracken delivered the unsurprising verdict that “better TV” was a primary reason for binge-watching. Similarly, in the PricewaterhouseCoopers survey, respondents agreed with the statement “there are too many shows to watch, and not enough time to watch them”. In other words, we binge because there’s so much good stuff. But, it’s also possible that there’s so much good stuff because we binge.

Creator of Breaking Bad Vince Gilligan credits binge-watchers with extending the life of his show. The slow burn of Walter White from powerless schlub to blazing psychopath was only made possible in the laboratory of on-demand viewing. Similarly, Arrested Development had its stay of execution offered first by ardent binge-viewers and then by a move from network to Netflix production. The intimacy of on-demand has allowed audience appreciation of television to build along with revenue.

Time-shifting has not only found a new way to fund risk-taking show-runners but it has changed the nature of the risk itself. Many shows are now written with the binge-viewer in mind. Beau Willimon, whose House of Cards is released as an entire series on a single day, writes a show that rewards the viewer’s immersion. Producer of Veep Simon Blackwell says that the need for tiresome exposition is diminished by marathon viewing and he wishes that “everyone would binge-watch it, because you have to keep bringing back a plot point for episode six, which, if people were watching in a three- or four-hour swoop, they would remember from episode four.” Thanks to repeat viewing, talented visualist Lena Dunham has been able to make us fluent in the visual language of Girls — one I’d probably understand better if I’d paid more attention in Intro to Semiotics.

Freed from exposition, cliff-hangers and ham-fisted symbolism, television as it is binge-watched finds new narrative paths. It occasionally misses the old ones, as Mitch Hurwitz discovered on the Netflix release of Arrested Development. “Watch it in order!” he cautioned audiences. “And not all at once!”

The freedom to overdose comes with side-effects for creators and for viewers. I remember fighting the desire to hiss “stay out of my territory” in the carpark at Bunnings after staying up all night to watch season two of Breaking Bad. I remember finding any image with more colour than a Gregory Crewdson work blinding after Six Feet Under. And I remember, just last night, wondering if Jessa’s impatience with Hannah’s move to Iowa was consistent with her arc.

The obvious way to beta my frustration was to point the photon torpedoes at Bre’el 4 and THEN use the tractor beam. 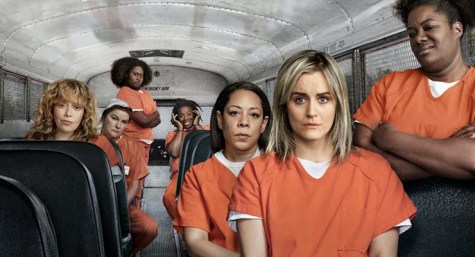 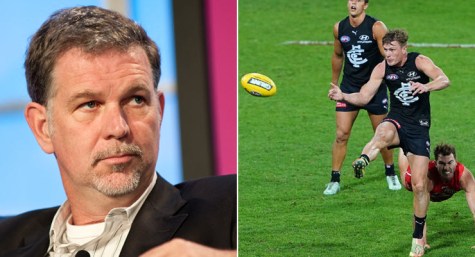 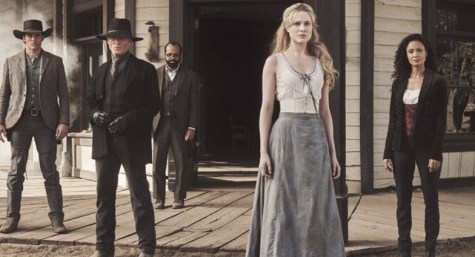 Enjoy this golden age of TV while it lasts