The country's most awarded indigenous publication, the National Indigenous Times, is in serious risk of closure after parent company Destiny Publications was placed into administration earlier this week. 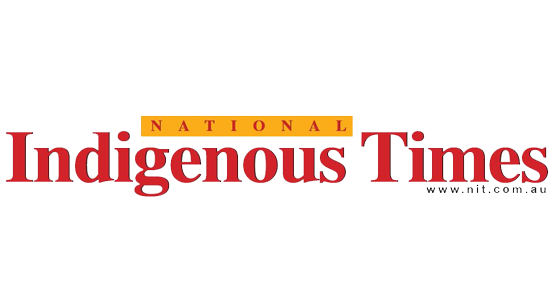 The country’s most awarded indigenous publication, the National Indigenous Times, is in serious risk of closure after parent company Destiny Publications was placed into administration earlier this week.

The appointment of administrators follows law firm Gilbert + Tobin filing an order in the New South Wales Federal Court seeking to wind up Destiny Publications in December last year over an unpaid legal bill. It’s not clear if this was the ultimate reason for the company’s administration, but Crikey understands the National Indigenous Times had been subjected to defamation action in recent months.

Crikey made numerous attempts to contact the National Indigenous Times this morning. We managed to reach owner John Rowsthorne on the phone, but soon after your correspondent introduced herself she was cut off. Further attempts to contact him were unsuccessful as his phone appeared to be switched off.

Administrator Liam Bailey of O’Brien Palmer told Crikey that given his firm had only been appointed to the matter late on Monday this week, they had “not yet substantially progressed” in their investigation, and as such he felt “unable to provide meaningful comment at this time”.

The National Indigenous Times was founded in 2002 by Rowsthorne, a former Packer executive and newspaper editor, as well as current New Matilda owner Chris Graham, Jacqui Newberry, Owen Carriage, and Beverley Wynder. Tamara Giles, wife of Northern Territory chief minister Adam Giles, was an early figure in the paper. At its peak, the National Indigenous Times had a circulation of around 10,000. It won a Walkley award in 2005 for its coverage of indigenous affairs, and received a high commendation for another Walkley in 2004. Queensland academic Stephen Hagan became editor in 2010, replacing Graham, and left in 2013.

In 2012, the paper was the subject of a Media Watch investigation that found the NIT published numerous articles that were reprints from other publications, usually taken without permission. The expose was conducted, then-Media Watch host Jonathan Holmes said, “more in sorrow than in anger”. The paper, he said, “made no bones about its political leanings … but it was a real newspaper”.

The National Indigenous Times‘ last issue for 2014 was released on December 17. “Our first issue of 2015 will be on the streets on Wednesday 28 January, 2015,” the fortnightly paper stated in a Facebook message last year. The NIT’s offices are due to reopen on January 19, according to a voicemail message.

Several of those formerly involved with the newspaper were unaware it had been placed into administration when Crikey called this morning. Graham told us he presumed he was still a shareholder in the publication, but had no idea it had been placed in administration. “I’ve had nothing to do with them since 2010, apart from them occasionally stealing stories I’ve written for other publications and printing them without my permission,” he said.

A meeting of creditors is to take place on January 21 in Sydney.

National Indigenous Times may yet get a lifeline

Once again well-intentioned decisions by whiteys has left the doors open for a good idea to drift off into a disastrous end. When [if ever?] will our middle class ‘elites’ learn from their repeated blunders.