Privatisation has always been the most effective method of moving state budgets back into the black. 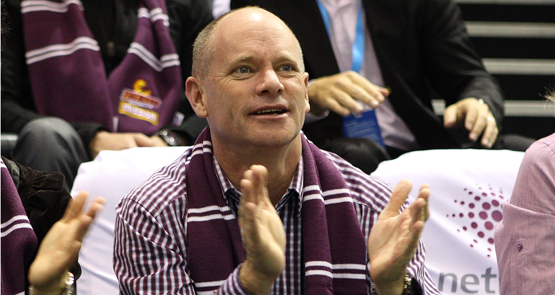 After almost three years as Premier, Campbell Newman has made only modest progress in his quest to pay down Queensland’s ballooning state debt.

Indeed, the latest annual report (see page 5) of the Queensland Treasury Corporation shows that its gross borrowings have in fact soared from $73.2 billion at the end of 2010-11 to a record $94 billion as of June 30 last year.

And this December 18 release by the QTC, Queensland’s central borrowing authority, disclosed that the state government is still battling with a hefty $12 billion financing requirement in 2014-15.

However, if Campbell Newman wins a mandate at the January 31 poll to sell off Queensland’s electricity distribution assets, the government should be able to avoid the state’s gross debt ever topping $100 billion. This is because privatisation is traditionally the only policy lever which delivers material debt reduction and 2015-16 is shaping up as a year which could deliver more than $25 billion through port and power sales by state governments in Queensland, New South Wales and Victoria.

The debt-clearing power of big privatisations is clear, as this list tracking government sales since 1990 demonstrates. John Howard inherited a $96 billion debt from the Keating government and lost office with a healthy $70 billion-plus deposited into the Future Fund, offset by $58 billion in outstanding federal bonds. This result would not have been achieved without privatising Telstra, Australia’s major airports and the remaining 50% of the Commonwealth Bank which were the biggest components of what finished as a circa $70 billion privatisation program during the Howard years.

Similarly, Victoria’s Kennett government reduced Labor’s $33 billion debt to about $10 billion over the balance of the 1990s largely thanks to the $30 billion it raised privatising gas and electricity assets. However, Victorian debt is now back up above $30 billion and there isn’t much left to sell.

This mega-list of Australian power privatisation deals and subsequent private sector energy industry transactions is likely to get seriously expanded this year if voters in NSW and Queensland approve the Liberal Party’s plans to sell their electricity distribution businesses.

The Australian Financial Review’s Street Talk column (no doubt prompted by the usual investment banking sources) even suggested last week that the early election is designed to give Queensland “first-mover advantage” over NSW in what is shaping up to be a combined $40+ billion electricity privatisation program. However, this won’t necessarily provide a huge budget boost for Queensland Treasurer Tim Nicholls because his state-owned electricity businesses are already overloaded with excessive debt on their balance sheets.

Unless Queensland electricity customers are to be clobbered with higher prices — unlikely after years of big increases — it won’t be easy selling these businesses and raising much more than the existing $17 billion debt-load they are carrying. That said, the AFR’s banker sources persuaded the Street Talk columnists to mention a figure of $30 billion last week.

Interestingly, the AFR ran a story off page 1 on Monday quoting anonymous business sources in Perth complaining that WA’s Liberal Premier Colin Barnett is refusing to privatise core utility assets such as the Port of Fremantle and its electricity holdings. For someone who was Richard Court’s energy minister during the 1990s when the Victorians were selling into a bull market, it’s a fair criticism to make. Selling now would effectively be an admission that Barnett made a mistake hanging onto these power assets during his first period in office.

Mayne: Queensland privatisation will not be mired in corporate cronyism

Brumby hailed as Mr Responsible as debt triples to $39b

Privatisation may well reduce debt, but any thoughts on the effect it has on your ordinary punter? In the power industry, the clear lack of investment in maintaining power lines and other assets and the constant increase in prices.

It is fatuous to bring us a discussion which addresses only this truism while ignoring all other factors. This is not even a half-article. It is merely campaigning for a certain outcome while ignoring everything that is contrary to the author’s objectives.

Mayne can and often does deliver much better than this.

Disappointing analysis for me too. One of the worst effects of privatization is private companies not training apprentices in the numbers that government utilities do. Only further deskilling the Australian workforce.

Mayne is of course suggesting a tradesperson sell their tools to cover their credit card debt.

Now that battery storage is just about viable with photovoltaics, there will be increasingly few home owners that will want mains power.

This will leave renters paying for the grid.