Dear conspiracy theorists: the jury is not out, water fluoridation works

In matters of public health, we can't let the conspiracy theorists crowd out the findings of real scientists, writes Queensland-based dentist Michael Foley. 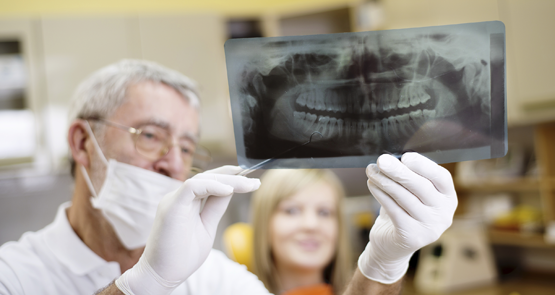 The not-completely-in-jest term “crazification factor” was coined when the wildly eccentric Alan Keyes was surprisingly well supported in a 2004 US Senate campaign against then-Illinois state Senator Barack Obama. It refers to the percentage of the population with a tenuous grasp on rational thought and an eagerness to embrace the conspiracy theory du jour.

Yes, we live in a wonderful world where the gullible can freely believe that vaccinations and “chemtrails” are killing us. Lots of people believe in fake moon landings, alien abductions, and homeopathy too. But while many conspiracy theories are harmless nonsense, promotion of others can impact adversely on public health. One of the longest running relates to the supposed dangers of water fluoridation, wonderfully satirised in the 1964 movie Dr Strangelove as an “… international Communist conspiracy to sap and impurify all of our precious bodily fluids.” Amazingly, this belief lives on, despite fluoridation safely reducing dental caries (tooth decay) around the world for 70 years, and being labelled by the US-based Centers for Disease Control and Prevention as one of the 10 great public health achievements of the 20th century.

A common accusation from the anti-fluoride lobby is that “study X” found that fluoride in drinking water correlates with “disease Y”, therefore fluoridation should be banned. Apart from the fact that most of the studies quoted are methodologically weak or irrelevant to water fluoridation, correlation is not causation.

This variability does not show that “science is divided” or “the jury is out”, a common claim from opponents of fluoridation. On the contrary. A diversity of results largely centred around the no-effect value confirms only that random variation (and sometimes bias) exists in all public health research, and supports the null hypothesis that no causal association exists between the two variables.

Invariably, studies cherry-picked by anti-fluoridationists to link fluoridation with disease Y are overwhelmed by larger studies and higher quality studies that find otherwise, or clear evidence on the ground that no such association exists.

“The mishandling of water fluoridation policy is a health, social, and financial calamity.”

Water fluoridation is one of the most heavily studied public health measures of all time, and the very consistent finding from the highest quality studies and reviews is that it safely and significantly reduces caries in both children and adults. The differences in the levels of caries attributable to the effect of fluoridated water are far greater than could be accounted for by any other confounding variable. The harms of smoking and public health benefits of seat belts and motorcycle helmets have never been demonstrated through randomised controlled trials either, but we’re very certain of their impacts on public health.

Unfortunately, many Australians are still denied the benefits of water fluoridation. Most Australian cities fluoridated their water supplies in the 1960s and ’70s, but successive Queensland governments left fluoridation decision-making to local councils. Understandably, when faced with all capital and ongoing costs, and a lack of support from state governments, most councils expressed no interest. By 2007, only 5% of Queenslanders had access to fluoridated water, in contrast to around 90% of Australians in other states. This changed only after legislation was finally passed in 2008 to mandate fluoridation in communities with populations over 1000. The fluoridation roll-out program continued until 2012, when a new government inexplicably back-tracked, despite having supported the previous government’s legislation unanimously in 2008, and once again legislated to make water fluoridation a local government issue.

Many councils cited cost pressures for their subsequent decisions to opt out of fluoridation, despite the costs of fluoridation being outweighed many times over by saved dental treatment costs. Others were swayed by a relentless misinformation campaign from science sceptics, conspiracy theorists, and “complementary and alternative medicine” practitioners. A similar recent campaign in northern NSW resulted in their Chief Medical Officer being threatened with Sarin gas, and one fanatic urinating at the front door of a local dental surgery. The net result is that around 500,000 regional Queenslanders and population pockets around the country still miss out on the decay-fighting benefits of water fluoridation.

It’s time for scientists and health professionals to be counted on water fluoridation. Public health policy in Australia must be based on the weight of high-quality scientific evidence and the best health interests of Australians, not conspiracy theory websites and irrational scaremongering from eccentric fringe dwellers with the crazification factor coursing through their veins.

Fluoride: The mother of all band-aids

A (follow-up) guide to Australian denialism

The unavoidable truth about the latest jobs data