Baird on the back foot as enigmatic Foley blitzes PR war

Recently ordained NSW Opposition Leader Luke Foley has been making waves in state media, thanks in large part to supportive coverage from The Daily Telegraph. 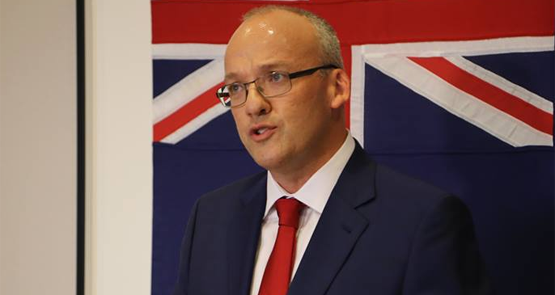 When New South Wales Labor chose a new leader on January 5, the mainstream media presented the succession as a move from the Right (John Robertson) to the Left (Luke Foley). Indeed, Foley was introduced as leader of the “hard Left” faction to emphasise the magnitude of the political shift. However, voters have been quick to discover that while Foley’s ascension to the leadership means a change of course, it is not necessarily to the Left. To many it seems like a return to the media-driven hoopla of the Bob Carr-era when Labor’s undivided attention was on how many “hits” it received in newspapers, radio and television.

Foley’s plan to gain voter recognition is simple — go spinning — and it is working, thanks to the Sydney media which, it must be said, never warmed to “Robbo”.

Learning at the feet of his mentors like Carr and Bruce Hawker, Canadian-born Secord is the operative in charge of selling his largely unknown leader to voters between now and the election on March 28. This week he bagged yet another big trophy by scoring front-page headlines in Rupert Murdoch’s The Daily Telegraph: “TURF WAR OVER TAX — Labor’s bold bet to win the votes of racing fans (Exclusive)”. For good measure, the story also covered a further page inside (page 4), plus an editorial hailing Foley’s plan to cut NSW racing tax to bring it into line with Victoria’s (page 20).

In fact, Premier Mike Baird’s Coalition was already due to cut the NSW racing tax, the highest in Australia, in this year’s state budget, but that fact was lost in Tuesday’s Foley/Secord “exclusive” in the Terror. It forced Treasurer Andrew Constance to front the press to declare that Labor’s proposed cut would strip $339 million from the budget over four years and he condemned Foley’s “irresponsible” meddling with state revenues. But it still left the Coalition on the back foot and inadvertently providing massive coverage for Foley and the Tele that has become the champion of a lower NSW racing tax (and encouraging the mug’s game of gambling).

Foley stole another march on the Coalition when he borrowed a Greens initiative and said NSW should immediately legalise the medical use of cannabis for terminally ill patients. He labelled the government’s program for a further $9 million trial as time-wasting and Premier Mike Baird, who has courageously championed the case for medicinal cannabis, suddenly found himself cast as a foot-dragger. (He couldn’t respond personally because he was on an official visit to India).

Health Minister Jillian Skinner faced the media saying Foley’s call was “irresponsible”. Yet again, instead of setting the agenda, Skinner was responding to Labor’s PR stunt and providing useful footage for any future Labor TV advertisements.

“Foley’s conscience is a thing of immense malleability … “

Unfortunately for Baird and Constance, their media is controlled by Imre Salusinszky, a right-wing academic, and former satirical writer for The Australian Financial Review and political correspondent for The Australian, who is no match for the tabloid guerrilla tactics of Labor’s team.

Behind the media follies, Foley is mapping a new ideological course for the ALP. For example, at his very first press conference, Foley declared his support for the Coalition’s privatisation of the ports of Botany and Port Kembla causing a flurry of angry phone calls and emails around the Illawarra.

Former opposition leader John Robertson had opposed the $5 billion privatisation in 2013 and he was staunchly backed by all Illawarra MPs from traditional working-class seats where jobs are a hot issue.

Wollongong MP Noreen Hay, whose preselection was assured after support from Foley-supporter and Labor party state secretary Jamie Clements, said last week: “I will very strongly and vigorously argue that case (against privatisation) within the Caucus. We will, on occasions, differ in opinion on certain things and I think that’s very healthy and something that encourages debate within the party.”

To his left-wing comrades, Foley will remain in political limbo until he accepts gay marriage, which has reached “cargo cult” status in inner-city branches. Since becoming leader he has stated he now has an “open mind” on marriage equality. This is a big step forward from his position last November when he joined the hardline right-wing MPs from the Liberals, Nationals, Fred Nile Christian Democrats and Shooters to defeat same-sex marriage legislation, 21 votes to 19. He voted against it in line with his strong adherence to the teachings of the Roman Catholic Church and his Irish-born wife and in-laws.

Foley made his position even clearer in 2012 when he offered the view that “homosexual relationships are different to a married relationship” and that a “procreative relationship open to the possibility of children” was an “essential feature of marriage”.

As we have seen, however, Foley’s conscience is a thing of immense malleability and I believe it could tolerate a “road to Damascus” change before the state election. And another Telegraph “exclusive”, of course.

Baird on the back foot? Seriously?

If Foley manages to improve numbers for the ALP at the election even slightly it will be an impressive coup.

I think Foley was on the front foot and making strong progress UNTIL that Tele ‘exclusive’. I’ve been following the reaction to it and it hasn’t been pretty. The Tele’s editor Paul Whittaker might be chuffed, but the community isn’t. Plenty of people are shocked that Foley’s first big announcement was a massive tax cut for the wagering industry. It’s a terrible look, despite the positive portrayal of it in the bizarro world that is the Tele.

If Foley’s conscience is really a “thing of immense malleability”, that just puts him in the middle of the road of an immense line up of Labor power brokers and leaders in the recent past.

Labor has recently fallen into the trap of being too focus group driven. A malleable conscience is not a good thing to have around such new age political vehicles.

Honeymoon with the Tele eh? My Dog….

Foley is just another career politician. Nothing to see here.

I’m sure he will faithfully recite the views of his party onto his constituents until another scandal stacks another straw upon the camels back.

The most amusing piece was the comparison between Bob Carr and Foley. They’re hardly in the same class as politicians.