Blockbusters, biopics and a brand-new Star Wars -- the big films of 2015 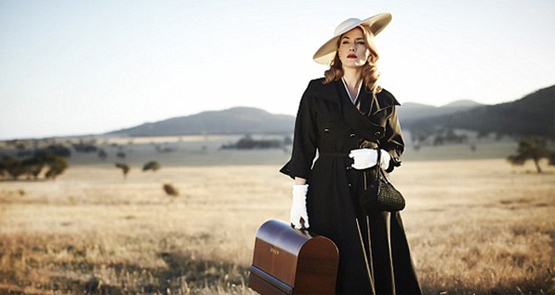 It’s hard to know whether 2014 was a particularly grim year or whether a certain kind of person — relatively affluent, relatively unaffected by war and famine — was simply exposed to more meat hook realities than they’d care to know about. It certainly felt like a grey cloud hovered over these last 12 months. As Guy Rundle put it last week in Crikey: “There wasn’t a single place in the world which appeared to be having a win. It was either tragedy or just a general grinding on.”

The movie industry was not immune to what Hunter S. Thompson would probably have described as one foul year of our lord. The death of one of the great contemporary actors, Philip Seymour Hoffman, shook it hard. The death of Robin Williams, harder still: the image of the sad clown, with all its twisted connotations, will never lose its potency. Hollywood finished 2014 reeling from an unprecedented cyber attack; all of a sudden that dopey Seth Rogen comedy became kind of horrifying.

But as one year ends another begins, and somehow Michael Bay is still a free man, sipping cocktails and roaming the streets. Pushing aside the misery of last year, cinema in 2015 offers plenty to get excited about. It depends on your taste buds, of course, which is why Daily Review presents a view of the year separated into six key areas of interest. By no means is this a comprehensive list, but it should give you more than a couple of titles to look forward to …

What’s a year in Hollywood without a buffet of blockbuster franchises, served up in huge bloated running times that make you waddle out of the cinema nursing your tummy and rubbing your eyes? Probably financial catastrophe — but let’s not let business realities get in the way of good old fashioned snark. Tinsel town’s sacrilegious strategy of regurgitating popular brands and sucking their proverbial teat until it is bone dry will of course continue in 2015. There’ll be a new Terminator movie — a supposed reset titled Terminator Genisys. If you thought “hey, that’s not how you spell that word”, you were right — but in Hollywood, even films with Oscar-nominated performances feature titles containing sins against the English language. Daniel Craig as 007 will be back in Spectre (from Sam Mendes, who also directed the excellent Skyfall), as will agent Ethan Hunt (Tom Cruise) in Mission: Impossible 5 and Katniss Everdeen (Jennifer Lawrence) in the final Hunger Games instalment. The year will also herald the return of Max (first name: Mad) in Fury Road, a bunch of CGI dinosaurs in another Jurassic Park movie (Jurassic World) and Joss Whedon’s assembly of Avengers. There’s also a small, independent, no-name art film in the works called Star Wars: Episode VII — The Force Awakens.

My film, my way: the auteurs

Quentin Tarantino got into a massive hissy fit when the screenplay for his upcoming western The Hateful Eight was leaked online. The 51-year-old writer/director/actor-with-limited-ability-to-pull-off-an-Australian-accent (have you seen Django Unchained?) was so upset he initially announced he was abandoning the project then sued Gawker Media for linking to the script. The case was thrown out of court but the film is very much back on the cards. QT is far from the only auteur whose name will appear on the 2015 slate. Martin Scorsese will return to religion (after The Last Temptation of Christ and Kundun) to tell the story of two Jesuit priests circa the 17th century who travel to Japan to spread the Good Word (Silence). The Coen Brothers’ will be back with Hail, Caesar! (set in Hollywood in the 1950s) and the now unusually prolific Terrence Malick (who directed two of the most acclaimed films of the 1970s then disappeared for 20 years, returning with 1998’s The Thin Red Line) has another offering in the works: Knight of Cups. There’s also new films from Ron Howard (In the Heart of the Sea), Ridley Scott (The Martin), Steven Spielberg (St James Place), Gus Van Sant (Sea of Trees) and Paul Thomas Anderson (Inherent Vice).

An anonymous source using the handle “citizen four” contacted Academy Award-nominated director Laura Poitras via encrypted emails in 2013, warning her of government monitoring of online communications and massive covert surveillance programs. The source’s name was Edward Snowden, and Poitras’ documentary Citizenfour gained unprecedented access to the now infamous whistleblower. It opens in Australia in February. Serial rabblerouser and zeitgeisty filmmaker Alex Gibney (whose body of work includes The Armstrong Lie, We Steal Secrets: The Story of Wikileaks and Enron: The Smartest Guys in the Room) will take on the “church” of Scientology in HBO doco Going Clear: Scientology and the Prison of Belief. Australian documentarian Matthew Bate will capture the story of a man who has filmed himself religiously since the ’70s in Sam Klemke’s Time Machine. Aussie-based blockbuster Christian band Hillsong United will take centre stage in Hillsong: Let Hope Rise. Director Louis Psihoyos, who won the Best Documentary Oscar in 2009 for the spine-chilling The Cove, will investigate black markets trading endangered species in Racing Extinction.

Keep that brow high: the Europeans are back

One of Europe’s most revered directors, Michael Haneke, is a favourite around the art film circuit. Most recently the Austrian filmmaker wowed (and depressed) audiences with powerful dramas The White Ribbon (2009) and Amour (2012). Both won the Cannes Film Festival’s most prestigious award, the Palme d’Or, placing more than an iota of expectation on Haneke’s next project Flashmob, about characters who meet via the internet. Or, as Haneke put it with his trademark seriousness: about “the fragile relationship between media and reality”. There’ll be plenty of other offerings from the Euros including new films from Wim Wenders (Everything Will be Fine), Tom Tykwer (A Hologram From the King), Werner Herzog (Queen of the Desert, with Nicole Kidman as British explorer Gertrude Bell) and Paolo Sorrentino (The Early Years, his follow-up to the Oscar-winning The Great Beauty).

In his 1989 autobiography Miles, Miles Davis claimed he never so much as picked up a trumpet from 1975 to 1980. The jazz stalwart reportedly exaggerated the extent to which he took a break from making music, but that period is nevertheless an interesting one to form the focus of a biopic. Miles Ahead is not only Don Cheadle’s directorial debut; he’s also co-writer, lead star and producer. Emerging actor Dane DeHaan (excellent in 2012 found footage film Chronicle and as the Green Goblin in 2014’s The Amazing Spider-Man 2) will doff a leather jacket to play James Dean in Life; Robert Pattinson will co-star as photographer and pal Dennis Stock. Jason Segel will play author David Foster Wallace in The End of the Tour, Zoe Saldana will play jazz musician Nina Simone in Nina, Meryl Streep will doff her political activist hat to play feminist Emmeline Pankhurst in Suffragette and Jennifer Lawrence will play the inventor of the Miracle Mop (no, really) in Joy. Also, Elton John will find his perfect big screen imitator — and veritable spitting image — when Tom Hardy appears as the Crocodile Rock singin’ star in Rocketman. Hang on, what?

French superstar Vincent Cassel is a father of an 11-year-old son in director Ariel Kleiman’s feature film debut Partisan, in a role originally given to Inside Llewyn Davis star Oscar Isaac. His son, by the way, is a trained assassin, so presumably this is a feel-good action movie. Red Dog director Kriv Stenders returns, carrying with him the first appearance in an Australian film for British star Simon Pegg, for the reportedly Tarantino-esque time-shifting non-linear crime drama Kill Me Three Times. If you’re a fan of classic 1991 Australian film Proof, about a possessive blind photographer played by Hugo Weaving, your antennas should be propped up and ready for the new film from its director Jocelyn Moorhouse. She describes The Dressmaker (with a bumper cast including Weaving, Kate Winslet, Judy Davis, Sarah Snook and Liam Hemsworth) as “Unforgiven with a sewing machine”. For Aussies working overseas, new films will emerge from The Proposition and The Road director John Hillcoat (Triple Nine) and from Snowtown director Justin Kurzel, adapting a little-known play called … Macbeth.

The unfair caste system of the AACTAs (crew, you may use the tradies’ entrance)