Poll Bludger: Campbell’s gamble paid off — but it might not last until election day

Campbell Newman's decision to call an early election looks like it's paid off -- but pollsters are right to be treating his rise in popularity with suspicion. 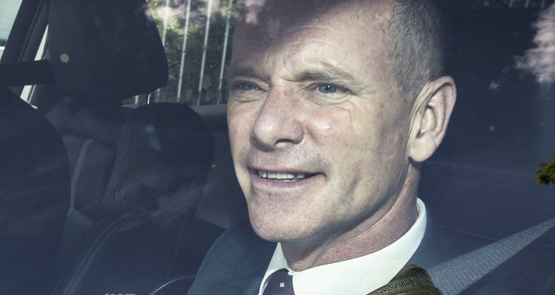 After spending most of 2014 in an alarmingly deep trough in the polls, Campbell Newman awoke on Saturday to gratifying headlines suggesting his early election gamble had paid off.

The two polls published on Saturday were among three that have emerged since Newman’s announcement of the January 31 poll date last Tuesday, each of which has delivered broadly similar results.

First cab off the rank was an automated phone poll of 1583 respondents conducted by ReachTEL for the Seven Network immediately after the election was called, which found the Liberal National Party leading on the primary vote by 40.3% to 38.1%.

The weekend’s polls came courtesy of The Australian and The Courier-Mail, both being live interview phone polls of around 800 respondents, respectively conducted by Newspoll and Galaxy.

These results leaned slightly further to the LNP than ReachTEL’s, with Newspoll putting the lead at 42% to 38% and Galaxy having it at 41% and 38%. However, all three pollsters’ results were in the range of each other’s error margins.

The chart below records the trend of polling since the 2012 election, with the clear uptick for the LNP at the end being entirely a product of the latest results.

However, it should equally be observed that Labor is still on the upswing, with the plunge in support for the Palmer United Party over the past six months creating room for improvement for both major parties.

Despite the apparent clarity of the picture to emerge from the latest results, there are reasons why they should collectively be treated with caution.

The frenzied events of the past week may have given Queensland politics watchers reason to lose sight of the fact, but the summer recess remains in full swing and the public by and large has other things on its mind.

An unusually large number of voters will have been away on holiday last week, and thus beyond the reach of the favoured contact methods of opinion pollsters.

Weighting methods should in large part have accounted for the anomalies this will have caused, but the fact remains that pollsters shy away from holiday periods when they can — and do so for good reasons.

The second issue is how minor party and independent preferences might behave, a point underscored by the disparity between the various two-party preferred results.

Despite the noted similarity of the primary vote results, ReachTEL and Newspoll in particular arrived at contrasting headline figures of 50-50 in the former case and 53-47 in favour of the LNP in the latter.

This would seem to be at least partly down to different assumptions about the flow of preferences.

Each of the three pollsters seeks to apply preferences in the same way that they flowed at the last election, but this is particularly problematic in the present circumstance.

Queensland’s optional preferential voting system means a proportion of the minor party vote fails to pass on as preferences, introducing a new and particularly volatile variable into the equation, given that the last five state elections have seen the rate of exhausted preferences increase dramatically.

Even if preference allocations did stay in one place, state electoral agencies do not make the effort to publish minor party preference flows in detail, so an element of guesswork is inevitably involved.

It can certainly be hypothesised that the improvement in Labor’s political stocks compared with its disastrous position at the last election will translate into a more favourable flow of preferences this time around. But until January 31 rolls around, a hypothesis is all it will be.

Perhaps the safest interpretation of the polls is that they are consistent with what was already the conventional wisdom — that Labor can hardly fail to take a huge bite out the LNP’s unprecedented majority, but converting their current tally of nine seats into the 45 needed for a majority will be a bridge or more too far.

That being so, the crucible of this very strange election is not the statewide political temperature as measured by the latest polls, but Campbell Newman’s hold on his seat of Ashgrove.

Whichever way preferences are sliced, present indications are that the overall swing will be well beyond Newman’s 5.7% margin. Unless the early momentum to the LNP can carry through the remainder of the campaign, Newman will have to pull off an impressive sandbagging operation if is to remain as Premier come February.

Can Shorten pull it off on July 2? Not if Queensland is any guide

[The chart below records the trend of polling since the 2012 election, with the clear uptick for the LNP at the end being entirely a product of the latest results.]

I cant see the chart, am I doing something wrong?

I’d not be surprised to find the Coalition campaigners saying Labor claims you can’t be sure who’s going to be Leader if the Coalition wins; but it’s far more worrying knowing who’ll run the State if Labor wins.

Moksha I couldn’t find the chart either.

As long as anyone named Norman isn’t running it.