Kerry Stokes' thin-skinned decision to meet biography with biography backfired spectacularly, with more of the media mogul's private life before the public eye than ever. 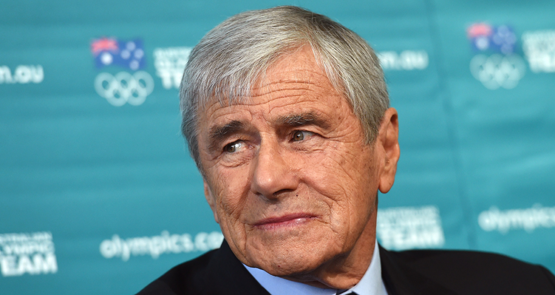 Apart from Kerry Stokes, has anyone read the two competing books by Andrew Rule and Margaret Simons on the billionaire media mogul?

The two authors in question are yet to read their competitor’s effort, but may get around to it once the summer is finished. It’s not yet clear what Stokes himself thinks as the 73-year-old hadn’t yet opened the Rule book as he commenced his annual new year skiing holiday in the US.

Having now read most of both books, if I were punting on the Stokes reaction it would be that he isn’t happy and wishes neither had been written.

There will certainly be plenty of people who will be annoyed by the interpretations in the Rule book and for this Stokes only has himself to blame as he actively courted the News Corp journalist to produce it.

In hindsight, Stokes made a mistake in being so hostile towards his unauthorised female biographer who was commissioned by Penguin to write Kerry Stokes: Self-Made Man.

For starters, his authorised counter-book strategy more than doubled the amount of material that would be published about him and he has plenty of baggage — particularly related to his three wives, womanising and children — that would have been best left unsaid.

Margaret Simons is a credible author, so the Stokes aggression towards her was presumably based around the flawed assumption she was “a hostile lefty from Crikey”.

As it turns out, her book was far from a hatchet job and she received a lot more co-operation from previous and current associates than Stokes was expecting.

The Rule book fills in some very important gaps in terms of Stokes’ China dealings and issues such as the brief partnership with Kirk Kerkorian when they together owned Hollywood studio MGM in the 1990s.

However, Rule has never been a business journalist and missed some of the major moments.

For instance, it was only former partner Jack Bendat’s caution and refusal to expand outside Western Australian that prevented Stokes from trying to outbid Christopher Skase and Frank Lowy when they disastrously snapped up Channels Seven and Ten respectively in the late 1980s.

And this whole theme about Stokes masterfully picking the top of cycles is simplistic to say the least.

James Packer deserves credit for being the only mainstream media proprietor in the world who sold out at the top of the boom before the GFC and the internet combined to decimate print media.

Stokes could have done it too, but he only sold 50% of Seven and Pacific Publications to Packer’s private equity underbidder, KKR, in 2006. He then foolishly bought much of it back as KKR progressively exited years later.

If Stokes really wanted the power and prestige of owning a television network he could have picked up Network Ten on the cheap now or bought into Seven or Nine once the bankers had taken charge.

Instead, he left his 100% owned WesTrac business saddled with about $1 billion in private debt going into the GFC, sparking the controversial merger with Seven Group Holdings that has failed to live up to expectations.

Similarly, Stokes’ March 2014 plunge into Nexus Energy is now looking poorly timed given the crashing oil price and Seven Group Holdings must be well under water on what was billed as a $350 million play after subsequent capital expenditure.

Glenn Dyer summarised the deteriorating Stokes position in this Crikey piece shortly before Christmas. Fast forward three weeks and shares in both Seven West and Seven Group are now trading near 10 year lows.

Sure, Stokes has still amassed a tidy private fortune but he’s now clearly well behind James Packer, Rupert Murdoch and most other billionaires when it comes to delivering for minority shareholders in public companies.

And all the while he is proving to be a super-sensitive media mogul who is happy to publish trashy magazines that gossip about celebrities but over-reacts when his own past is mentioned in dispatches.

For instance, Crikey can reveal that Stokes had lawyers all set to lodge an injunction application in the Federal Court to stop the publication of the Simons book.

This was based on the rather flimsy point that Fairfax’s Good Weekend magazine got one minor point wrong on the “Jill Singer saga” when it extracted the Simons book.

The Stokes camp played a heavy game against Fairfax at the time. Similarly, then editor of The Canberra Times, Mark Baker, also copped an over-reaction from the Stokes camp when columnist Jenna Price made a passing reference to the Singer saga a few years back.

If he doesn’t like the attention, perhaps Stokes should follow the lead of James Packer and sell his media interests.

Stokes and the vexed issue of editorial independence