Fairfax's long-awaited takeover of Metro Media Publishing is complete, taking to $175 million the amount of money the company has spent buying back property-advertising revenues in the past decade. 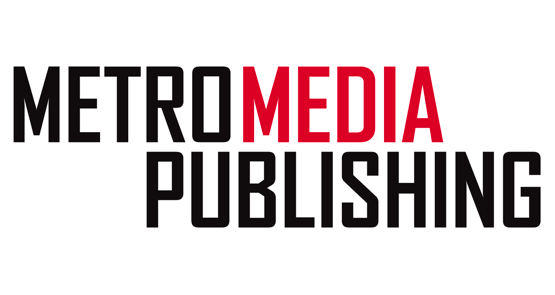 Fairfax’s $72 million takeover of the remaining half of Metro Media Publishing Holdings means the publishing company has spent $175 million so far buying back property advertising revenues from Victorian newspaper groups in the past 12 years.

MMP was formed by then-former (now current) Fairfax executive Antony Catalano in April, 2010, to target the real estate agents who are solely responsible for the continued commercial success of Australia’s local newspapers. By giving real estate agents the ability to buy directly into the papers in which they advertised, MMP revenues grew rapidly. They did this, at least partly, at Fairfax’s expense. It’s estimated the glossy magazines took $20 million in real estate advertising off Fairfax with backing from the real estate agents who owned MMP.

Fairfax sought to end this in 2012 by buying half of MMP for $35 million. Adding the transaction announced to the ASX this morning, the company has now spent around $175 million buying back its property advertising revenues from Melbourne newspaper groups in the past decade. As well as MMP, it also paid around $65 million in 2004 to secure the rival Text Media operations — whose publications included the glossy suburban newspaper The Melbourne Weekly — in a bid to shore up its classified advertising base.

The full takeover of MMP — long expected by the market since Fairfax bought half the company three years ago — removes a roadblock in the way of the group’s national roll-out, staff at the small Victorian local-news group have been told this morning. Crikey understands the journalists’ union has been given a verbal assurance that no job losses would result. Staff were exiting meetings with management as Crikey went to press, and had been told it was “business as usual” despite the takeover. At the moment, there are no plans to expand the company’s print assets — MMP is the majority owner of 15 local newspapers in Melbourne employing between 30 to 40 editorial staff.

In a statement to the ASX this morning, Fairfax CEO Greg Hywood tied the acquisition to Domain’s continuing “aggressive national expansion”.

“The consolidation enhances our roll-out nationally of the agent equity model successfully pioneered by MMPH (MMP Holdings) in Victoria,” he said.

When Fairfax first bought into MMP, it did so through The Age. However this morning’s transaction sees ownership transfer to the media company’s real estate arm Domain, where Domain’s now-CEO Catalano will resume control over the group he founded. Crikey has previously described his elevation as indicating that it was more MMP taking over Fairfax’s Domain than the other way round — statements about expanding the agent-equity model certainly add weight to this suggestion. “Fairfax has bought two things,” a well-placed source told Crikey this morning. “One is the agent-equity model. They can see how powerful it is. And they’ve also bought the ability to leverage the rapidly-growing Review Property business nationally.”

The half-purchase of MMP meant agent-ownership structure of the parent company had led to complications for the group’s national growth. The company started in Victoria with Victorian agents, meaning real estate agents in New South Wales, for example, were reluctant to advertise heavily on MMP’s online portals (principally reviewproperty.com.au) when the profits from doing so went to Victorian agents. Or as MMP chief operating officer Trent Casson wrote to staff, “agents in other states had no interest in an equity model that created value for a small number of agents in Melbourne”.

Fairfax’s full ownership of MMP changes this structure, with MMP’s founding shareholders to be given shares in Fairfax. Fairfax will issue approximately 68.5 million new Fairfax shares as part of this transaction. After this share issue the MMP foundation shareholders will together hold approximately 2.8% of Fairfax’s total shares on issue. The value of the Fairfax shares to be issued is set at 78 cents per share, which is the 45-day, volume-weighted average price of Fairfax shares up to December 31, 2014.

Individual print publications will remain around 30%-owned by local real estate agents — a model MMP has already launched in Western Australia and is hoping to roll out nationally. Meanwhile, Fairfax is left to grow reviewproperty.com.au — which it dubbed this morning the “fastest-growing” property site in Australia. News Corp’s realestate.com.au remains by far the most popular real estate website in the country.

Crikey chairman Eric Beecher was cofounder and owner of Text Publishing. He sold it to Fairfax in 2004.

The wily business model that catapulted Domain to the big time