Six ways to deal with the far-right

The fallout from yesterday's Charlie Hebdo will likely produce a wave of support for far-right parties. Here are some practical lessons in dealing with extremist political parties. 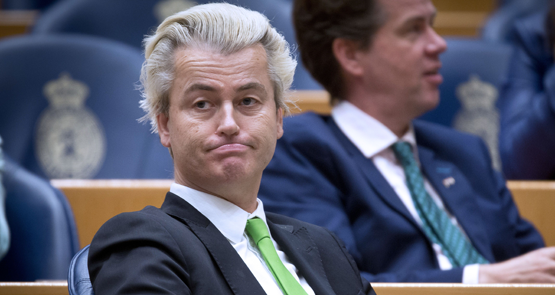 Yesterday’s horrific news from France reminds us that the question of how to deal with extremism is a major political issue in Europe.

Ironically enough, the short-term effect of the attack is quite likely to be a further swing to the parties of the far-right, due to their anti-Muslim stance — even though that’s probably just what the terrorists would want, and even though the French National Front political party would have more in common philosophically with the gunmen than with the staff of Charlie Hebdo.

In any case, this tragic turn of events should give us pause for thought, as well as a good reason to construct a new, actionable Crikey list: six ways of dealing with the far-right, or a spectrum of strategies for the case where extremist right-wing parties hold (or threaten to hold) the balance of power. (Much the same options work for the far-left as well, but that’s a slightly different story.)

Austria (part one): Bringing the extremists within the fold

In 1999, the far-right Freedom Party, led by the charismatic Joerg Haider, won the balance of power between the centre-right and centre-left in Austria. The centre-right People’s Party controversially cut a deal for a coalition government; Haider himself remained out, but his colleagues joined the ministry, leading to sanctions being imposed against Austria.

Tactically, however, the coalition was a great success. No longer able to pose as outsiders, the Freedom Party lost most of its support and soon split, leaving the People’s Party in a strong position to dictate terms after the next election.

In the Netherlands, the far-right is represented by the Party for Freedom, led by strident anti-Islamist Geert Wilders. In 2010, it came third in the general election, holding the balance of power between the established parties. No one was willing to take Wilders into coalition, but two centre-right parties formed a government that relied on Wilders’ support for its parliamentary majority.

The experiment ended badly — the Party for Freedom walked out on the deal after less than two years due to disagreements about austerity measures. But, in terms of curbing Wilders’ support, it was a success: a balance-of-power politician is only as powerful as the deals he can cut and Wilders had lost his leverage. At the following election, Wilders’ party lost a third of its votes and majority government was able to be formed without him.

In 2006, Austria again faced the situation of the far-right (now two parties instead of one) holding the balance of power. This time the centre-right went the other way and negotiated a grand coalition with its centre-left rival, the Social Democrats, to keep out the far-right.

Germany’s major parties did much the same thing the previous year to keep out the far-left. That kept the extremists out of power, and still does. Austria’s grand coalition was renewed after the two subsequent elections. But, the price has been a steep decline in support for the two major parties, which now command only a bare majority of the vote between them. So this strategy looks to have a limited life span.

France: Pandering to the extremists

France has a different worry to most European countries, because the lack of proportional representation in its Parliament means the far-right is unlikely to hold the balance of power, but its influence in presidential elections can be decisive. That’s what led the centre-right’s Nicolas Sarkozy, both before and after the 2007 election, to shift rightwards on immigration issues in the hope of soaking up some of the National Front’s support.

In the short term, that strategy won Sarkozy the presidency, but it failed to temper the sting of the National Front: the party now enjoys record support, and Sarkozy lost the subsequent election anyway. A similar strategy, however, worked will for Australia’s John Howard, who also was able to rely on the electoral system to mostly keep our extremists (read: One Nation) out of Parliament.

Bulgaria’s far-right party, Attack, had a potentially king-making role after the 2013 election, when the socialists and liberals won exactly half the seats between them, with Attack making up the difference between them and the centre-right. But a socialist-led government was formed anyway, trusting that the extremists would abstain in enough numbers to allow it to survive.

They did, at least for a while. Early elections had to be held the following year, but by then there were more competitors on the Right and the extremists were marginalised, allowing a new centre-right coalition to form a majority government.

And that finally brings us to Sweden, whose centre-left government was almost forced to an early election last month. After September’s election, in which the far-right Sweden Democrats won the balance of power, the centre-left had tried just ignoring them and forming government anyway. That didn’t work.

Rather than return to the polls, the centre-left and centre-right came to terms. Not for a grand coalition, but an agreement that would effectively deal the far-right out of power, by pretending they don’t exist and deciding on government among themselves.

The centre-left therefore is guaranteed to stay in power for the rest of its term, in return for policy concessions to the centre-right. After that, unless it can win a majority in its own right, the centre-right will take a turn. Only time will tell whether this strategy works to marginalise the extremists, or just gives them added ammunition.

How will Scott Morrison react to world election results?

Asylum seeker experiences around the world

Might an especially effective way to deal with the extreme Right be for the leaderships of The Institutional Left to stop pandering to those groups which pose significant threats to Western Democratic values?

In Australia, the Liberals outflank them by 1. moving further to the right and having no guts at all, 2. Stealing their policies 3. Doing anything except calling the mongrels out.

The Rodent dealt with the threat from the Oxley Moron by simply implementing the racist agenda.
Krudd & Gillard tried to out evil Toxic & his ugly thugs but that was, is and always will be impossible.
DD now!

I’m glad I bookmarked this one for a read later…it was worth getting back to, a good read!