Proposed new defamation laws for Tasmania could have an Australia-wide chilling effect on free speech. 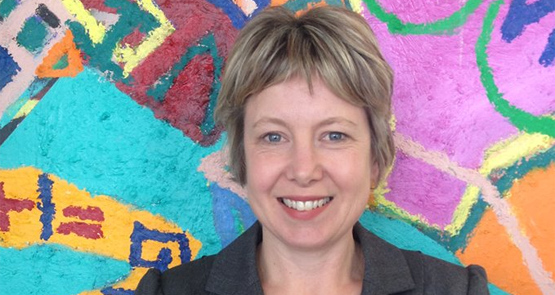 To protect Tasmanian jobs from the commercially damaging statements of environmental activists, Tasmania’s Liberal government took a policy to the election of changing the island state’s laws to allow corporations to sue for defamation. The legislation for the policy has yet to be released, but the government reaffirmed its commitment to bringing it in earlier this week. Most observers are expecting the legislation to be passed by Tasmania’s parliament within the year.

The change has implications far beyond the state’s borders. Since 2006, all Australian states and territories have had largely uniform defamation laws. Adopted as part of this package was a limitation on companies with more than 10 employees suing for defamation — a feature of New South Wales defamation law since 2002. The Tasmanian government’s stated intention of repealing this aspect of its defamation law threatens to undo the uniformity across all Australia’s legal jurisdictions, allowing corporations with a national footprint the ability to transfer lawsuits into Tasmanian courts, even if the events precipitating those lawsuits occurred elsewhere. “I think that’s a real risk. And we’re not the only ones saying that,” Law Society of Tasmania president Matthew Verney told Crikey this morning. “We could see very opportunistic litigation.”

Tasmanian Attorney-General Vanessa Goodwin said in a statement earlier this week that the proposed changes are an attempt to protect Tasmanian jobs and the businesses that create them:

The laws are likely prompted, Verney says, by an environmental campaign against timber processor Ta Ann, which the government claims led the company to shed 40 jobs. But Verney is highly critical of this rationale. “The very nature and history of defamation law is that it exists to protect people’s reputation. The government is trying to prevent commercial injury and the loss of jobs. They’re very different things.” And anyway, he adds, businesses already have legal avenues to pursue for such redress.

Principally, businesses can pursue claims of injurious falsehood, both to seek injunctions against the further publication of damaging and untrue material, and to seek damages. When the laws were changed in 2006 to prevent large corporations suing for defamation, it was intended that more of them would pursue claims of injurious falsehood instead, Sydney University associate professor in law David Rolph tells Crikey . “There’s always been a concern about the chilling effect of defamation law,” he said. But the uniform defamation laws did make it harder for companies to pursue legal redress. “It’s far more straightforward to sue for defamation,” Rolph said. “All you have to prove is a defamatory publication. In injurious falsehood claims however, the plaintiff has to prove the defendant published false statements about a plaintiff’s goods or services, that the defendant was motivated by malice or another improper motive, and that there was injury, or damage, caused to the plaintiff.”

The uniform defamation laws do have weaknesses. For one, they were rushed in. In 2004, then-federal attorney-general Philip Ruddock made clear he’d be introducing federal defamation laws if the states and territories didn’t get their act together and resolve the differences between their legislations. Some of these changes were significant. For example, in some jurisdictions, proving the truth of a defamatory publication was a defence against defamation. In other jurisdictions, it was not. In response to Ruddock’s ultimatum, agreement was quickly reached, after several decades of failed attempts. But what ended up happening, Rolph says, was that much of defamation law as it stood in New South Wales, the country’s largest defamation jurisdiction, was exported with little refinement or consideration for the other jurisdictions of Australia.

Rolph has reservations about some aspects of this. For example, one impact of the inability of corporations to sue for defamation has been a far greater use of injunctions to prevent injurious falsehoods being published. And Rolph isn’t certain the current threshold preventing corporations from suing for defamation — if the company has 10 or more employees, it can’t sue — makes much sense, describing it as “arbitrary”. But, he stresses, that doesn’t mean Australians would be better served by particular jurisdictions changing the laws on their own. “The whole purpose of the laws was to minimise differences. This is a substantive difference. If the law on corporations suing for defamation needs to be rethought, it’d be better for all the states and territories to discuss them.”

Instead, Tasmania is forging ahead on its own. Verney says the government’s policy is part of a “concerted effort to limit, stifle and chill debate in Tasmania”, which the government has also pursued through laws limiting protests and the like. But when you muck around with defamation law, it could affect people far beyond the Apple isle.

Tasmania has long suffered from mainlanders completely ignoring the wishes and welfare of Tasmanians, and imposing their policies on the Apple Isle.
Any wonder the Tasmanian Government won’t be too concerned about lectures from Crikey or any other mainland entity re what “should” be done?

Welcome to the law of unintended consequences.

Abandoning the uniformity of defamation laws won’t just affect those nasty greenies with their online petitions and recycled paper newsletters. It will apply to all businesses, including the media (who have the most to lose from strengthening defamation laws).

This means greater compliance costs and red tape – and ultimately risk – for any company producing media or advertising content (and what company doesn’t advertise?)

This may result in more jobs in Tasmania, but they will be in the legal profession – together with businesses catering to the fly-in-fly-out lawyers attending taking advantage of Tassie’s new laws.

I’ll be surprised if News Ltd doesn’t have a word in the Gov’s ear about this.

Any chance of a critical examination of the “environmental campaign against timber processor Ta Ann, which the government claims led the company to shed 40 jobs” and in turn led to the demand for this legislation?

I’m with Norman Hanscombe. If this goes through, timber, the Tasmanian version of coal and iron sand,won’t be able to be talked about as it’s world markets continue to decline. In the next few years though, if Tasmania can pulp the rest of it’s old growth forests before the rest of the mills close down, they will have room for more apple trees! And we all know that there is an upsurge in cider drinking worldwide.
That damned Franklin River will give the tourists something to look at while they get pissed.

Former Tasmanian Premier Eric Reece once famously malapropped that “We Tasmanians are a virulent race” – I suppose he actually meant “virile” but this draconian anti-free speech legislation is certainly virulent.

It is one thing for Tasmanian barbarians on the one hand to have wiped out all full-blood Tasmanian aborigines between 1803 and 1876; to have driven the Tasmanian tiger to extinction;
to have savagely persecuted homosexuals until recent decades; to have sold off its very top high school (Hobart High School, “the best school of all”) ) to be a funeral parlor; to have put iron ore mines in the middle of the Tarkine, one of the world’s last temperate rain forests; to have flooded the irreplaceable Lake Pedder and attempted to flood the Franklin River and indeed a planned TWENTY FIVE PERCENT (25%) of the island; to be destroying the best forest carbon sinks in the world; and indeed to have re-defined a virgin as someone who runs faster than her brother – it is another thing entirely to attack the free speech of all Australians.

When the Neanderthalic, troglodytic and virulent Tasmanian Establishment sacked Professor Sydney Sparkes Orr from the University of Tasmania the whole Law Faculty resigned and academics throughout the English-speaking world put a black ban on re-filling the philosophy chair (see John Polya, and Robert Solomon, “Dreyfus in Australia”).

If this draconian, anti-free speech legislation is passed by the anti-science, terracidal, climate criminal Tasmanian Liberals in the interests of corporate thieves, liars, climate criminals and environmental vandals then Tasmania and the Vandiemonians will face comprehensive Boycotts, Divestment and Sanctions (BDS) that will make BDS against South African and Israeli Apartheid look like a Teddy Bear’s picnic.