Do Australians need to feel like they're watching reality TV ironically in order to enjoy it? Promos of American reality shows cut together for Aussie audiences hint at the cultural differences between Australia and the United States. 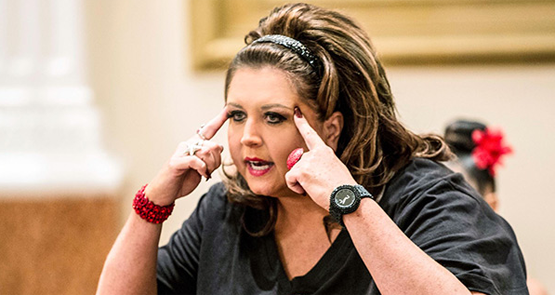 Foxtel’s LifeStyle channel has been one of the pay TV service’s most popular since it launched in 1997. With a range of niche, “lifestyle”-related programs (cooking, property, interior design, gardening) I doubt anybody expected it to be a big winner. But throughout the 2000s it began to feature more and more reality TV from overseas, expanding the definition of “lifestyle” programming, until it started up its own spin-off reality channel in 2009.

With the emergence of LifeStyle You, which “celebrates the inspirational, the motivational and downright sensational” (emphasis on the sensational), the trashiest of all reality TV found a natural home and Australian audiences were introduced to a whole suite of programs previously reserved for middle America and the United Kingdom’s darkest corners. Just a quick glance at its line-up reveals gems such as 45 Stone Virgin, Addicted to Boob Jobs, 18 Pregnant Schoolgirls, America’s Supernanny, Aussie Ladette to Lady and Aged Eight & Wanting a Sex Change — and we haven’t even gone past “A” yet. There’s a whole suite of wedding programs (if you tune in at just the right time, you can watch a solid five hours of brides shopping for dresses with their pesky mothers) including Say Yes to the Dress, I Found the Gown, Don’t Tell the Bride and Four Weddings.

A lot of the most popular shows come from America’s hugely popular TLC (previously The Learning Channel, but it ditched the “learning” aspect completely in the early 2000s); since 2010, Foxtel has also had its own TLC channel, right next to LifeStyle You — double the trash, double the fun. There’s no word yet if Australia will get the hugely controversial My Husband’s Not Gay, but we can keep our fingers crossed!

You wouldn’t think Australian audiences would connect with a lot of the programs on offer. Many are about specifically American experiences and culture, and none have the slightly lighter touch that typifies Australian reality (think of the family-friendly/slightly irreverent humour provided by the judges and hosts in the first series of Australian Idol). But a few have broken through, such as the freak show that is Dance Moms, which, despite being a completely inept and exploitative piece of television, manages to deliver about as much bang for your buck as you could hope for in the pure conflict stakes.

For the uninitiated, the series follows Abby Lee Miller, an abrasive and cruel (but somehow strangely admirable by about your fifth episode) dance teacher who expects the best from her students. Despite her often horrific methods, she does get some pretty spectacular results, with her star pupil having recently performed a now iconic dance in Sia’s award-winning Chandelier video. The focus of the series is mostly on the “Mama Drama” — the conflicts between Miller and her students’ mothers — but there’s plenty of abuse dealt out to the kids, who are constantly caught in the crossfire between the adults’ fiery battles. And they do get fiery: in the last season, one of the mothers left the show after being arrested for allegedly assaulting Miller. She then attempted to sue Miller for defamation and emotional distress. Talk about conflict! But how do you market something so earnest to Australian audiences — something so full of manufactured drama taken so deadly seriously? Well, you do it like this: 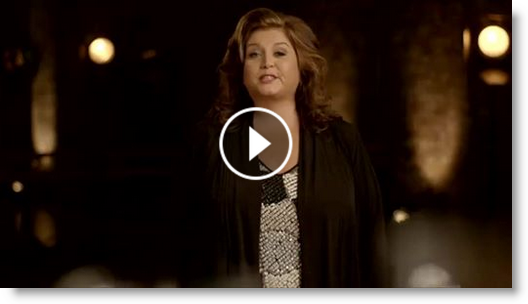 Foxtel’s promo for the fifth season, which begins this week, is absolutely dripping with irony. The audience is let in on the joke that Miller’s win-at-all-costs approach is extreme to the point that it’s actually hilarious. She even winks to the camera! It’s hard to imagine that Miller, holding up her straight-from-the-fires-of-hell on-screen persona, could ever kid around about the nature of competition. But, hey. If that’s what it takes to sell the show to an Australian audience with a low tolerance for bullshit, then that’s what it takes. Miller wouldn’t have it any other way.

Is Miller’s wink really what we need to justify watching a program like Dance Moms? Do we need that layer of irony to feel safe and reassure ourselves that we do not have terrible taste in TV if we choose to invest in the show?

There’s been plenty written previously about the ironic enjoyment of reality TV in an American context, but when the same product is promoted in vastly different ways to different audiences, it seems clear that cultural context can be a big factor. Writing about the first season of the US version of The Bachelor in 2002, New York Times columnist Caryn James wrote:

“The Bachelor is the least realistic of all reality shows … The show’s winking, playful distance from real life is the key to its success, a distance evident in its comical pretense that love at first sight and happily ever after do exist — if only you can find the right television producer to hand them to you.”

The success of The Bachelor — and the success of many reality series — lies with an audience’s uncanny ability to pick up on those knowing cues and invest in the situation at the same time. Take RuPaul’s Drag Race, for example: a cross between America’s Next Top Model and Project Runway featuring drag queens as contestants with challenges including a “lip sync for your life” and the “snatch game”, which is won with a hilarious impersonation of a celebrity. There are moments when host RuPaul plugs her own products directly to the camera, complete with an actual wink. Fans always end up with their favourite contestant and emotionally invest in the series, but it’s still the funniest, campest and most ironic reality show on TV.

But then there’s the reality TV which you can, ostensibly, enjoy without an ounce of irony. In some circumstances, Dance Moms would fall into that category. Take a look at the earnestness of the high-stakes melodrama at play in the US promo: 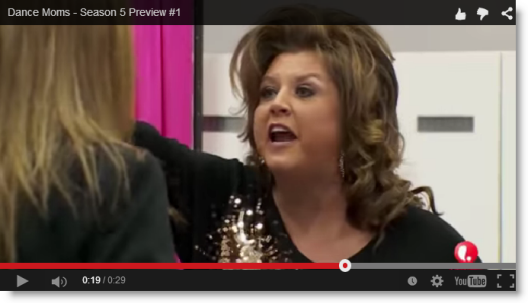 Could Australian audiences even enjoy the series without the playful wink? I suspect many would not. But does it even exist in the show itself, or have audiences imposed it? Has Foxtel?

I’m not the first person to say that reality TV is the modern day equivalent of the sideshow act, but that comparison seems to hold even more truth in an Australian context when we’re consuming trashtastic series from the US. There’s something exotic and untouchable about these shows. We watch them because we’re morbidly fascinated with the wars between the characters over things which, to most of us, would seem fairly insignificant. We watch because we want to understand how ruthless ambition leads to abuse. And we don’t watch them because we relate — we watch them because they’re freaks.

So long as we keep our ironic distance, there’s nothing stopping us from falling for their freakish charms.

* This article was originally published at Daily Review.

The year the under-40s said ‘you’re fired!’ to reality TV

As <em>Restaurant Revolution</em> goes up in flames, is this the end of reality TV?