A $100 billion investment with no proper tender: Defence hurtles down a familiar path

Australia's submarine program could easily cost $100 billion over the coming decades. But the Department of Defence is repeating yesterday's mistakes, embarking on a rushed purchase from an unproven supplier. 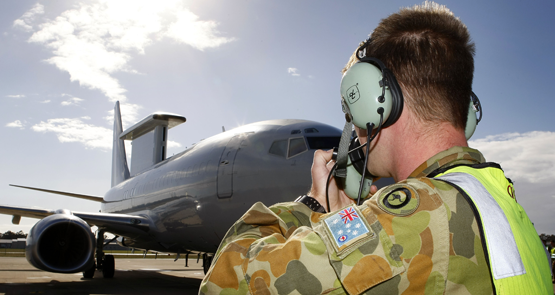 Australia appears to be hurtling headlong down the path of buying a Japanese submarine without a proper tender, continuing a sorry history of self-inflicted defence procurement cock-ups stretching back decades.

Former Western Australia Labor Senator Mark Bishop was deputy chair, then chair, of the Foreign Affairs Defence and Trade committee as it completed a landmark review of defence procurement in Australia.

The inquiry’s final report, released in 2012, recommended a break-up of the Defence Materiel Organisation (DMO) responsible for procurement and demerged from the Defence Department in 2005, and greater service involvement in procurement decisions. The inquiry, which toured the US and Europe (but not Japan) including meetings with equivalents of the DMO, Audit Office, finance houses, naval establishment and submarine manufacturers and plants. Among its members were then shadow defence minister David Johnston and Australia’s former chief test pilot David Fawcett, a South Australian Liberal senator, now deputy whip. It was a well-credentialed committee whose recommendations were unanimous.

Here are some highlights taken directly from the executive summary, all relating to the Department of Defence. The inquiry said the organisation:

Chapter two of the report catalogues 11 defence projects gone wrong, from the Super Seasprite helicopters to lightweight torpedo replacement to the Collins class submarine reliability and sustainability project. Common problems included cost blowouts, schedule slippage and reduced defence capability. Finding the “facts speak for themselves” the committee listed the root causes of the recurring problems, including:

And on it went. Bishop, who left Parliament in mid-2014 and did not stand for re-election, told Crikey yesterday he had never seen a government move so quickly to respond to such a significant inquiry. “The procurement establishment moved on it as quick as buggery,” he said. The most contentious recommendations for structural reform were soon rejected. The result? “No change,” said Bishop.

Recognising he has been six months out of politics and without wishing to comment from the sidelines, Bishop said: “we’ve had a significant problems in defence procurement for at least the last 25 years”.

“If you don’t have openness, public scrutiny, and public review, it’ll be a mess”.

As Crikey wrote yesterday, it seems the larger the purchase, the more likely we are to throw due process out the window. Surely if there is one time to follow a proper tender process it is with Australia’s future submarine program, the largest defence purchase for the next half-century. The up-front, sustainment and maintenance costs over the coming decades could easily top $100 billion.

Instead, as South Australian Senator Nick Xenophon wrote in his additional comments to the Senate Economics Committee inquiry into the future of Australia’s naval shipbuilding industry, we are running a fraught and mismanaged process that appears “all at sea” with often contradictory and speculative backgrounding of reporters, apparently by well-placed government and/or Defence sources, leaving potential industry suppliers and their workers in a state of confusion.

“The regular appearance of conflicting and unsourced reports, often with damning ‘blind quotes’ unfairly critical of Australian industry, purporting to reveal facts about [the submarine program] only to be later disputed or ruled out by government or Defence, has made the work of this committee more difficult than it otherwise might have been,” Xenophon wrote.

An example of how damaging this can be to Australia came when the local head of German submarine designer TKMS, Philip Stanford, admitted to the ABC’s AM program in October last year that he wasn’t aware what tender process, if any, was being followed. He “believed” a competition was going to be held, however this has not been confirmed by the government publicly and was contradicted in the same story by the reporter, who said she had received background information to that effect from a government source who declined to be identified.

We are going down precisely the wrong path — a rushed, non-transparent, uncontested purchase from an unproven supplier.

Manning: we all hope for an Aussie submarine

There’s a flawed methodology within defence procurement which is passed on to successive teams of senior decision makers, and until that can be deactivated the same mistakes will continue to be made.

Change can only come from within as there is that rigid mindset of “we won’t be told how to do our job by outsiders”.

This cartoon looks at one aspect of procurement . . . .

I wonder about making such decisions on a purely financial forecasts (of dubious quality) without considering military strategy (e.g. sub maintenance in the event of sea lanes being closed or alternative military alliances), industry strategy (e.g. development of new industries) or employment strategy (e.g. skills for the new generation).

It seems to me unduly optimistic to think that market processes will provide a future acceptable to working class Australians.

Is the same revolving door of government procurement to military supplier employment in place, such as in the US where the generals who recommend a supplier for a military contract then go on to get a lucrative ‘consulting’ position with said supplier once the contract is signed? (Or as happens in the finance industry to financial regulator then back to the finance industry or Alexander Downer using ASIO to spy on Timor Gap Treaty negotiations and then gets a lucrative ‘consulting’ position with Woodside Petroleum.)

Or is it just boring old ‘shit floats to the top’ in the public service?