Watchdog or Lapdog: are journalists anti-business?

Could the political leanings of a journalist affect the way they cover business stories? It could be a bigger factor than it seems. 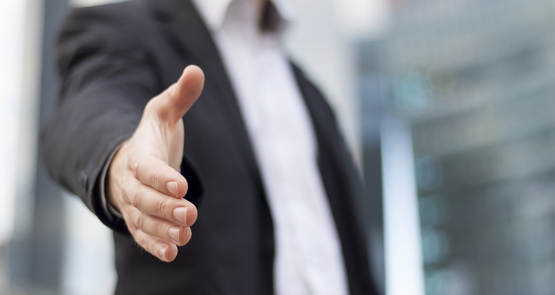 This is the third installment in a five-part series on Australian business journalism. Read part two here.

It is not universally accepted that business journalists should have a watchdog role at all, holding businesspeople and companies to account in the public interest.

A review of scholarship on the financial media published last year in the International Journal of Communication by US academic Micky Lee, noted the view that, in some quarters, business financial reporting was “not meant for public interest, but for investors and businesspeople … hence questions of fairness and social responsibility are irrelevant”.

In a cracking review of Dean Starkman’s The Watchdog that Didn’t Bark, Gideon Haigh neatly identified the fundamental tension in business reporting between access journalism, which depends on information from the powerful, and accountability journalism, which involves information about the powerful. “The former privileges the ‘scoop’, the latter the long-form expose involving heavy investigative lifting.”

There is an old saying that “access is a curse” for journalists, but in business — where company directors and executives don’t necessarily need to court voters or cultivate a profile — denial of access can be wielded as a very effective tool to discipline journalists competing for the inside story.

The best way to get access to businesspeople, if that’s your goal, is to be non-threatening. Accepting redundancy in 2012 after 25 years at the Sydney Morning Herald, faced literally and metaphorically with clearing his desk, Ian Verrender penned a must-read final column entitled “A business reporter’s greatest value lies in asking hard questions”, which touched a nerve. He described how business journalists are cowed or co-opted:

“The more vulnerable media companies become, the less capable they are of withstanding the pressure of vested interests and the more susceptible they will be to attack. Many will adopt the easy way out, that it is best to simply not cause trouble. Unlike politics, sport, industrial relations or crime, where journalists zealously pursue their quarry, when it comes to business, the Australian media generally has opted for a soft and fawning relationship. It has always been thus … Because, unlike politics or sport, those running big business have a great deal of power. Veer too far from the press release, question a little too aggressively and the mighty weight of a corporation suddenly is hovering above, threatening litigation, demanding your dismissal. The chief executive probably knows a few people on the newspaper company’s board. Little wonder then that most business reporters default to the easy option. And many begin to believe they are part of the business world, that the reason they are being squired to upmarket restaurants, to corporate boxes and offered trips to exotic places is that they are part of the team.”

In last year’s Stop the Presses: How Greed, Ambition (and the Internet) Wrecked Fairfax, Ben Hills wrote of the potential compromise to the editorial integrity of business coverage from the rise of highly profitable “round-tables” and other promotional events co-hosted by the company’s newspapers and sponsors:

“This became particularly conspicuous under the brief reign of Brett Clegg as chief executive of Fairfax business publications. Clegg, a business journalist who once tried his hand as a Macquarie banker, took to hosting gatherings of Sydney businessmen at ritzy venues such as Sydney’s Hilton Hotel, at which he would declaim: ‘We are unashamedly pro-business’. Nothing wrong with that, if the alternative were to advocate nationalisation and a centrally planned economy. But what corporate Australia took this to mean was that the Financial Review would not hold it to account, would go easy on its shortcomings and publish lots of flattering profiles, accompanied by what BRW magazine’s photographers call ‘crotch shots’ — full-frontal pictures of men in suits taken from down near the floor, the camera pointing upwards to emphasise their manliness.”

For example, a 2012 function hosting James Packer at the Museum of Contemporary Art in Sydney, at which the gaming mogul spruiked his new ‘unsolicited’ Sydney casino, received such gushing coverage in The Australian Financial Review that SMH columnist Ben Butler (now at The Australian), dubbed the AFR the “Australian Casino Review” in an item on a Packer-hosted lunch at the famous Rockpool restaurant with the paper’s top journalists.

By this time, Clegg was no longer a journalist, having moved into a commercial role (he is now in a similar position at News Corp), but plenty of Fairfax editors have had the same pro-business zeal. Senior Fairfax business journalist Adele Ferguson recalls Peter Roberts, a protege of then-AFR chief Michael Gill, taking over the BRW editorship in 2006 with a very clear strategy: “He wanted to champion business. He’d put middle managers on the cover, as an aspirational thing … everything had to be positive. I wanted to do an expose on the banks. He gave me 450 words at the back.”

Problem was, readership dived. Ferguson, one of the country’s most celebrated business writers, departed for the Oz. A pro-business stance, she says, “has been tried … it actually distorts the truth. People want to learn things, get insight. If you’re just writing a puff piece, with no critique, no-one’s going to think it’s real.”

If pro-business is taken to mean pro-market, or pro-capitalism, it might make more sense, but for those I interviewed, the professional journalist’s personal ideological position should be irrelevant — unless writing opinion. For Hills, the whole discussion about the political ideology of journalists is “so 1950s”.

“Nobody ever gets accused of being anti-democracy because they’ve called the prime minister a liar; no one gets called anti-sport because they’ve written or broadcast that the captain of the cricket team is no good.”

“Clearly if you’re rabidly of the Left you’re going to find it difficult to write anything other than the same story over and over again. But I can’t say I’ve ever really examined my ideological assumptions. I adhere to Alexander Pope’s line, ‘ask you what provocation I have had, none but the antipathy of good for bad’. If something’s wrong you set about reporting it. I can’t really think of too many successful business journalists who have been able to write persuasively and intelligently about business who have come from the far Left of the ideological spectrum. The ones that I admire, I guess they sort of muddle along in the middle. Practice a wise scepticism of people’s motives and ambitions.”

Avoiding scrutiny is not even in the best interests of the business community, Ferguson says: “I think we’re pro-business, exposing the bad stuff. If it’s allowed to fester, it only gets worse. You have to expose wrongdoing. It’s not to get stuck into them, it’s for a greater good, to make this country a better place.”

Veteran Australian business journalist Trevor Sykes’ position is slightly different. Sykes quit his full-time post at the AFR in 2005 — for some time afterwards he was on the board of a few junior mining companies — and describes himself as “very” pro-business. He agreed there was a reluctance among Australia’s business journalists to celebrate success, as Business Spectator founder Alan Kohler has argued. But Sykes warned praise could get journalists into trouble much quicker than criticism, recalling the awards that his Australian Business Magazine used to give out including rather embarrassing gongs to the likes of ’80s boomtime spivs, like former journalist and Qintex founder the late Christopher Skase. Far from letting a pro-business stance soften his reporting, Sykes saw it as part of the job: “I certainly hold bad business to account because I’m basically a capitalist. I believe business is very important to Australia and good business is very important and bad businessmen should be run out of town on a rail … bad businessmen are the enemy of good business and should be drummed out.”

Which doesn’t mean that someone must be strung up for every financial disaster that occurs. Sykes is wary of the journalist’s natural impulse to cover themselves in glory by hunting for scalps:

“I think there is the ethos there because the way you get noticed as a journalist is to write a story exposing some crime of one kind or another, so there’s always the impetus to do it. Some of the things they regard as crimes I wouldn’t. I try to take a balanced view. There are things that just go wrong. Some of the time the punters themselves have got something to blame. When you look at the some of the crashes in the GFC … AIG [American Insurance Group] for instance were big and ugly enough to work out what was wrong with credit default swaps themselves.”

But even for avowedly pro-business Sykes, there is a caveat, and it has clearly been enough to power a lifetime’s forensic investigation: “I do have a thing for people who deliberately prey on small investors, and there are some”. With growing concern about inequality, and given small investors are generally most vulnerable to corporate fraudsters, the watchdog role of the business media is no rarified debate. Taking on a watchdog role doesn’t mean a journalist is anti-business. In fact, my other interviewees attached no credibility to the term, which is often used to smear individuals or publications:

* Ferguson: “I don’t buy the ‘anti-business’ line. It’s ridiculous. That’s the companies that are feeling defensive, that are doing the wrong thing.”

* Haigh: “You mentioned that bizarre expression anti-business, or whether business journalists should be pro-market or pro-business, I mean those terms just make no sense to me. If you write a negative book review that doesn’t make you anti-literature. If you write a stringent art criticism, that doesn’t make you anti-art. My critique of CEOs for instance is no more anti-business than an argument about improved road safety is anti-car. And as we were saying earlier, unrestrained credulity has always had a far more distorting and pernicious effect on markets than disinterested scepticism.”

* Verrender: “Nobody ever gets accused of being anti-democracy because they’ve called the prime minister a liar; no one gets called anti-sport because they’ve written or broadcast that the captain of the cricket team is no good. But once you start applying those same principles to business, you run up against a very powerful lobby group, that’s extraordinarily well funded, that can take legal action and will, and comes up with the idea that everything needs to be positive … When they run up against somebody who’s critical, even mildly critical, suddenly they start pointing the finger about being anti-business.”

Watchdog or Lapdog: why should you read the business pages?

Watchdog or Lapdog: why did financial journos fail to see the GFC coming?

Watchdog or Lapdog: what makes a good business journalist?