The best-read politicians in Canberra, or how to spend $3000 on publications in just six months

Who spent the most on books and newspapers in Parliament House? Crikey reporter Myriam Robin and intern Mahalia Dobson investigate. 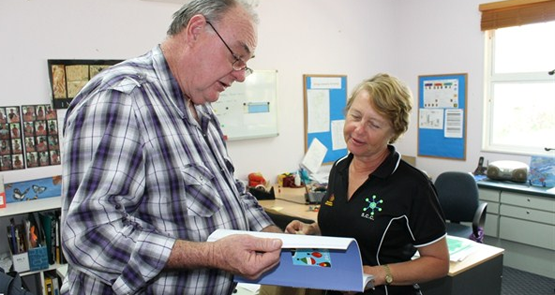 Federal Coalition MP Warren Entsch is the best-read politician in Canberra, if expense accounts released by the Department of Finance this week are any guide. A Crikey ordering of the amounts all Australia’s federal politicians spent on publications reveals the former Liberal whip billed taxpayers $2988.18 on newspapers, magazines and books in the six-month period to June 2014.

Politicians’ expense claims for books, newspapers and other publications

To break it down by states, five of the largest expense accounts for publications came from politicians from New South Wales, while another three came from Queensland. Victoria and Western Australia had one big-spending politician a piece in Gavin Marshall ($2438.02 spent in six months) and Melissa Price ($2541.91) respectively.

So how do politicians bill so much in a mere six months? While a few subscriptions to most major Australian newspapers can set politicians back by over a $1000 over a six-month period, it takes added bills for books and magazines to reach the heights scaled by our top 10.

Entsch’s nearly $3000 total is largely taken up newspapers such as the Cairns Post, The Australian and the Courier-Mail. But he also purchased a large selection of books on the ANZACs. There’s reference books in there too, such as Politics in Australia, Australia’s Interest in World Markets, and one book entitled Steady Steady: The Life and Music of Seaman Dan, on the aforenamed Torres Strait Islander musician. We assume Entsch is a fan.

Meanwhile, Buchholz’s $2963.45 is significantly boosted by more books on the ANZACs, including The Anzacs: Gallipoli to the Western Front and Investigating Gallipoli: A Resource for Primary Schools. Politicians are known to expense books they intend to give away to schools, libraries and the like, and it’s easily assumed that this is where Buchholz intends many of his purchases to go. Some expense accounts are better read as examples of what politicians would like others to read, rather than what they read themselves.

NSW National MP Michael McCormack spent $2832.42 on publications, a figure greatly boosted by his subscriptions to a very large range of regional and rural newspapers as well as the metro and national titles almost all politicians have delivered (fittingly, McCormack was the editor of the The Daily Advertiser in Wagga Wagga before entering politics). He also purchased a copy of Who’s Who in Australia 2015, a few of the seemingly obligatory books on Australia’s war heroes, along with a copy of the seminal 1987 book And the Band Played On, which explores the spread of the AIDS epidemic.

Think being a high-profile minister means you don’t have time to read? Former immigration (now Social Services) minister Scott Morrison spent a total of $2775.21 on publications during the first six months of last year. Alongside several newspaper subscriptions and the books on the ANZACs, Morrison also billed the taxpayer for the purchase of several novels, including The First Third, The Crossroad and Lighthouse Girl.

New South Wales Greens Senator Lee Rhiannon, spent $2532.44 on publications between January and June of last year. We here at Crikey found Rhiannon’s list among the most exciting … that’s right, she subscribes to us! We couldn’t find any other communist publications among her subscriptions (just joking), but she did subscribe to New Scientist and the Campus Review, along with The Australian Financial Review. Rhiannon’s expenses also included books such as Gallipoli: Our Last Man Standing (seriously, Parliament must be propping up the ANZAC book boom), The Dawkins Revolution, Return of a King: The Battle for Afghanistan, and How Vulture Capitalism is Swallowing the World.

Prime Minister Tony Abbott’s expense account revealed nothing of his reading habits — he didn’t bill the taxpayer for a single book over the period.

It’s heartening to know that many of them can actually read.

What happened to Brandis? Has he completed his library acquisitions?

Yep – Brandis spent just $900 on books in the six months. Guess he got scared off.

Presumably, TA can indeed read and occasionally does so.

Does his Department buy his books for him and charge them to the office of the Minister for Women, i.e. himself.