Iconic American business magazine Forbes has produced an advertising cover for telecomm AT&T. And other media tidbits of the day.

Uhlmann becomes political editor. AM host Chris Uhlmann has been appointed to the newly created position of ABC political editor. The appointment “formalises Uhlmann’s standing as Australia’s pre-eminent federal political journalist and insures his investigative and interviewing skills and analysis will be available across all ABC broadcast and digital news outlets,” Aunty’s announcement read this morning.

After the summer edition ends, national defence correspondent Michael Brissenden will be interim presenter of AM while a permanent replacement for Uhlmann is found. Before Uhlmann took on the high-profile program, ABC Breakfast host Virginia Trioli had been considered to replace the veteran host Tony Eastley, who moved to News 24 after hosting the show for 10 years. Trioli ultimately decided against hosting the program — the ABC said for “family reasons” –leading Uhlmann to leave 7.30 to take on the show in January last year.

ABC head of newsgathering Craig McMurtie credited Uhlmann for championing a “new approach” to the morning current affairs show, which saw him “presenting the agenda-setting morning program from our Canberra Parliament House Bureau”. It had previously been presented from Sydney. Uhlmann credited the professionalism and integrity of his ABC colleagues. “I look forward to working with the bureau chief, Gillian Bradford, and my colleagues on what looms as another fascinating year in federal politics.” — Myriam Robin

Sony’s release pays off. The Interview, starring James Franco and Seth Rogen, released rather haphazardly over the holidays, seems to have worked out better than distributor Sony could have expected. After being pulled from wide release after threats from unknown cyberterrorists, the film was released on Christmas Day in more than 300 independent theatres after being digitally unveiled on December 24. The Interview made a huge $31 million from 4.3 million film rentals and sales between December 24 and January 4. Sony’s limited theatrical release also brought in $5 million, leaving the film with an impressive total. Sony was crowing this morning, declaring the release the “number one online film of all time”. — Crikey intern Mahalia Dobson

More SA fire woes for Sunrise. After being criticised earlier this week for not giving due prominence to the bushfires in Adelaide, Channel Seven breakfast show Sunrise has come under further criticism after a post by native animal sanctuary owner Mark Aldridge went viral on Facebook. Max Opray reports in The New Daily:

“… Sunrise producers arranged to do a live segment on his property on Tuesday morning that required dozens of animal rescue volunteers and victims who had lost their homes to assemble before dawn, only for the television crew to fail to show up. Mr Aldridge, a prominent animal rights campaigner and independent candidate in the 2013 federal election, told The New Daily that Channel Seven didn’t even tell him the segment had been canned. ‘They asked me for people with small animals, which I got for them, they wanted people who had lost their homes, which I got for them as well,’ he said. In a Facebook post that at the time of writing had been shared over 7000 times, Mr Aldridge savaged Sunrise for wasting the time of the roughly 35 people who showed up, many of whom volunteer with the Native Animal Network of SA.”

Front page of the day. To the left is what Forbes will look like on January 19 on news stands. To the right is page 2 — what the iconic business magazine is calling its first ever “native ad cover execution”, for American telecom AT&T. The publication’s native advertising arm, Brandvoice, is “consistent with our mission to offer audiences credible voices and business insights, always transparently identified,” Forbes chief product office Lewis D Vorkin wrote in a piece explaining the cover on Forbes.com. Such advertising integration helps fund Forbes’ journalism, he writes — although he freely admits that his 25-year-old self “would have been appalled” at the cover. 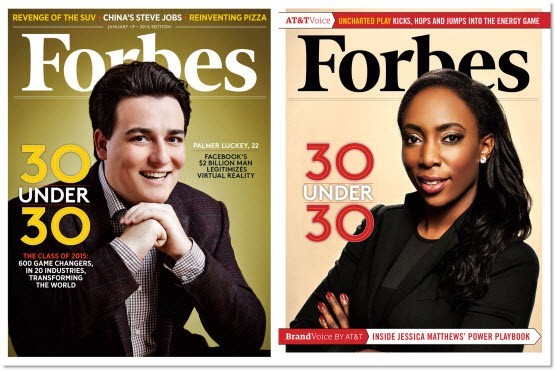 Video of the day. What happens when you ask a boy to slap a girl? Fanpage.it‘s video on violence against women has provoked a huge response. 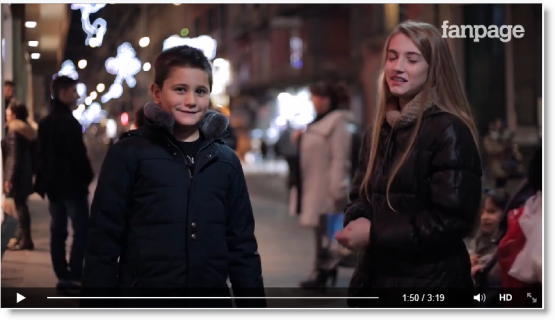 The ABC’s left-wing bias has become so deep, so conspiratorial, that they have replaced Abbott’s head of communications (aka ABC’s former chief political correspondent) with another conservative favourite of Abbott – simply to throw conservative critics off their favourite talking points.

Stacking their most influential positions with conservatives won’t work though. Echoing conservative talking points from the Australian and sourcing half their commentators from the IPA is pointless.

Regardless of how conservative it becomes, fearless independent whistleblowers such as Gerard Henderson and Andrew Bolt will make sure we never forget what a lefie socialist latte-sipping elitist anti-Australian organisation it really is.

Virginia Trioli seriously considered as presenter of AM? The woman is flaky! She seems to suit the breakfast format perfectly – indeed, I expect to see her next to Kochie on the couch any day now.

Chris has an advantage in taking on this job at a time when Aunty’s standing [outside the twitter-world of course] isn’t especially high.

I expect better than Chris Uhlmann-he never queries anyone telling porkies, or anything for that matter, just accepts all that his interviewees say verbatim.

Hopefully, Chris Uhlmann’s reign as ABC political editor will last no longer than Tony’s as PM.
On the plus side, it would be hard to imagine his replacement on AM could do any worse than he has.
Then again… Mark Scot & Co are always willing to try.