Crikey Clarifier: why does the govt spend big on media monitoring?

The media plays a big role in shaping political discourse, and politicians want to know who is on their side, writes Crikey intern Mahalia Dobson. 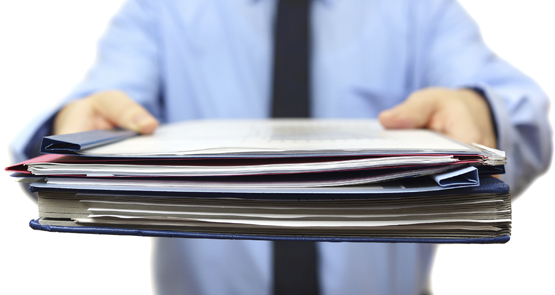 The Abbott government is spending big bucks on media monitoring, according to a report in the Fairfax papers this week.

What should we make of our esteemed leaders investing significant sums of taxpayer cash in tracking how specific departments, politicians and policies are being portrayed by the media? We spoke to some current and former spinners for their take.

How much of an influence does the media really have on politicians and their policies?

In short: a lot. “Media is central to everything that happens in politics,” former Greens staffer Colin Jacobs told Crikey. “No decision beyond what to have for lunch is made without a thought for what the media and communications angle might be”.

Jacobs says the media is the first thing any politician with any responsibility thinks about in the morning and the last thing they think about at night. Every decision, every thought and every announcement that runs through a politician’s mind is centered around a media and communications strategy.

“It’s the forum where the currency of policymaking — political capital — is earned and spent,” Jacobs said. “It’s taken for granted that the media spin, positive or negative, has an influence over readers and viewers. So a crucial task of any office is trying to push this spin into a positive.”

Veteran ALP spin doctor Bruce Hawker points to News Corp’s coverage of former prime minister Kevin Rudd as an example of just how much political power the media wields. Hawker said News Corp’s “coordinated campaign against the government” played a decisive role in the outcome of the 2013 election, when Hawker worked as an adviser to Rudd.

Hawker says News Corp’s rolling negative coverage of the Rudd government benefited Tony Abbott, allowing the then-opposition leader to maintain a positive message to voters because News Corp was already “doing his negative commentary for him”.

“Although virtually all the capital city News Ltd tabloids were involved, the main thrust came from The Courier-Mail and The Daily Telegraph because they covered the battleground seats in the must win cities of Brisbane and Sydney.”

Why do politicians need to pay for media monitoring — can’t they just read the paper?

Freelance communications adviser and political writer Paula Matthewson explains that politicians tend to fixate on the media because news editors often provide a good barometer for voters’ interests and concerns  — the very information politicians crave. “This becomes complicated when an editor decides that an issue should or should not be of concern and selects or spikes stories accordingly,” said Matthewson. This power of discretion, to influence the agenda, is why politicians spend significant amounts of time and money trying to develop working relationships with journalists — to push through stories “with as little ‘editing’ by the media organisation as possible” — and contracting media monitoring companies to keep an eye on things.

Media monitors help the political class to tame the beast of public perception, at least a little bit. The icing on the cake is that, according to Jacobs, these services do what a single staffer cannot do: they sift through huge amounts of content, scouring papers and other media to highlight the most important aspects relevant to their clients.

The problem for politicians (and bureaucrats) is the cost of this process. According to figures released by Fairfax, the health, industry, education, employment, defence and foreign affairs departments splashed more than $1.43 million on media monitoring between July and October of last year. The Department of Defence spends more than $500,000 a year on pay TV, and splashes about $5000 a day on newspapers, magazines and other publications.

“Media monitoring has never been cheap, and it’s almost impossible to do in-house,” said Matthewson.

Jacobs agrees: “Even one hundred thousand a year spent by a department or office on media monitoring isn’t much when you put it into perspective of the person-hours going into media work … Think how many people are actually working in media in government …  If you couldn’t spend that on say a Media Monitors subscription a person would probably have to do the work.”

So do politicians read every news article that mentions their name, then?

From his time working in government, Hawker says only a small amount of information is actually digested by officials, and it largely depends how heavily a story is running across all news platforms and social media.

However, Hawker thinks government departments shouldn’t be getting sidetracked massaging unfavourable media coverage. He says their primary aim is to provide services to politicians and a focus on media monitoring can take them away from that.

But Jacobs thinks the services might actually help political staffers and politicians get on with the job at hand. “The non-stop, never-ending and relentless pursuit of and by the media makes politics an exhausting business … It could be a good thing that some of these services are being used if it lets staffers and leaders get on with other things occasionally,” he said. Like, maybe, running the country.

It recalls the response of the revolutionary who, asked why he ran after the mob, said “I have to, I’m their leader’.