Will 2015 mark the beginning of the end for the old boys’ club? 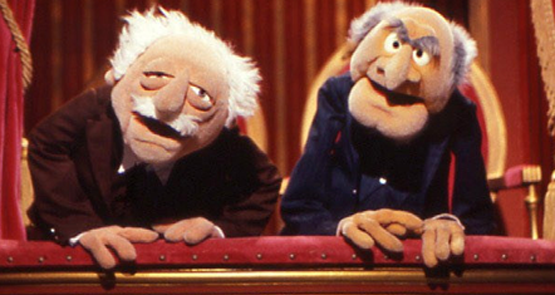 The Fairfax Media board might be full of older people such as chairman Roger Corbett, 72, Linda Nicholls, 66, Jack Cowin, 72, and Sandra McPhee, 68, but that didn’t stop 56-year-old Chanticleer columnist Tony Boyd returning from holidays and calling for younger directors of ASX-listed companies.

The prominent Australian Financial Review back-page column on January 2 was headlined “Out with the old…” and lamented the fact that the average age of Australia’s public company directors has now increased to 64, whereas Federal MPs are on average only 51.

Crikey covered the issue of increasingly elderly ASX 100 chairs in October last year and the situation is getting worse.

For instance, at 47 James Packer is one of the youngest billionaires in Australia. His two biggest global casino rivals are Sheldon Adelson, 81, and Steve Wynn, who turns 73 on January 27. Yet young James Packer strongly objected to those who felt that 76-year-old Rowena Danziger should retire after 17 years on his PBL and Crown boards.

At least the independent Crown shareholders took a stand with a protest vote against Danziger that reached  about $1 billion worth of the non-Packer shares, voted at the October AGM in Perth.

It was a different story at Brambles where new chairman Stephen Johns, 67, thought it was just fine to refresh his board by appointing 68-year-old Brian Long as a new director last year. Long and Johns worked for many years together as auditor and CFO respectively at Westfield. Despite Long’s involvement as the senior independent director at the accident-prone Ten Network Holdings for the past few years, he was elected to the Brambles board with the usual 99% in favour.

There has also been no movement at all on the retirement front at BHP Billiton which now finds itself chaired by 67-year-old Jac Nasser who seems to want the job for life after taking over as chairman in 2010. Malcolm Broomhead, 62, is the logical successor but they should get on with it before he gets too old.

Nasser’s attitude towards age and tenure limits for directors saw David Crawford, who turns 71 next week, finally exit the BHP Billiton board last November after 20 years of service. But this only happened after the Melbourne-based Crawford was offered the chairman’s position at the soon to be spun out South32, which is to be headquartered in Perth.

So, a fresh new company hits the exchange and its debut chairman will be commencing a multi-year stint at the age of 71. Terrific! Don’t start believing the Australian old boys’ network is a thing of the past.

It’s not always easy having this debate because as boards get older, they seem to be more reluctant to even disclose the ages of their directors.

The Australian Shareholders’ Association, which very much has an elderly membership and volunteer base, revised its policy position last year and explicitly called on major listed companies to improve director disclosure on a range of fronts, including by publishing the age of directors.

Alas, as we headed towards the first major AGM of 2015, it was disappointing to see that chemicals giant Orica had not disclosed the age of its directors in either the annual report (see page 14) , the notice of meeting or on its corporate website. Surprise, surprise, Orica is chaired by Russell Caplan, who is 68. Having only taken over as chairman 12 months ago, he is no doubt expecting to join this growing list of public company chairs over the age of 70.

However, a request to update the website profiles of Orica directors to best practice, as is demonstrated here by ANZ, was emailed to Orica at 3am this morning. In an impressively speedy turnaround, by 10am, it was updated to include age.

With Orica, it is the common story of older male directors and younger females. No offence guys, but 2015 really should be the year when the over 65s start to make way for the next generation of more diverse directors.

Putting the Centro chairman through his paces

Orica time-servers should not get retirement payouts

Stephen, I get your point, but I’m not sure that demographically / actuarially it’s as relevant as it might have been ten years go? I turn 66 in February, and as far as Centrelink is concerned I’ll live to 84.5 years. A significant number of the working people I know expect to continue working beyond the Centrelink retirement age. I think that there are (presently) unavoidable factors that cause deterioration in competency beyond, say, 75, but that’s not to say there aren’t plenty of examples of healthy, active and competent people beyond the age of 75. If you separate the issues of age and attitudes I think there’s a more important story. Too many people in Australian boardrooms represent the politics and social mores of pre-WWII Australia. Time we got beyond that, and if that was your real point then I heartily endorse it.