Why shark risk won’t stop us going to the beach

Australians are actually quite smart when it comes to weighing up the risks of encountering a shark while swimming, experts say. 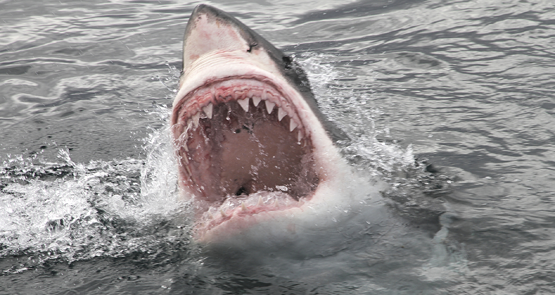 West Australian teen Jay Muscat became the latest name in a growing list of beach-goers to die from a shark attack last week, after he was taken by a great white shark while spearfishing with friends at Cheynes Beach, east of Albany. While each death is tragic, and Australia experienced a cluster of deaths last year not seen since 1929, the risks of shark bites won’t necessarily lead to surfers or swimmers changing their habits, according to experts. There were four fatal shark attacks in Australia last year, twice as many as in 2013, but according to researchers at the Taronga Conservation Society, only about a quarter of shark bites are fatal. Experts also say that the chances of shark attacks haven’t gone up, but with Australia’s growing population, more and more of us are entering the water.

“Surfers often say they get through it by not thinking about it at all, so they’ve got to put it out of their minds to sit there alone on a surf board at dawn and dusk.”

Neff says that beaches that have experienced shark attacks don’t see a drop in attendance. In 2009, which he labels the “summer of the shark“, beach attendance numbers (which are hard to measure) were up, as are beach attendance and tourism numbers in WA over the last three years. Neff’s research in the area says that people understand how rare the risk is, and that we are more likely to base our decision to go to the beach and get in the water on the weather than the possibility of encountering a shark. “I have no information that people are changing their behaviour in the long term related to shark bites”.

“That’s for good reason because most people will never see a shark in their life.”

Professor of psychology at the University of Melbourne Nick Haslam says the fear of sharks is a “prepared fear”, meaning that through evolution “we’re more prepared to fear some sorts of things, insects, snakes, being preyed on”. According to Haslam, we weigh up two major factors when assessing the risk of an activity like swimming at the beach, “it’s always a combination of how likely and how bad it will be”. There’s no tipping point at which an individual changes their behaviour based on assessing risks like shark bites, says Haslam.

“There’s no hard and fast answer to that. Some people are very concerned about risk and some people are very gung ho and dismissive about it. In the case of shark attacks the probability is so low it’s more of whether people think it could happen, even if it’s a one in thousand chance (it would never be that high) even that is too high for some people.”

Both Neff and Haslam say that the media can have an effect on how we assess the risk of shark bites, and research by Joanne Cantor shows that films such as Jaws or Scream, especially when seen by children, can have a long term effect. But most Australians will be heading to the beach with no second thought about sharks this summer — most of us think it’s safe to go back in the water.

Why are we so afraid of shark attacks?

What the numbers say about the risk of shark attack

I must admit. I haven’t entered the ocean since I saw that Steven Spielberg film. I still have nightmares about encountering one of those denizens of the deep. Whenever I see a photo of one my flesh still crawls. I’ve never been able to look at a Japanese submarine since I saw ‘1941’.

I’ve seen lots of sharks, mostly small, some large, because I go diving and snorkelling. The main fact is that most sharks aren’t dangerous and very few of the ones that are will attack people. In fact, there are many potentially dangerous sharks in the waters near Melbourne, including Great Whites but nobody ever seems to get atacked. There are lots of Great Whites around Newcastle, Port Stephens but they don’t seem to have attacks either. If you’re spearfishing in shark areas, you’re taking a big risk but, otherwise, I wonder why there are so many attacks in the western half of the country?

Brian, I wonder that too. I have a nasty feeling that the shark cage industry, which teaches great whites to come and be fed while there there are people in the water might be part of it. We never heard of these deliberate attacks before. They were rare and explicable, now they are less rare and less easily explained. Unless we believe that great whites are linking humans and food. Previously they went YUK neoprene and spat it out.

Perhaps the shark attacks could also be increasing in Australian waters thanks to the Chinese fishing industry which allows sharks to have their fins cut off and being tossed overboard to await an agonizing death by other sharks. All in the name of shark’s fin soup. Yep, they’re being wiped out. Can anyone really blame the critters for wanting to escape annihilation?

I think a contributing factor to the slight increase of shark attacks in WA is due to a replenished seal colony in the South-west which has brought the Great White back in larger numbers. I’ve also heard a lot of WA surfers talk about this. A lot of the older surfers no longer surf the “dawny” or dusk sessions either. They openly talk about surfing when the sun’s nice and high.