The Queensland election will come down to a question of what voters want more: coal seam gas and casinos, or to see Newman and Abbott kicked out of office. 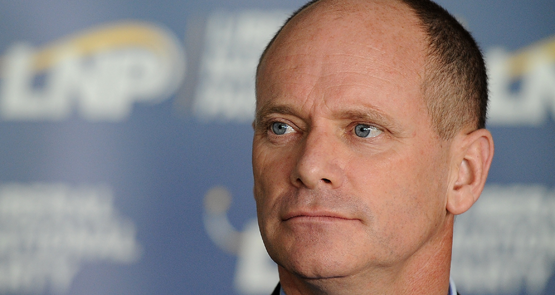 Queenslanders will go to the polls in a snap election on January 31 to give their verdict on Premier Campbell Newman’s dash-for-growth Liberal-National Party government.

His early election call — predicted by Crikey last month — is aimed at capitalising on the recent makeover of his government and that of the equally unpopular Team Abbott in Canberra. Newman will present voters with a coal-and-casinos platform promising tens of thousands of jobs, new infrastructure and massive foreign investment. However, the government’s figures are rubbery, the outcomes are largely fictional, and costings have been dreamed up by advertising agencies, not economists. Think of the ABC comedy series Utopia and you’ve got the picture.

Newman’s re-election strategists are hoping that Queenslanders won’t notice the deception. After all, most voters will be celebrating Australia Day, lazing on sun-drenched beaches following the cricket, tennis and the Asian Cup, and getting ready to return to work and the kids back to school.

The LNP has the added support of Rupert Murdoch’s daily newspapers in Brisbane, the Gold Coast, Townsville and Cairns and an election war chest amply topped up by coal and gas mining interests and property developers.

Newman’s biggest worry isn’t winning the election, but retaining his own Brisbane seat of Ashgrove. After soaking the constituency with cash, the Premier has narrowed the gap with his Labor opponent Katie Jones but it remains a cliffhanger.

Last April, Newman set the scene for the election when he announced the Carmichael Mine project, the biggest coal-mining operation in Australian history. The $16 billion mine in central Queensland with six open-cut pits and five underground mines will cover more than 200 square kilometres of the Galilee Basin. It is the brainchild of the Indian mining conglomerate Adani, one of the corporations behind the electoral success of Prime Minister Narendra Modi and his right-wing BJP party in last May’s elections.

Despite billowing support from News Corp, the Carmichael Mine received a troubled report from the Commonwealth’s Independent Expert Scientific Committee on Coal Seam Gas and Large Coal Mining Developments, a backlash from graziers and outback National Party stalwarts plus a wall of opposition from environmentalists concerned about the threat to the basin’s water table and endangered species.

Lock the Gate’s Drew Hutton, a former Greens parliamentary candidate, rejects the Newman government’s environmental conditions placed on the mining operation saying that they are based on “flawed science”.

Newman remained defiant, at least in public, telling reporters on ABC Radio’s PM in May last year, “I said famously, or infamously, that we are in the coal business. I again reiterate that today.”

But amid growing questions about the funding arrangement secretly reached with Adani, Newman’s re-election strategists switched from outback coal to casinos in the party’s Brisbane heartland.

On Christmas Eve The Courier-Mail splashed with a front-page “exclusive”: “Icon in the sky: Amazing race to transform Brisbane”.

The advertising puff posing as news was given almost a full page inside: “New city on the cards — First glimpse at casino plans to transform Brisbane’s heart”.

The Labor opposition led by Annastacia Palaszczuk is starved of oxygen as the LNP carpet bombs newspaper, radio and television with election advertisements.

Labor holds only one ace (or is it a Joker?): Tony Abbott. The Prime Minister is loathed in Queensland as fiercely as in the other states and territories and the Coalition’s standing is further damaged by the presence of Queenslanders in Team Abbott such as Attorney-General George Brandis and new Immigration Minister Peter Dutton, a former drug squad cop.

In summary, Queenslanders will face a strictly limited choice on January 31: vote for coal and casinos or vote against Newman and Abbott.

Campbell Newman will surely win; he’ll get the big guns out. …and have team Australia winners: Tony rAbbott, Scott Morrison, George Brandis, Chistopher Pyne, Eric Abetz, and Arthur Sinodinos on the job, and involved as much as possible in the Queensland election. He’ll romp it in.

Labor managed to win in Vic with a significant MSM bias against it comprising both Newscorp and Fairfax. Time will tell whether old media continues to have the same influence.

If I lived in Ashgrove & witnessed state govt money being blatantly splashed around the electorate it would rile me & guarantee Newman not securing my vote.

Kate Jones is very popular & I imagine there are constituents who were former public servants who will opt to support her rather than the man who dissolved their careers.

Does anyone seriously expect to see a different attitude to mining and casino development from a Jeff Seeney LNP or ALP government? Whoever wins, we lose and the fat cats get theres.

Will Queenslanders be as switched on as Victorians?