Watchdog or Lapdog: why should you read the business pages?

Now that the dust has settled on the global financial crisis, we have to ask ourselves: is our business press holding the powerful to account? Is it more watchdog or lapdog? And what is the point of business journalism, anyway? 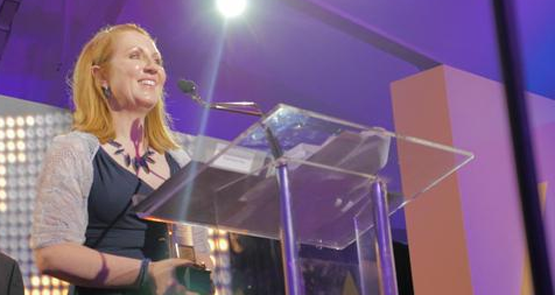 This is the first installment in a five-part series. In Watchdog or Lapdog? we ask some of Australia’s top reporters to share their insights from the front line of business journalism.

Australian investors lost almost $40 billion to dubious scammers during the global financial crisis, and that’s just counting the dodgy mortgage and property funds, agribusiness schemes and margin lenders that froze or collapsed into bankruptcy. A tally including the losses racked up by the likes of ABC Learning, Centro, and dearly departed merchant banks like Allco Finance and Babcock & Brown would be much, much higher.

For all the recriminations, and the suffering inflicted, nobody went to jail. While there has been justified finger-pointing at the scam promoters, the fee-driven advisers who sold completely inappropriate products to their clients, the banks behind them that sucked in an ocean of fees, the liquidators that made a killing from the carnage afterwards, and the corporate regulator that oversaw the whole debacle, there is one key player that has so far escaped much criticism: Australia’s business press.

The same is not true in the United States, where the financial crisis heated up in 2007 and erupted with the collapse of Lehman Brothers in September 2008. Trillions were sunk into collapses, bailouts and stimulus, millions of jobs were lost, the Federal Reserve cranked up money printing, and official interest rates are still around zero more than six years later.

Over there, conferences have been held and books written focused purely on the role America’s business media played — or should have played — in the lead-up to the crisis. From comedian Jon Stewart’s unforgettable 2009 takedown of the bull-market spruikers like Jim Cramer on cable network CNBC to titles like Bad News: How America’s Business Press Missed the Story of the Century (2010) and journalist Dean Starkman’s The Watchdog that Didn’t Bark: The Financial Crisis and the Disappearance of Investigative Journalism (2014), US business journalists have been thrown into the dock, forced to explain themselves, and too often found wanting.

Nobel Prize-winning economist Joseph Stiglitz set the scene in Bad News, arguing business journalists had been captured by the business sources they relied on, in a relationship that had become much too cosy. Eschewing scepticism and investigation, journalists had become cheerleaders for business, participants almost, writing for investors rather than the public. London School of Economics lecturer and Guardian columnist Damian Tambini argued that the business media were slave to a “quid pro quo: access to information is granted, but only on condition that stories are presented in the required manner”.

After an exhaustive quantitative analysis of business coverage in the boom years, Starkman, an editor of the Columbia Journalism Review, could identify only 730 sceptical stories (The Wall Street Journal alone produced 220,000 stories in the same period), and many of those came out either at the beginning of the decade, following the 2000 tech wreck, or at the tail end of the boom — including after the Bear Stearns redemption freeze that signalled the beginning of the crisis in mid-2007 — by which time it was much too late. While those warning stories were worthwhile, Starkman wrote, remember that Wall Street by 2004-06 was completely unhinged — mortgage fraud was happening on an industrial scale, wholesale debt portfolios were being traded for sex. Still there was a complete absence of the front-page exposes or scandals that would have let the general public know what was really going on:

“There were bubble stories … but to get the public involved you need more. You need stories of institutionalised corruption. There’s no way around it … A word about head-on investigations of powerful institutions: they’re not optional.”

“In all three countries, journalists were under-trained, under the pump and overwhelmingly reliant on business and PR sources.”

In Australia, by contrast, the role played by the business media ahead of the crisis has been noted in passing, if at all. In his compelling, award-winning book Six Months of Panic, Trevor Sykes — the doyen of Australian business journalism with over 50 years in the industry — drew lessons from the GFC for non-executive directors, banks, financial advisers, regulators and the legal system, but was silent on the role of the business media. The same goes for businessman and occasional Crikey contributor Adam Schwab’s scathing account of a string of collapses during the crisis, Pigs at the Trough.

Yet arguably, many of the criticisms levelled at the American business press could be levelled at Australia’s business journalists. Indeed, two recent studies suggest exactly that.

In a paper published last year in the Australian Journalism Review, “The framing of the Global Financial Crisis 2005-08: a cross-country comparison of the US, UK and Australia”, three media scholars in the UK, US and Australia compared the performance of the business media in The New York Times, The Sydney Morning Herald and The Guardian — analysing hundreds of articles — and found the same alignment in all three countries between business journalism and business interests. In all three countries, journalists were under-trained, under the pump and overwhelmingly reliant on business and PR sources. They saw their role as informing the business community, rather than informing and educating the public. Recent developments in Australia increased concern about uncritical, pro-business coverage, with the loss of many experienced journalists amid large-scale redundancies at major metropolitan mastheads. SMH economics editor Ross Gittins, who was interviewed by the authors, drew a sharp distinction between economics journalists and business journalists, and warned the changed commercial strategy of struggling newspapers pushed pro-business coverage to appeal to a business audience. He criticised the overuse of business sources, which led to ideological capture and neglect of the general audience:

“Business journalists talk to business people and end up siding and adopting the views of their sources. They become infected by the views of the people they spend all day talking to.”

University of Melbourne lecturer in media and politics Andrea Carson has written the only scholarly paper I’m aware of looking squarely at the decline of corporate investigative journalism in Australia, published last October in the peer-reviewed Australian Journal of Political Science. Carson noted the general lack of research into corporate investigative reporting in this country (and touched on my controversial Crikey piece last year that attacked “PR-driven churnalism”, “creeping advertorial” and “business reporting with fear and favour”). Based on two quantitative analyses stretching back 50 years and a series of interviews (mainly with editors and publishers, rather than reporters or columnists), Carson concluded that: a) corporate investigative reporting is rare at any time, but b) it was most common in the 2000s, even more common than in the golden age of the ’70s, and was now in decline. Of the general newspapers surveyed — The Age, The Australian, the SMH and the (now defunct) National Times — Carson wrote:

“The scrutiny of the corporate and financial sector by Australia’s daily broadsheets diminished and was commensurate with newspapers’ political-economic environment, characterised by falling revenues, decreased print circulations and staff cutbacks.”

We have a problem. But where do we go from here?

Crikey interviewed some of Australia’s leading business journalists to canvass their views on the state of the profession. Did our finance press fail in the lead-up to the GFC, and if so, how? What particular challenges do we face, amid the wrenching transformation of the media business? What are the opportunities?

In a special series, over the next four days, Crikey will share their insights and experiences on the front line of business journalism in Australia. We were privileged to have in-depth, on-the-record discussions with half a dozen multi-award-winning journalists, including this year’s Gold Walkley winner Adele Ferguson of Fairfax Media; former Age business journalist and prolific writer Gideon Haigh, who wrote this penetrating media series for Crikey in 2012; Ben Hills, former Age investigative journalist and author of books including Blue Murder and Stop the Presses; Pierpont columnist Trevor Sykes, a veteran of the AFR and the former Australian Business Magazine who has covered more booms and busts than anyone in the country; ABC business editor and former SMH editor and columnist Ian Verrender; and Fairfax business columnist and former editor Michael West.

Watchdog or Lapdog: why did financial journos fail to see the GFC coming?

Great piece which confirms what every informed media observer in Oz already knew…..the gate keepers have become the game keepers, Ross Gittins being the notable exception.

Looking forward to hearing the views/explanations of our ‘leading’ business journalists.

Why you should read the business pages? Because it makes you money! My subscriptions pay for themselves.

But you should read a business article the same way you read an annual report.

1. Ignore the opinions and focus on the data.
2. Never assume that what is written is the truth.
3. Use the stories as seeds to do your own research.
4. Focus on the human principals (directors/CEO’s).
5. Every forecast should regress to the mean.
6. Returns are based on risk. If it looks too good to be true, it is.

7. Don’t blame the media for your own failings in analysis.

99% of all financial reporting is PR. It’s not that financial journalists are in the pay of business, it’s that to publish a negative story about a business may well bring about the outcome forecast. So if a journo writes a story saying, say, “Wesfarmers is shite” and they are a widely respected financial journalist, their opinion could be acted on behalf their readers with a significant problem for and has company under discussion.

It is instructive that Enron’s demise began with a story in Fortune (I think), asking th bland question, “is Enron overpriced?”

This is a difficult conundrum and should not be dismissed with simplistic ideas regarding transparency.

If any journo out there wants a scoop have a look at the daily counter-intuitive gold and silver action. Get a free trial subscription to lemetropolecafe.com, but be prepared to be called a conspiracy theorist as journos from Reuters down have been warned off the story for over a decade, the US would rather its nuclear secrets were known than the true disposition of the gold market. The survival of the US dollar is at stake. It will be the GFC all over again “Why didn’t the Press tell us?!” Because journos internalise the lies they are told.

We’re any made to journalists from News Ltd? If so, what was the reaction?