Smooth as silks: it’s time to ditch the title QC for good

It is time to unambiguously embrace our Australian identity -- and the Queen should have nothing to do with it, writes Stephen Dametto, NSW convenor of the Australian Republican Movement. 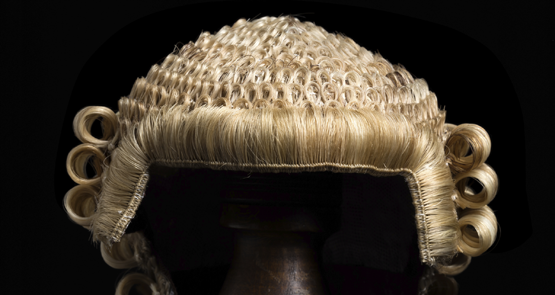 It’s time to get rid of the term Queen’s Counsel for Australia’s most senior silks, when we should instead use SC, or Senior Counsel. With the election of a pro-QC majority to the powerful Bar Association Council in Sydney, support for ditching the SC title and reverting to the QC title across Australia is gaining momentum.

But there are still plenty of QC proponents. In 2013, Queensland made the shift back to calling its senior barristers QCs. Victoria was next in February last year, and Attorney-General George Brandis has declared his intention to move to the QC title “sooner rather than later”.

This is one of the more disturbing steps back in time by the Abbott government, following its knights and dames efforts last year (which resulted in an unprecedented spike in traffic to the Australian Republican Movement’s website as new supporters attempted to join the organisation to show their outrage).

In 1901, the Commonwealth of Australia was born, and in 1903 the High Court of Australia was established. The Statute of Westminster 1931 (UK) recognised Australia’s sovereign right to control its own domestic and foreign affairs, and also stated that no UK law made from that point forward would automatically extend to Australia. Further, the Australia Act 1986 (Cth) eliminated any remaining possibility for the UK to legislate with effect in Australia and for the UK to be involved in the Australian government. It also abolished appeals to the UK Privy Council.

We could add to the list above the change to the Oath of Allegiance and, from a New South Wales perspective, the abolition of the QC and change to Senior Council, or SC, in 1993.

Of course, Britain still has some significant, mostly constitutional, strongholds in Australian law. For its part, the legal community has largely been on the front foot in many of the aforementioned changes and in the progressive social movements in Australian history, including on the republic and other constitutional reforms.

Personally, I don’t get the fascination or relevance of maintaining the QC title. And I am not alone on this. President of the Bar Association Jane Needham agrees that it should not be the most pressing issue for the council to consider. Eminent Sydney barrister Bret Walker says there is no public interest and that it is an utterly trivial matter that might be called golf-club hankering of some people.

Of course it will take time for SC to carry the same cachet as QC, but QC has centuries of history. The title SC is just 20 years old, but its cachet will be cemented as the prominence and prestige of our SCs grow — through leadership and by barristers judging themselves and their peers on the work they actually do in court and representing their clients (rather than on an historical title).

The law has been a forerunner and leader in democratic principles and equality, but supporting a title that comes from an institution that at its core is not democratic, is not egalitarian and worse, is religiously and racially discriminatory, doesn’t make sense.

To revert to the QC title now is short-sighted and shows a lack of faith in ourselves. What is required here is advocacy, vision, big-picture thinking and the leadership to back ourselves.

The QC debate is intractably linked to debate about Australian identity, an identity linked to another country.

It puts firmly back on the table the issue of the Australian republic because an Australian republic is about our unique identity as Australians. It goes to the core of who we are as a people and as a nation. It goes to our work ethic, our values of a fair go for all, equality and rewarding hard work — not entitlement. It is also about our desire to have a head of state who is one of us.

Reverting to QC is an endorsement for a regressive, discriminatory system.

We should not be a cultural appendage to another country. We should back ourselves, back our SCs and be simply and unambiguously Australian.

I wonder whether the popularity of titles other than SC will change when, as will inevitably happen, QC is substituted by KC.

PATRICK BELTON: Damn you, you’ve beaten me to the obvious question.

We should just refer to them as Queef’s Counsel until they drop it.

Given that barristers no longer have to be ‘instructed’ by solicitors but can tout for business on their lonesome, why not get rid of the distinction entirely?

Get rid of it entirely. In my experience when “instructed” by solicitors, barristers assigned to minor cases have been ill-informed and arrogant, talk mostly to each other and seek formulaic agreements so they can piss off to lunch.