In <em>Serial</em> withdrawal? Try your hand at solving these cold cases

Missing Serial? Here are some home-grown mysteries to spark your new obsession. 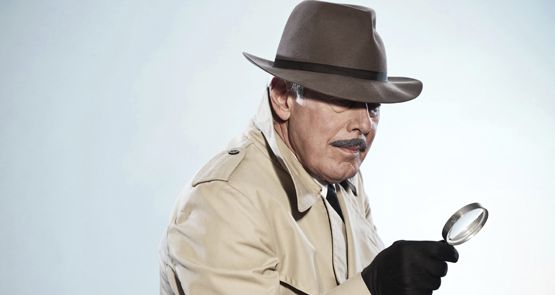 Although Crikey has already shattered your dreams of an Australian edition of Serial, there’s nothing to stop our readers conducting their own sordid investigations into some of Australia’s grislier unsolved murders. There’s something viscerally compelling about a mystery without an answer that overwhelms all sense of propriety. So to keep you from resorting to the methadone of Midsomer Murders for your gruesome voyeurism, we at Crikey look back at some of the more heinous crimes that left Australian police scratching their heads.

The Somerton Man
The Australian unsolved murder par excellence. This one has it all: an unidentifiable man killed in an unidentifiable way, Cold War paranoia, a cryptic cipher straight out of that Dan Brown book you have propping up a wonky table at home — everything, basically, that could lend 20th-century Oz the film-noir glamour it had been sorely lacking.

In the early hours of December 1, 1948, a well-dressed man was found propped up against the sea wall on Adelaide’s Somerton Beach. He was aged in his 40s, and not likely to get any older. Unfortunately for investigators, the man had all the identity of a Rorschach test: the labels had been painstakingly cut off his clothes, and his pockets were empty except for ticket stubs, chewing gum, cigarettes and matches. The only foreign substance found in his body was hardly likely to be fatal — a pasty eaten hours before his death. Suspicions that the man had come down to the sea for one last smoke before taking his own life were strengthened when police discovered a rolled-up scrap of paper buried in a fob pocket sewn into his trousers containing just two words: tamam shud, the final words of the Rubaiyat, a collection of Persian poetry penned by Omar Khayyam and repeated in hushed tones by wide-eyed undergrads the world over. Roughly translated: “finished”, or “ended”. Spookily translated: “The End”. In an apparent breakthrough, the words were traced to a rare New Zealand translation of the book, a copy of which was found in the back seat of someone’s car a few weeks before and in around the same area the body was discovered. The back of the book contained five lines of incomprehensible code, with some ominously struck out.

A suicide note? The final communication from his cold Soviet handlers? A lot of people have devoted their lives to answering that question, with no more success than in the days after the body was found. But hey, maybe you know something they don’t.

The Claremont Murders
What the case of the Somerton Man has in quality — and let’s face it, you can picture Humphrey Bogart lighting up a cigarette as he leafs coolly through a copy of the Rubaiyat — the Claremont killings had in quantity. Not to cast aspersions on our Western Australian readers, but Perth has a bit of a history of this serial killing lark. The most famous is Nedlands Monster Eric Edgar Cooke, whose four-year reign of savagery cost the lives of eight people. While the Claremont murders never reached those same bloody peaks — that we know of — the cold knowledge that the killer might still be roaming the empty streets of Perth makes the fruitless investigation all the more chilling.

By itself, the disappearance of 18-year-old Sarah Spiers from the affluent Perth suburb of Claremont on Australia Day, 1996 would have been a tragedy. But when two other young women vanished from the same suburb — and later turned up dead in the Western Australian scrubland — the police tore the city apart trying to find any trace of the killer. Over 2000 DNA samples were collected, with a focus on anyone who would have the means to prowl the Claremont nightlife, particularly taxi drivers and hotel staff. More than 10,000 police interviews later, the police were no closer to catching the perpetrator. The investigation is still ongoing, 17 years after the last body was found.

The Singh Murders
Part of the problem of living in a culture obsessed with the paraphernalia of murder is that years of CSI, Law and Order and half of all ABC’s Sunday night programming has taught everyone the basics of What Not to Leave at a Murder Scene. Gloves are worn, guns wiped down and guard dogs slipped a cheeky bit of wagyu (that last one might not actually be a thing). In the case of the deaths of the three Singh siblings in 2003, though, a more novel means of hiding the evidence was employed: a trip to the spa.

Neelma, Kunal and Sidhi Singh were found dead in the upstairs spa of their home, with signs that the three siblings had been dragged there after their deaths — although Kunal was later thought to have drowned in the overflowing water. By the time police had reached the scene, the intense heat of the spa had wilted away anything that could have lead investigators to the killer. Everything, that is, except a single sock print belonging to Max Sica, Neelma’s ex-boyfriend, whose clumsy attempts to finish off the job the spa started with a liberal helping of bleach left just enough evidence to bring him in. Unlike the other murders on this list, this one has as happy an ending as is possible in the circumstances: Sica was sentenced to a non-parole period of 35 years, the longest term ever ordered in Queensland. As gripping as a strung-out murder mystery is, sometimes you just need to know whodunnit.

Crikey Clarifier: what is involuntary manslaughter?

No pardon for Breaker Morant