Crikey intern Mahalia Dobson breaks down the big stories of the Christmas break. 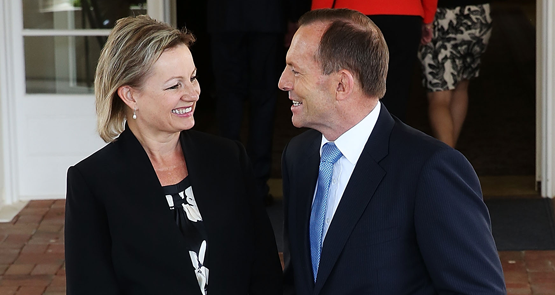 Crikey has been spent the last two weeks enjoying a well-earned break and we know that many of our readers have as well. So if you’ve only passed a cursory eye over the news in the past few weeks, here are the biggest stories of the Christmas break:

Cairns Massacre. A 37-year-old woman was charged with murdering seven of her children and her niece in a massacre in Cairns on December 19. The house where the eight children were murdered is set to be demolished to make way for a memorial. The woman charged with murdering seven of her children and a niece has been placed under an involuntary treatment order in Cairns Hospital. There have been calls for newly sworn in Social Services Minister Scott Morrison to review the states’ child protection systems in response to this tragedy.

Bushfires. More than 200 families have been displaced by bushfires still burning in South Australia. It has been confirmed that 12 homes have been destroyed while 20 others are feared to have been lost. About 20 people have been injured, 12,800 hectares of land blackened, and about 1000 houses were without power over the weekend. Specialist teams are currently assessing damaged areas and preparing for deteriorating weather conditions expected to spike on Wednesday.

Reports on the weekend’s western Victorian fires suggest more than 1000 sheep have been killed in the Moyston fire. The stock deaths occurred within a fire that blackened 4600 hectares of Moyston, near Ararat.

Tony Abbott in Iraq. Prime Minister Tony Abbott has traveled to Baghdad for talks on helping Iraq fight against the Islamic State terrorist group. Abbott used his first visit to Iraq to meet with his Iraqi counterpart Haider al-Abadi and discuss Australia’s involvement in the fight against IS.

Changes to Medicare. The federal government has snuck in a couple of important changes to Medicare. From January 19, 2015, the rebate for consultations under 10 minutes will be cut by about 55% from $37.05 to $16.95 for all patients, including pensioners.  From July 1, 2015, the Abbott government plans to cut the Medicare rebate for all consultations, excluding children and pensioners, by a further $5. This cut is essentially a cut to a person’s rebate and not to the GP’s salary. In other changes, it is assumed  there will be no further indexation until after 2018, meaning the cost of providing medical care will continue to rise.

Flight QZ8501. On December 28, 2014, the AirAsia flight QZ8501 carrying 155 passengers and seven crew members crashed. According to Indonesia’s Search and Rescue Agency chief, the plane is most likely at the bottom of the sea. More than 80 deep-sea divers have been deployed to search for the missing plane. AirAsia today says the number of recovered bodies sits at 34.

Scott Morrison threatens to stop citizenship by Moreland City Council. At the beginning of the new year, it was reported that former immigration minister Scott Morrison threatened to revoke the rights of an inner-city Melbourne council to conduct Australia Day citizenship ceremonies after its mayor refused to read aloud a message that, according to an ALP member, contradicted the council’s policy to welcome asylum seekers and refugees.

I’m confused about the Medicare rebate cut being described as not being a ‘cut to the GP’s salary’. In effect, if a GP bulk-bills, then s/he will now only receive $16.95 rather than $37.05 for a short consultation. Unless they charge the difference to the patient (i.e. don’t bulk-bill) then they have to wear a 55% reduction. How is this not a cut to their earnings?

Its not confusing at all. In the same way that the ABC and SBS, Health and Education get less money to provide services to the people is NOT a cut to said services. Gee its so straight forward. You need to read more first dog.

Admittedly, I only had the long weekends off, but really, you think Crikey readers don’t pay attention to the news when they are “on a … break”? The only time I haven’t known what was going on was during extended travelling overseas, pre-internet days, what with events in Australia not really rating a mention in non-English speaking countries.

Thanks, Crasher. I’m not really confused…except about how the writer arrives at her conclusion.
I’m sure First Dog will make it all crystal clear

This encapsulation of the news over Christmas is an excellent service. It points out what actually happened and, by default, helps us to know which stories were bullshit.

CRASHER and SMOGDOWNUNDER: You do both realise that First Pooch is now at The Guardian?