The government's proposed changes to Medicare will force GPs to choose between a pay cut or charging more to those who need their services most. 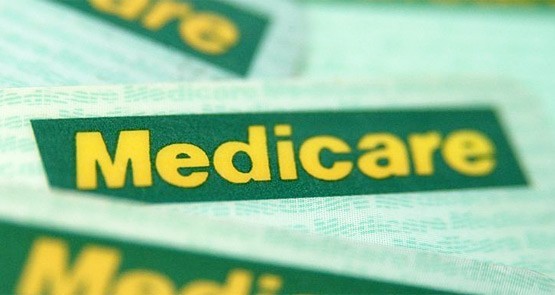 The federal government’s revamped co-payment proposal consists of three parts. The first is a $5 cut to the Medicare rebate which can only happen with parliamentary approval. Labor has rejected this, as have some crossbenchers. The second is the freezing of the Medicare rebate until 2018, which amounts to a $3 cut over four years due to inflation. It does not require any parliamentary approval. Both are clearly designed to reduce GP Medicare income and force them to decrease bulk billing rates and charge more frequent and larger co-payments.

The third part of the revamped budget measures is more subtle, and although already implemented as of January 1, it can be disallowed by the Senate when it next sits. It requires that a Level B consultation be a minimum of 10 minutes in duration (this change affects consultations with all patients including pensioners and healthcare card holders). Currently the difference between a Level A and Level B consultations is worded as to the complexity of the content, with a Level B being less than 20 minutes but with no other time limits specified. (Level B $37.05 vs. Level A $16.95).

The stated aim of the policy is to reduce turnstile or six-minute medicine, whereby patients are given inadequate time for the service they require, rushed out of the consultation with a pat on the head and an unnecessary blood test, x-ray, or prescription rather than the listening, questioning, and getting to the bottom of the problem that should occur. The corporatisation of some GP practices is likely to contribute significantly to this, but neither of the major political parties have previously done anything to address this issue.

The change will be difficult to enforce as the only access the government has as to how GPs categorise their visits is to look at aggregate data on the number of visits over time and from that data to identify GPs who are well outside the average and then to investigate them and look at their records (the task of the Professional Services Review). This picks up a very small number of GPs every year who appear to be overclaiming by claiming more Level A, B or C consultations over time than would seem possible, or sometimes not even seeing patients and putting in a claim.

Thus the likelihood that this change will have as much impact as the government suggests remains unknown (no modelling, but what’s new?). Superficial success of the change should be easily measured by noting an increase in Level A and decrease in Level B consultations. The net effect of that will be a decrease in Medicare income to GPs. While this might primarily affect just the GPs who are practicing poor quality turnstile or six-minute medicine, it may also have a significant impact on the Medicare income of GPs providing high quality service who feel that a six- or nine-minute consultation is worth a Level B rebate, particularly as the next three consultations might each take 19 minutes.

An acceptable alternative to this policy would be to reinvest any savings from the proposal back into primary healthcare services, making it budget neutral. Thus, a corresponding increase in the payment for Level B or C consultations would send a much clearer message to GPs that the true intent of this change is to reduce inadequate short consultation. An increase in funding for other services managed by a GP practice, such as practice nurses, would send a similar but less direct message.

But as currently suggested the effect of this move will be to decrease the Medicare income of GPs. This is the unstated primary aim of the policy. It shares this aim with the freezing of the rebate until 2018 and the $5 reduction in the Medicare rebate. The secondary aim of all three policies is to force GPs to reduce or abandon bulk billing and charge more and/or larger co-payments. Although the rebate for pensioners and healthcare card holders is left untouched by the $5 rebate cut, the other two changes will mean that the Medicare income from all patients will be reduced.

This proposal is not about reducing six-minute medicine, despite what the federal government has claimed. It is aimed at decreasing bulk billing and increasing co-payments.

Doctors’ groups like the Australian Medical Association may reasonably be criticised for being concerned primarily about doctors’ incomes. The reality for patients however is that their GP is faced with either charging co-payments and decreasing bulk billing or accepting a salary cut. Most will not accept a salary cut, any more than any other small business or professional group would.

Combined with the introduction of private health insurance into primary healthcare as the federal government has already done, the ultimate intent is to destroy Medicare as a system of public health insurance with universal access and replace it with an Americanised system of two-tiered access with Medicare providing a dismal safety net.

Who will guard the guards?

Q: How to get rid of a substantial program (in this case public healthcare) that is supported by almost everyone?

A: Gradually de-fund and de-fund until the program is pretty much completely ineffective, then point to the limp remainder as a pointless waste of money.

This is straight out of the US political playbook.