The problem was there 25 years ago, but Australia still lags behind the rest of the world in the struggle against climate change. 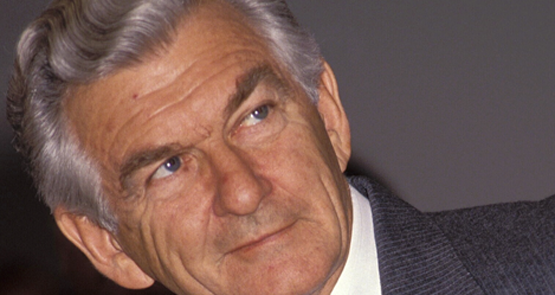 Among the 1989 cabinet papers released on New Year’s Day was a 55-page submission on an “Australian response to the greenhouse effect and related climate change”.

The submission, which was approved by the Hawke cabinet in April 1989, was led by then-environment minister Graham Richardson and then-science minister Barry Jones, and called for a $7.8 million accelerated research effort on global warming, supported by the Prime Minister’s department which noted:

“… if some of the forecasts of climate change made by credible scientific authorities come to pass, then this issue has the potential to generate the most significant social, economic and political problems likely to confront Australian governments over the next two decades.”

The rather understated submission is chilling, given how little progress we have made in the intervening 25 years. Australia has taken a huge leap backwards under Prime Minister Tony Abbott, becoming the first country in the world to abolish a price on carbon. We are not quite back to square one in terms of a policy response to climate change, but if the federal government succeeds in nobbling the legislated 2020 renewable energy target, we may as well be.

Climate science, of course, has advanced considerably in the meantime but in 1989 the alarm bells were well and truly sounding. Under the subheading “timing/urgency” an attachment describing Australia’s existing $13 million-a-year low-level, ad hoc climate research effort, led by the CSIRO and the Bureau of Meteorology, noted:

“While it has long been recognized that atmospheric changes and the build-up of radiatively active gases in the atmosphere could in principle lead to a global warming, only in recent years have scientists collected enough evidence to estimate how and why these gases are increasing. This evidence of changing atmospheric composition, the speed of this change, the link with human activities and the combined effect of the various atmospheric trace gases has brought about the realization that significant climate change can be expected over the next few decades.

“More than anything else, the fact that the changes will occur at rates faster than experienced at any time during human or geological history dictates the urgency associated with obtaining the best possible estimates of how climate is expected to respond. In particular, there is a great need to determine what the changes for Australia will be, and how they will affect specific regions.”

After another of the hottest years ever, as Australia battles increasingly frequent and savage storms, bushfires and floods, rising sea levels, and the prospect of worsening drought as El Nino returns, we now know the answer to that one.

Internationally, the World Meteorological Organization and UN Environment Programme had established the Intergovernmental Panel on Climate Change in 1988, the Montreal Protocol on Substances that Deplete the Ozone Layer — establishing a precedent for global action — had come into force in January, 1989, and Canada held a convention on the Law of the Atmosphere the following month. Greenhouse was being addressed by the UN General Assembly and the OECD.

The cabinet submission noted that much of the greenhouse research effort was occurring in and focused on the northern hemisphere and Australia was one of the few countries in the southern hemisphere that could do similar research and play a role in developing strategy. While representing only 1% of world greenhouse gas emissions, the submission warned that unless we participated in international deliberations, Australia risked “having foisted upon us policies which will prejudice our international and domestic economic interests”.

That risk is writ larger now given Australia has been dragging the chain for decades — except for a moment when former prime minister Kevin Rudd finally signed the Kyoto Protocol, getting a standing ovation at the UN climate talks in Bali in 2007. A decade earlier, when John Howard sent then-environment minister Robert Hill to Kyoto, we special-pleaded for the ability to keep increasing greenhouse gas emissions, obtaining a 2008-2012 target of 108% of 1990 levels. Hill’s successor Greg Hunt skates over this fact when he dares boast we have met our targets, unlike other countries. Australia has dirty hands on climate and will get short shrift in the UN climate talks in Paris this year, to finalise a post-Kyoto framework.

Under the subheading “key facts”, an attachment to the submission noted the earth’s surface temperatures could rise by between 1.5 and 4.5 degrees by 2030, resulting in substantial climate change with major impacts for Australia, particularly agriculture (as areas suitable for crops like wheat moved toward the poles, reducing yields if soils proved less fertile), natural ecosystems, urban infrastructure, ports and coast communities, health and energy. On this last, the submission noted “international remedial action e.g. moves away from fossil fuel usage, could have significant effects upon the Australian economy”.

This theme was picked up in the appended media strategy, which in one staggeringly honest paragraph neatly summed up the doublespeak that would bedevil Australia’s response to climate for the next 25 years:

“The trade and economic aspects of the greenhouse issue should be played down [their emphasis] as emphasis on them might lead to criticism that the Government is catering to sectional, moneymaking interests rather than protecting the quality of life of all Australians.”

DFAT took exception to this, observing:

“While there may be a valid point to be made about the domestic sensitivities involved, we feel that the economic and trade implications of the greenhouse effect are so significant that they must be faced squarely.”

Noting that Australia was the world’s largest exporter of coal, DFAT helpfully suggested the media strategy could be “more carefully crafted”.

Equally telling, the cabinet submission was opposed by the Treasury and Finance departments who argued the funds for 50 new research staff should come out of existing budgets, warning “there is a risk of wasting resources in funding additional programs given the uncertainties on basic facts available”. The submission also showed the emergence of the green-versus-brown divide between environment/science and industry/energy agencies that has racked policy efforts on climate change at both state and federal level, with the Department of Primary Industries and Energy arguing it had been left out of the submission and had a role in formulating policies to limit the causes of greenhouse gas emissions and manage the impacts.

It was all there, as far back as 1989. The only thing missing from the submission was the obvious policy response: a carbon price.

According to the book “Shouldn’t Our Grandchildren Know?”, from Fremantle Arts Press (1992 and 2006), by Graham Chittleborough, biologist, ecologist and founding member of the Australian Conservation Foundation:

“After some hesitation, the Australian Government declared, on 11th October 1990, a committment to reduce emmisions of greenhouse gases by 20% (of 1988 levels) by 2005. This target refers to Carbon Dioxide, Methane and Nitrous Oxide.”

I think the environment minister at the time was Ros Kelly.

One of Graham Chittleborough’s biographical details includes being a student of Douglas Mawson at the University of Adelaide. As a biologist he (Chittleborough) spent a great deal of time on Australia’s remote Antarctic islands, and describes in his book his personal observation of the effect of climate change on those remote territories.

It could also be noted that the climate damage we are experiencing so far is due to emissions that were already in the greenhouse (353 ppm in 1989) at the time of the report. Because the ocean surface layer must warm first, it takes about 30 years for an increment in CO2 to deliver the resulting increment in equilibrium temperature.

We need a “Where Are They Now” on the Greenhouse Mafia. And maybe someone can do a Kickstarter on getting a set of playing cards with 52 of our worst offenders plus Abbott as the joker.

@ Coaltopia – i’d bet that the COALition has parachuted most of the Greenhouse mafia (that are still ambulant & compus enough to sign their own cabcharges) into parliament, ministerial advisor, or public service sabotage roles.

The idea of delayed effects of CO2 GHG ignores the fact that energy gain to the Earth system must be accounted for either by temp increase or ice melt in the land air and oceans at any instant in time. Over 90% goes into the oceans. If it is there it shd be measurable now. Given the oceans vast thermal capacity to store heat the task for climate catasthophists is to explain when where and why such heat should fly out in any short time frame and fry us in our beds.