Sydney gunman a criminal, not a terrorist

Man Haron Monis was a desperate, violent middle-aged man, not a jihadi.

Expect the unexpected. The gunman in the Sydney siege did not fit the profile (either the media or the security services profile) of the “lone wolf” terrorist who increasingly dominates our nightmares and our mediascapes. He was not a second-generation alienated Muslim youth, “self-radicalised” from extremist websites. He had his own “extremist website”, of course, but it was hardly likely to become a nexus of anything beyond his own deluded and barely coherent ramblings. His website, like the crimes for which he had already been charged, bore the hallmarks of an unpleasant middle-aged man, not a troubled teenager.

He was not, in other words, the kind of figure that anti-terrorism “experts” have subjected to so much recent analysis (and over-analysis), although he was already known to them, and to the media, and to the authorities.

And of course he was known to Muslim communities as well, at least in the sense that we have been aware of his existence in the years since he was charged with sending offensive emails to the family members of Australian service personnel killed in Iraq and Afghanistan. Muslims have been urged to report on any radicalised and potentially dangerous figures in our midst — yet what could any of us have usefully told the police and security services about “Sheikh” Haron that they did not already know? The response from Muslims on social media to the release of the gunman’s identity mingled disbelief with “that figures”. Not “that figures” because he was a known henchman for Islamic State (the last anyone had heard, he was Shia, not Sunni), but “that figures” because he has been so viably dysfunctional and disturbing for so long. But if the Australian Security Intelligence Organisation and the cops couldn’t figure that, why should we have been able to work it out on their behalf?

We ought not let Man Haron Monis’ self-declared title of sheikh and his “exotic” robes and turbans distract us from the fact that he fits a profile that has been familiar to the Australian court system since the still-unsolved attacks against the family court system during the 1980s. The information that is emerging about the background events to yesterday’s siege — an unpleasant divorce, a bitter custody dispute, domestic violence and alleged domestic homicide, the emergence of historic sexual abuse allegations — fit the pattern not of the disenfranchised Muslim yoof but of the stock-standard post-divorce mid-life crisis Australian man who reacts violently (usually against family members and ex-partners but sometimes against the court system) to the loss of what he considers to be his entitlements.

The tragic events of the past 24 hours raise questions about the government funding and media oxygen that has been devoted to counter-terrorism “expertise”. Criminologists are a more likely source of useful academic analysis, and the increased funding for ASIO could be more usefully deployed in combating family violence. And Helen Garner’s This House of Grief provides a more insightful reading of men like the Sydney gunman than does any of the media analysis I have read so far.

Hizb ut-Tahrir a convenient scapegoat, but we should not ban it 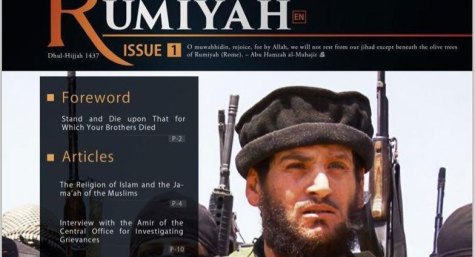 Islamic State’s next target is not Bondi, it’s Muslims living in the West. They just said so.

To justify the amount of money and disruption involved in counter-terrorism processes it is necessary to have terrorist events. A little mislabeling is the cheapest way to do it.

Yes, need to underline that one: “the increased funding for ASIO could be more usefully deployed in combating family violence”

Well said Shakira. Your article is an island of sanity in an ocean of dross. Thank you.

Completely agree. It was very depressing seeing international (NBC) coverage claim, without any evidence, that this sorry mess was evidence of the rise of Islamic fundamentalism in Australia.

An armed man walks into a busy Sydney café and a 17 hour siege follows. The city shuts down. It ends in the bloody deaths of two innocent victims. People are in tears as they buy their morning coffee.

Everybody is afraid. Police are jumping at every unattended package around the city. Thousands are not at work today resulting in millions of dollars lost revenue for hundreds of businesses that live off the city commuters.

But it’s not terrorism. Oh no, of course not! It’s, how did you put it? “the stock-standard post-divorce mid-life crisis Australian man who reacts violently ……. to the loss of what he considers to be his entitlements”