Two world-shattering events occurred last week: we landed a probe on a comet, and Kim Kardashian got naked on the cover of a magazine. Crikey's writer-at-large ponders the significance of the two.

A vast celestial body, floating in space, that the human race seeks to colonise. I speak of course of Kim Kardashian’s arse, which was all over the world last week. The reality TV star, daughter of an LA minor celebrity family, appeared on the cover of Paper magazine, her famous butt on display, accentuated by the decorous placement of a white towel beneath it. The strapline on the magazine boasted that the cover would “break the internet”. It broke the spirit, for many, for the same day it appeared, the Philae probe landed on Comet 67P, 4 billion kilometres away, at the end of a precisely plotted 10-year journey. The satellite mission was a triumph of human engineering, but let’s face it, so is Kim Kardashian’s butt, and that was the thing that got all the attention. This led to a round of tut-tutting about the warped priorities of mass culture. And of course there was more when a debate began about a shirt that scientist Matt Taylor wore while speaking to the media, a hand-painted hipster number featuring, among other things, voluptuous ladies, which was both a cause of condemnation and a prompt for “political correctness gone mad” articles (literally — see the UK Telegraph).

Beating ourselves up over the attention given to a trash-culture babe instead of a stunning scientific achievement is good fun, but it ignores some of the more complex things going on in this process, and the content of the events themselves. The appeal to pay more attention to the Philae landing is forlorn for one major reason: that is that it has lifelessness at its core. A machine lands on a rock spinning through the vast wasteland of space 4 billion kilometres away. It will yield useful information about chemical and material composition in the universe, but after that, so what? Should it discover a series of entirely new elements and upend the periodic table, well, that would be fun, but it ain’t gonna happen. So the information remains of interest to scientists only. It’s the same with Mars landings, exploration of the Jupiter/Saturn moons and everything else. A minor frisson around the discovery of water, and that’s pretty much it. Same rocks, same desert.

The attempt to glorify space exploration always runs into the same problem. Until we get to the technical point where we can colonise and terraform exoplanets — if we ever do — then space exploration will always relapse back to the point of meh. The process imitates world colonisation, but the latter project had a different dynamic, since we were always on a voyage to life — to other lands, with other people whom we could trade with, steal from, enslave, rape and kill. Whatever the morality of such encounters, they are encounters with a recognisable other and a project for the imposition of self and culture on a world. Space exploration is just a continual reminder of the absolute indifference the universe has to us and the futility of all conscious existence. The further out we get, the more pressing the futility becomes. Of course we want to talk about anything else but a robot landing on a rock. If it hadn’t been the Kardashian arse, it would have been something else.

“The public female butt has, until now, been a magical shitless arse.”

But whatever it was, it would most likely have been a woman’s body. Kim Kardashian’s arse became the absolute opposite of the comet landing, almost an antidote to its annihilating oppressiveness. The division is one between the abstract and the concrete, with culture siding decidedly with the latter. The Philae mission was an expression of the power of scientific abstraction to achieve action in the universe, far beyond our reach. But cultural meaning and intensity tend to be based within concrete particularity, and the exchange of concrete objects and images. The most potent of such objects for exchange is a fertile woman, first by abduction and war, later by marriage, which is the latter with a buffet. The exchange of women anchors culture; all myth and meaning tracks back to and is based upon it. Symbolic culture is based upon it — the oldest artefacts we have, the “Venuses” such as the Willendorf Venus, are caricatures of a fertile woman’s dimensions. Kim Kardashian’s surgery-and-training-exaggerated butt is simply a reprise of that. In 22,000 years we haven’t travelled any distance from that, nor will we, because if we did, culture would simply die. How we handle that disjuncture will change, and can be ethically assessed, but we will always return to it.

Furthermore we will always be more interested in the concrete than the abstract. We will always prefer the embodied, the particular, the intimate, the gossipy to the abstract, the general, the universal and the objective. Within any culture, there will always be people who are the reverse of that, who are either cut off from such feelings, or find that particularistic sense in the abstract — mathematicians, for example, who see numbers as living, feel the movement of the spheres — and it is such people who provide many of the key advances. Say they’re “on the spectrum” if you like, although that judgement overmedicalises what is often a far from disabling condition. One of the cultural dilemmas we face at the moment is that the reconstruction of social life has been at the hands of people who function well, or only, within fairly life-denying processes and frameworks. They’re the ones who build the Facebooks and Google glasses. When such processes become yoked to the wider economy, we become trapped into the anti-culture they created.

One response is to try and recapture embodiment in ever-more explicit fashion. Hence cultural pornification, ever more transgressive. Scientist Matt Talyor’s decision to wear his handmade, tiresome-hipster bowling shirt to be interviewed about the Philae mission was irritating — though it hardly cancelled out the achievement of the mission itself, as some argued — but it was also a sign that at some level, he couldn’t find enough meaning in his achievement to act in a manner sufficiently self-effacing to throw the attention onto it, rather than him. Less the vindication of theory than of The Big Bang Theory. But transgression, in such cultural conundra, becomes difficult to resist.

For example, it can’t be avoided that Kardashian’s arse-shot crosses a new line. The arses that adorned FHM etc magazine covers for years were female arses in the spirit of Swift’s The Lady’s Dressing Room, in which a lover stumbles across his beloved’s full chamber pot in her boudoir and feels his ardour vanish as he laments “Oh, Celia Celia Celia shits!” The public female butt has, until now, been a magical shitless arse. Paper magazine, by dousing the shot in warm brown, crossed that line, made it unquestionably coprophilial. American TV, which pixellates the screen every time a character makes a rude gesture, went to town on it.  “Such a big crack. How does she keep it clean?” someone said on breakfast television, which, I submit to you, must count as some sort of civilisational endpoint if the term “civilisation” is to have any meaning at all.

So yes, we should explore space. But we shouldn’t expect it to deliver us from the embodied world, nor would we even want it to. We should also understand what the Victorians did, and what we forgot in throwing off their excess — that a degree of repression, or at least, public continence, is the means by which energy flows to other pursuits and in turn, infuses them with meaning. We can be certain we won’t have found life on Mars in 10 years’ time, but god knows what we’ll find on the cover of Paper magazine. 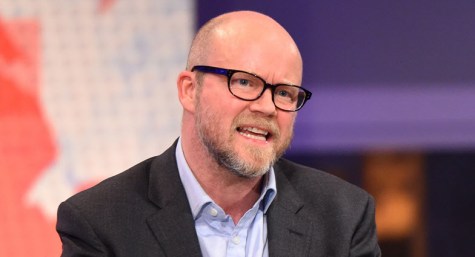 Rundle: how to lose friends and alienate people, Spectator style 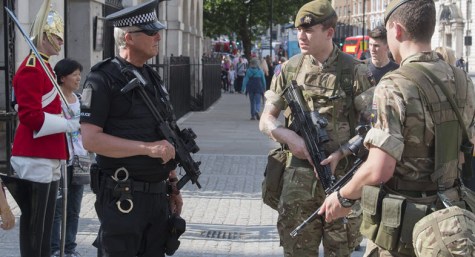 Rundle: ‘They won’t change us,’ we mutter to ourselves as the troops take the streets 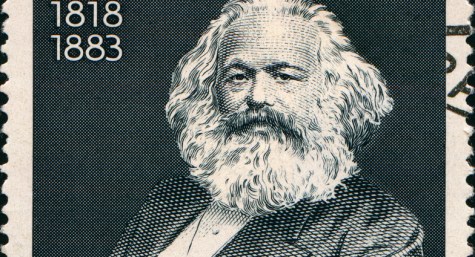 Rundle: how radical gender theory hijacked Marxism — and why we need to get it back

Yo Guy, are you sure people were more interested in KK than the comet landing?

According to the WSJ more people tweeted about the latter: http://blogs.wsj.com/speakeasy/2014/11/13/did-kim-kardashian-break-the-internet-how-she-compared-with-the-comet-landing-on-twitter/

Probably not undeniable evidence it was more popular in society at large, but nonetheless a nice affirmation not all humans are morons.

Discovering amino acids on the comet could well be the single most important discovery ever. It would lend proof to the idea that we weren’t “created out of clay” by the hand of some deity. Seeded, perhaps, by some incredibly ancient beings would still be a remote possibility, sure. But, it would establish that the building blocks of life neither originated on nor are exclusive to Earth. Rather, that life is found everywhere throughout the cosmos, scattered to the winds, taking root and growing, evolving where and however it can.

Personally I find any Kardashian news a greater reminder of the futility of concious existence than space exploration.

Beat me to it, Luke.

But really — if, culturally, ‘we’ (whoever that is) are so fused onto the concrete, why all the think pieces and meta-cultural ponderings about the arsey-substances, or the tenuous links between arsey-substances and comet landings?

There’s nothing so abstract as searching for the meaning of it all at the bottom of a bottom.

And meanwhile, a comet is a material thing and the analysis will look at its physical properties. Not its meaning, not in the social sense. It’s more concrete–if a long way away–than the meaning or cultural significance of the bottom or the scientist who doesn’t think it through when he chooses a t-shirt in the morning.

What people like is meanings, but meanings are abstract. Science is concrete.

(Well, anyhow, you can argue it that way.)

I am sure more Americans were interested in Kardarse that Rosetta…well not many of them get past ‘K’ in learning their alphabet.

If anyone is in doubt about the achievement of Rosetta listen to the mainly British and Euro accents of the main players in the doco. The Yanks have dropped the ball, ya can’t expose your kiddies to two generations of basketball and ghettoblaster culture and a crippled public education system and emerge unscathed.