Things are hotting up in the northern Melbourne seat of Northcote -- and even a federal MP is getting involved. Crikey Victorian election correspondent Dan Moss reports.

If the shrill tone of Labor’s attack literature is a guide, the party must be crapping its dacks in Northcote — a seat held continuously by the party since 1927 and currently seriously threatened by Greens candidate Trent McCarthy, a Darebin City councillor.

It’s the timebomb left ticking since the 2013 federal election, where Batman MP David Feeney moved from the Senate to the lower house. Feeney lost 14 of 23 primary vote contests with the Greens and posted an overall lower primary vote — making preferences tough to predict — at polling booths in the south of the Batman electorate, overlaid by Northcote and part of the Darebin council local government area.

McCarthy has some wind in his sails and hopes to channel some goodwill from his time on the Labor-dominated council, which was plunged into disrepute with an ombudsman’s investigation, and has brought support for a former Labor mayor, Gaetano Greco.

“I want Labor to win the state election, but it’s time we had change in Northcote. I’m backing Trent McCarthy to get things done,” Greco said. “In the interests of Darebin I’m putting party politics aside.”

“As a former Labor mayor, I want change that’s in the best interests of residents,” Greco told Crikey. “I’ve worked with Trent for six years on Darebin Council and I trust him to work hard on behalf of our community in the Victorian Parliament.”

“Only Trent is fighting for the changes we need.”

Labor insiders couldn’t help noticing Greco has taken many opportunities lately to bag the party, telling Crikey things like: “Labor has taken our area for granted for far too long. But now, the seat of Northcote is on the cusp of change.”

In direct mail authorised by Feeney, Darebin Council — and McCarthy himself — is attacked for raising rates since 2009 “by 30% or more”.

“Every year the Greens Party Candidate and local Councillor has supported these increases!” the pamphlet dramatically states.

For the past eight years McCarthy was one Green among mostly Labor councillors. McCarthy addressed the pamphlet’s accusations: “Rate rises have actually been lower since I’ve been on the council, down from 6-7% before 2009 to 4-5% from 2009 – 2014.”

She says singling out McCarthy in the pamphlet is not to put the rate rises on him, but to point out the Greens’ policy to block Labor’s proposal to cap council rates.

“We all know in the inner city this is a monster of an issue,” she said.

But why is Feeney involved in a state stoush? Rules on using electorate communications funds are pretty clear on whether Feeney can claim printing and distribution costs.

The $75,000-a-year allowance “must only be used for parliamentary or electorate purposes, and must not be used for party business,” according to guidelines in the federal Department of Finance’s entitlements handbook.

MPs have the option of checking the content of the publications with the Ministerial and Parliamentary Services team. Crikey has asked the Department of Finance whether Feeney’s pamphlet went over the line, but did not hear back before deadline.

The “smear” against him has become “VexNewsy, extravagant, shouty,” McCarthy said.

One pamphlet authorised by Richardson alleging McCarthy “opposes” building a new bridge to replace an ancient and congested two-lane bridge has been reported to the Victorian Electoral Commission. The complaint alleges the ALP pamphlet “is false and deliberately intended to mislead voters”. The VEC has not yet responded to the complaint, but McCarthy points to his own electoral material from September, in which he proposes to get the bridge built with a lane for buses.

On September 3 the Northcote Leader reported McCarthy had launched his plan to duplicate the bridge with an extra transit lane down the middle.

“I don’t care that it’s three, four or five weeks since Trent McCarthy had this brainwave to duplicate Chandler Highway Bridge,” Richardson said. “It’s taken six years for the penny to drop for the Greens.”

The bridge currently tops the RACV’s red spot list of road congestion spots in Melbourne and has been in the top 10 since 2006 and has appeared regularly on the list as early as 2002. 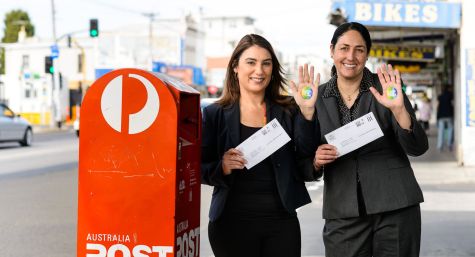 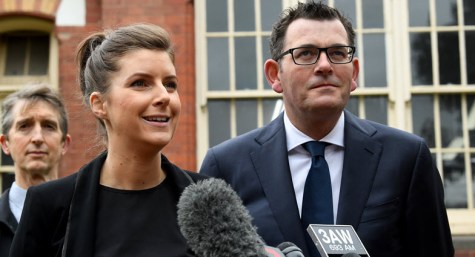 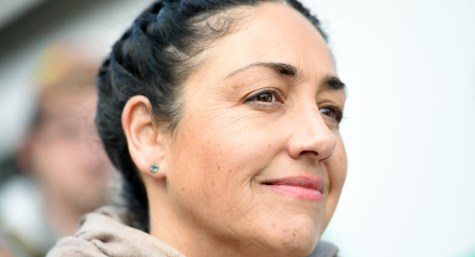 Given the nature of the electorate, I can’t help but wonder if all the blatant hatchet work is going to backfire. Most Northcote ALP voters would see the Greens as ideological sympathisers. At least in Richmond and Melbourne, they’ve realised most centre left voters want the ALP to attack Napthine instead.

Typical labor sleave. Feeney should be forced to pay for these mail outs from his own pocket.

Its funny that voting for the labor party now is just voting for a bunch of careerist filth – Kathy Jackson anyone?

Typical labor sleaze. Feeney should be forced to pay for these mail outs from his own pocket.

Its funny that voting for the labor party now is just voting for a bunch of careerist filth – Kathy Jackson anyone?

No surprises here. Party politics encourages mediocrity. The public is beholden to these “cults” of “inaction” where “impolicy” is perfected.

The following usually happens:
Either solutions to problems are delayed long enough to ensure the Party still has a position to run on (i.e. the Chandler Highway Bridge) or problems are politicised to avoid the need to maintain the original Party position. What Parties won’t talk about is intractable problems (i.e. spiralling household costs, failing industry, growing drug and domestic crime, disenfranchised communities etc) which no longer fit their campaign. These are the problems you live with and will continue to live with. If you are a Party follower, you know this to be true, but you also know this is exactly the system you voted for at the last election.

Greens voters would be more likely to support a Left Labor candidate than a Right Labor candidate. The election of Senator Joe Bullock has made voters look closely at candidates, especially in “safe” seats.