The Victorian government is considering releasing Tasmanian devils onto Wilson’s Promontory to reduce the number of cats and foxes and their impact on native species. Planning is well advanced, and a decision is due soon. The project may lead to other introductions of devils onto the mainland.

None of the media accounts of this plan, however, has mentioned a current study that might give some understanding as to the impact of introduced devils on a long-established cat population. This study takes advantage of the recent introduction of devils onto Maria Island, off the east coast of Tasmania, where cats have been established for over 100 years. The study will monitor any effects the devils may have on the cats and, provided the pre-release studies were robust, should provide insight into the likely impact of introduced devils on an established cat population.

Tasmanian wildlife authorities are also clearing two Tasmanian peninsulas of devils in order to restock the fenced peninsulas with healthy devils, creating two sanctuaries of devils free from devil facial tumour disease. Presumably, the authorities have foreseen the potential of these two “natural experiments” for assessing the devil’s impact on cats and are monitoring the resident cat populations as the devils are removed and will monitor them again as devils are returned.

But although these studies should be informative, existing information suggests devils might have little effect on cats.

Devils are generally heavier and have more powerful jaws than cats. In a physical encounter between similar-sized animals, the devil would probably prevail. Cats, however, are more agile and quicker than devils, and they climb better. Hence, a healthy cat could easily avoid direct contact with a devil. As one devil expert put it, a devil would be able to kill a cat only under “very advantageous conditions”.

There is direct evidence that cats avoid devils. In this video an adult cat feeding on a carcass suddenly looks over its shoulder and then bounds off, just before a slightly larger devil moves into the frame.

It is also unclear, however, whether the increased number of cat sightings is due to an increase in the actual number of cats or to a loss of fear in cats. Some anecdotal evidence suggests it may be the latter. If so, the benefit to native wildlife remains undetermined.

It is also thought devils might compete seriously with cats for food and rearing dens, and eat their kittens.

As to competition for food, devils and cats are both active about the same time of night, and both live by a combination of hunting and scavenging. Devils, however, probably get more of their food through scavenging while cats get more through hunting. Devil stomachs and scats usually contain the remains of animals too large to have been caught and killed, whereas cats’ usually contain the remains of smaller animals.

It seems unlikely, therefore, that devils would compete significantly with cats for food.

As to competition for rearing dens, female devils and female cats both use a den in which to give birth and rear their young until weaning, but devils, being heavier and bulkier than cats, are unlikely to be able to fit into most cat dens.

As to predation, adult devils would probably have to dig their way into a cat den to eat the kittens, and there is no evidence of this to date.

Overall, it seems unlikely that devils will have much impact on cats. Rather than rush to introduce devils to Wilson’s Prom and other mainland sites, it would be best to wait for the outcome of the current study of devils and cats on Maria Island and the two experiments involving the depopulation and repopulation of peninsulas on mainland Tasmania.

Allen Greer is a biologist who writes about science and nature. His on-going summary of the Tasmanian Devil, its biology, facial tumour disease and conservation can be found here.

Is this threatened species in decline? The devil’s in the detail 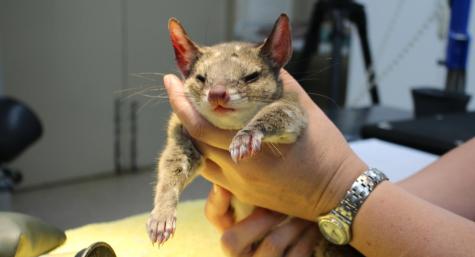 Of course there’s no rush Allen; let’s just let this one slip off to extinction like all the rest. Maybe it’s not an effective cat competitor, or maybe it is, but surely mainland reintroductions need to be considered on some sort of risk / potential reward basis. You’ve said naught here about risks, just blathered about what you see as lack of evidence for one potential reward. A little narrow, methinks.

An animal that was likely common on the Prom just a few thousand years ago hardly seems likely to become a serious problem. But if it may be so, tell us why. And why we should weigh that above the potential benefits of another population stronghold, and a replacement apex predator (ok … scavenger) in a system that is otherwise understaffed with those.

Sorry to say, but I find the arguments of this article weak and unconvincing. How is “anecdotal evidence” and a video about a jumping cat supposed to persuade me?