With Catalonia set for an independence "consultation" on Sunday, it's worth examining the legal war that has turned the campaign for independence into an anemic symbolic gesture.

It’s a twisted tale, but it looks as if Catalans will get to vote on their independence on Sunday. But nobody knows what will happen next.

The Catalan government initially proposed to hold a referendum on whether Catalonia should be an independent state, in much the way that Scotland did two months ago. But after the constitutional court ruled against that plan, it was downgraded to a “consultation”, admitted to have no more than symbolic effect.

That still didn’t satisfy the Spanish government, determined to keep the Catalans within the fold at all costs. It challenged the “consultation”, and on Tuesday the court ordered the Catalan government to suspend the vote.

Catalan leader Artur Mas vowed to go ahead anyway; having doggedly stuck to legal channels up to that point, it seemed as if he had finally lost patience.

But both sides have now pulled back from the confrontation. Madrid has indicated it will not attempt to prevent a vote from happening on Sunday provided it’s purely informal and the Catalan government is not involved in any way.

That certainly won’t satisfy the more hardline Catalan nationalists, but Mas’ approach is to get a vote of some sort held first and then argue about what it means.

Once again we see the contrast with Scotland. The Scots had a unified independence movement, with a single strategy, and everyone knew that a “yes” vote would really mean independence. But Catalonia has multiple overlapping movements: the established pro-independence parties (primarily the Republican Left of Catalonia), Mas’ more moderate nationalists, known as Convergence and Union, and the citizen movement that has made much of the running on the issue this year.

So while in Scotland the referendum was the culmination of a long process, in Catalonia it looks more like the beginning. First Minister of Scotland Alex Salmond released his blueprint for independence more than nine months in advance, but the Catalan “White Book” on how independence would work appeared less than six weeks ago.

At a very interesting seminar on the subject held by Monash University last week, Catalan RMIT academic Marta Poblet pointed out that Spain has one of the world’s highest ratios of lawyers to population. She suggested that as a result the debate has been played out in overly legalistic terms, focusing on the constitutional permissibility of the vote rather than the substantive merits of independence.

Certainly Mas’ strategy looks pretty anemic compared to most independence movements: there have been none of the bold gestures that we usually associate with a people struggling for their freedom. It seems more as if independence is an ambit claim, aiming to draw the Spanish government into negotiations that will produce a better deal for Catalonia and recognition of its special status without actually breaking up the country.

The increasingly unofficial nature of Sunday’s vote makes it more likely that it will record a strong majority in favor of independence — those who oppose independence are overwhelmingly likely to stay home. But if turnout is low, it will be easy for Madrid to dismiss it as nothing more than a glorified opinion poll.

The government of Prime Minister Mariano Rajoy has professed itself willing to negotiate, but only if Catalonia abandons the referendum plan. If Sunday’s vote is equivocal, it may be that both sides will be able to put it behind them and hold serious talks that might redress Catalan grievances.

On the other hand, if there’s a big turnout and a big majority for independence, it’s hard to see how that can be simply ignored. Rajoy may well come to wish that he’d just agreed to a referendum in the first place — and trusted voter caution to win the day, as it did in Scotland. 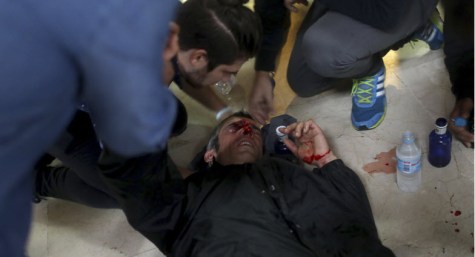 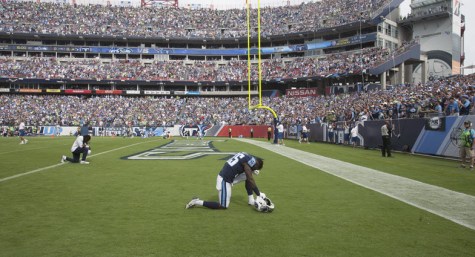 Rundle: Trump’s crusade against NFL part of a global unraveling