"Zoe's Law" seemed destined for a quiet demise in NSW's upper house, but after ICAC has claimed quite a few Liberal scalps, the political landscape has changed. Freelance journalist Claire Pullen reports.

Last year, Crikey reported on the Crimes Amendment Bill (called “Zoe’s Law”, a “personhood” bill that would recognise a 20-week-old foetus as a “person” and severely restrict abortion rights) and the political maneuvering behind it — a factional peace deal then-premier Barry O’Farrell had brokered. Now, almost 12 months later the bill, which had seemed headed for quiet expiry in NSW’s upper house, might just be back.

Due to internal negotiations within the NSW Liberal Party David Clarke has been dumped from the leadership of the hard-Right faction and new powerbrokers have been installed — all in a faction disproportionately represented before the Independent Commission Against Corruption.

The first practical problem for the bill was its mover in the upper house, Marie “Schnauzer” Ficarra, who has been on the crossbenches since April after ICAC heard she had solicited a banned donation. Her somewhat implausible defence: that her dog’s illness had rendered her unable to have solicited the donation in question.

The bill’s mover in the lower house, The Entrance MP Chris Spence, seems determined not to waste what remains of his single term in Parliament. Spence is on his way out after ICAC too, after what was called “the systematic subversion of the electoral funding laws of NSW” through sham company Eight by Five. Eight by Five’s laundering of banned donations felled Spence, factional kingpin Chris Hartcher and member for Wyong Darren Webber, who have all announced they will not contest the next election.

Spence, the former president of the national youth wing of One Nation, has left a parting gift in the form of a media release calling for Premier Mike Baird to adopt the bill as a government bill. This is presumably to ensure it passes the upper house on the government’s numbers, as a conscience vote seems unlikely to garner enough supporters. Failing that, it might be a shot across the bows to more small-L liberals in the party.

Fred Nile would no doubt happily move the bill in the upper house (though it’s rumored at least one ultra-Right Catholic ALP member is willing to assist).

Baird has publicly said he won’t change from a conscience vote on this bill — but will an enlarged and emboldened Liberal Right accept this? The main game might not be what happens to this bill, but who sits in the next Parliament after the factional realignment after ICAC and Clarke.

Also not contesting in 2015 is former attorney-general Greg Smith, a past president of Right to Life Australia and a public supporter of the bill. Smith’s son Nathaniel was defeated in preselection for his safe seat of Epping — no doubt making for interesting family dinner chat, as the winner was Smith’s chief of staff, Damien Tudehope. Despite links to alleged paedophile priest Father Finian James Egan and running against the Liberal Party as a candidate for the ultra-conservative Australian Family Association, he is all but guaranteed a seat in Parliament by virtue of Epping’s margin. Tudehope is an obvious successor to Smith in terms of their shared conservative views.

Replacing Hartcher in the newly enlarged Right faction are Anthony Roberts and Dominic Perrotett, both on the record in favour of Zoe’s Law. Perrottet represents something of a lucky escape for the Liberal Party, as he defeated the member for Londonderry Bart Bassett in preselections. Not long after, Bassett broke what had been a Hunter quarantine of the Liberals ICAC taint, with his approvals of developments while Hawkesbury mayor coming under scrutiny.

The only Hunter Liberal to leave ICAC unscathed, Maitland MP Robyn Parker, has announced she won’t be recontesting in 2015. She voted against the bill, and her replacement in the seat is unconfirmed. Which faction secures preselection in this seat will be keenly watched, though running in 2015 in this seat could define “thankless task”.

All this comes after a former Howard MP blasted the Liberal Party for failing to implement Howard’s reform program, which would in theory remove “the corrosive control that self interested lobbyists have over the NSW Liberal Party”, return power to local branches and reduce factional control.

With only six months to go until the election, the Liberal Party in NSW seems set on track to be more factionally controlled and socially conservative. How this will play with voters in six months remains to be seen — the faction under Clarke has failed to deliver before. 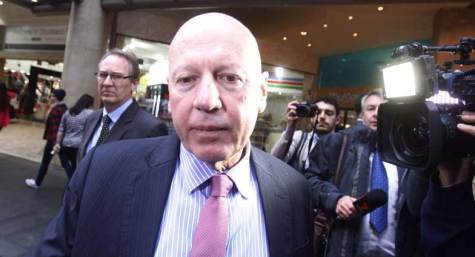 I’ve found no one among either fellow Labor Local Branch members or Coalition acquaintances who is willing to accept my bet that the Liberals won’t move in the directions suggested by this article. It could prove to be that my current assessment is shown to be wrong; but in the meantime I’m still hoping someone will accept the wager.

Not even the NSW Libs hardright/nee Uglies could be so stupid with 5 months to the election? I hope so.

Am I reading this correctly? Last time I read the “Zoe’s Law” proposal it explicitly excluded restrictions on abortions. Most opposition to it was not that it was “hard-line” but that it might be the beginning of a slippery slope into future restrictions. I can’t help but wonder if the writer has confused the relatively cautious LNP bill (constructed with the participation of Zoe’s mother) with the earlier Christian Democratic one which was more or less rejected out of hand.

You’re correct, Anon. Ardent True Believers on ALL sides aren’t especially interested in tackling nuances when it’s far easier to denounce anyone not in their camp as ‘evil’.