Can Fairfax's papers survive without subeditors? The company's giving it a red-hot go, as it entirely removes the function at three rural newspapers in New South Wales.

At three papers in south-west New South Wales, Fairfax is getting rid of its subeditors. Not outsourcing them, as has been done at Fairfax’s metropolitan papers, or reducing their number, as has been done just about everywhere. Under new production plans being rolled out at the Daily Advertiser, the Area News and The Irrigator, reporters will be expected to check their own copy for errors and cut it to length.

It’s not the only thing they’ll be required to do. They’ll also have to write their own headlines, caption their own stories, and increasingly, take their own pictures. It’s the philosophy of the NewsNow system, which was rolled out at least partially last year at the Bendigo Advertiser (the Advertiser did not do away with all the production roles facing the axe under the current model), the first Fairfax paper to transition to the system.

As the Bendigo Advertiser explained the change to its readers:

“We now have more journalists. We have recast our newsroom to focus less on back-office duties and more on the content that you count on. That’s more reporters and photographers in the field to deliver you news and information from across the district.”

But the new changes in rural NSW are accompanied by job cuts, which leave many sceptical of the NewsNow system as an investment in journalism. Crikey understands at Wagga Wagga’s Daily Advertiser, for example, 13 positions will go from a newsroom of 33 full-time equivalent staff. Three of the Advertiser’s four photographers are expected to be made redundant, leaving journalists responsible for photography in many instances, as well as subediting their own copy.

Crikey has obtained a copy of the position description for journalists under the new model, and as well as the changes already mentioned, it also lists what a typical daily output would be — “six stories a day, two leads, two down pagers and two briefs”. Reporters are also expected be able to moderate comments online and post to social media, “as directed by senior staff”, and to “ensure all images gathered during a shift are appropriately archived by the conclusion of the shift”.

The moves have been met with resistance from the newsrooms affected and with broader dismay among the Fairfax regional network, with journalists at other papers fearing the new system will be rolled out to them next. At The Irrigator, one of the papers affected, editors went so far as to publish a letter from a former journalist in support of the newsroom, calling on readers to sign a Media, Entertainment and Arts Alliance petition asking Fairfax to halt the changes. Some rural reporters have also expressed their concerns on Twitter, and in correspondence with Crikey.

“Editors (and potentially news directors) will look over the almost-finished product, but their role is not to give the copy the careful attention a subeditor would.”

Key to the NewsNow system, which journalists at the Ballarat Courier along with the newsroom in Wagga Wagga have been trained on in recent months, is the removal of delayed publication for a print edition. Reporters write directly into a space in a newspaper template and format their copy to fit the required dimensions. Layout can be easily replicated across different papers in this way — the ad sales team for the region can sell and place ads in a template of a newspaper, with the local journalists then required to fit their copy to the newspaper layout template given to them. Editors (and potentially news directors) will then look over the almost-finished product, but their role is not to give the copy the careful attention a subeditor would. A finished story is then published immediately and not held over to the print edition.

Fairfax’s regional websites are free to view, so some point to this model as responsible for the Bendigo Advertiser’s 7.5%  drop in weekday circulation for the half-year to December 2013. Many other Fairfax regional papers not on the NewsNow system also experienced similar circulation drops over the period, but the thinking goes that if readers can read the story online as soon as it goes up, there’s potentially no need to buy the print edition.

Criticisms aside, observers say this model of publishing is undeniably the way the global media industry is moving. The double-handling of copy implicit in subediting is seen by many media managers and consultants as an inefficiency in the news production system. But Fairfax’s attempts to wholly do away with subediting in its regional division are so far unique among major Australian publishers.

At News Corp, the Methode system also requires journalists to write copy directly into a template, formatting as much of it as they can along the way. But although News Corp has made some subeditors redundant, it still retains them in-house to give the copy a final scrub after it’s written. At Fairfax’s metropolitan papers, which use the CQ system, some copy (for breaking news) is put online before being subedited. But while the responsibilities on journalists to check names, dates and the like have increased in recent months, their copy is still subedited (currently by AAP’s Pagemasters but in the long term by subeditors working in New Zealand) and checked over by page editors.

Crikey contacted Fairfax for comment this morning but did not hear back before deadline. 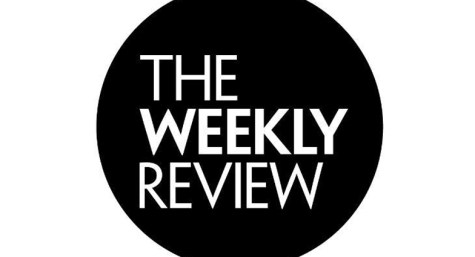 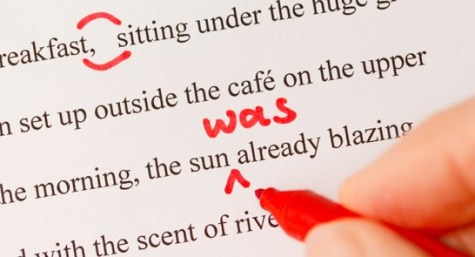 ‘Pat it on the bum and get rid of it’: Fairfax’s dirty little subbing secrets revealed

In yesterday (Wednesday’s) SMH I found five typos before I gave up on it. They were in headlines, captions and the body copy. Mostly they were using the wrong word that sounds the same, i.e. sent instead of cent.
It isn’t good enough.

I thought they’d sacked all the subbies ages ago – like Lucie, I find the quality of writing in the Age (and its mostly SMH stories these days anyway) much diminished.

How would we notice any difference if Fairfax get rid of subs? From reading The Age app I thought they must have all left years ago

Well, the Age app (Android) is a shocker – the same stories turn up in different sections of the paper, the layout is dismal – I could go on.

We are witnessing an industry going through profound disruptive change. Decisions such as sub-editors are part of the marketing mix. “Will people tolerate more typos for the new low internet price?” As most people can’t spell these days, it’s not a bad bet.

But the change process is still ugly to look at and painful for those directly affected.