A member of the ABC board has ended that body's silence by publicly defending the role of the ABC in the Fairfax press this morning.

A member of the ABC board has ended that body’s silence by publicly defending the role of the ABC in the Fairfax press this morning.

Professor Fiona Stanley, a former Australian of the Year who joined the ABC board in 2011, has called on the public to “realise how valuable our public broadcaster is and fight to save it from further cuts and harassment”.

Stanley told Crikey this morning she wrote the op-ed as she thought it was important to speak to the ABC’s staff. “[They’re] pretty demoralised, and I wanted to let them know that their board is supporting them,” she said. “There was an open letter from ABC staff which requested more transparency, and a public debate on the value of the independent public broadcaster, so I thought I would get it along.”

Stanley also told Crikey that she feared the ABC’s solid reporting on science was in danger of being demonised instead of valued. As she wrote in her op-ed:

“We are now in a situation where a major commercial news organisation is denigrating the ABC with a vicious, sustained campaign which is extremely damaging to our public broadcaster and to the nation. The ABC has already had to make compromises: the Government has cut the Australia Network so the Charter obligation to broadcast news and entertainment to countries outside Australia has to be fulfilled by making cuts elsewhere. We have lost some of our top journalists in this process. Further cuts have been announced and these are just the beginning.”

Taking aim at commentary in The Australian and from “some politicians”, Stanley writes the national broadcaster is, by and large, fair, and that it provides a crucial counter-balance to other parts of the media, particularly in the area of scientific reporting.

She also takes on the issue of ABC funding. The government is committed to further cuts to the ABC in addition to those announced in the budget, and insiders say discussions of cuts up to $100 million are being considered. Stanley writes:

“… [T]he national broadcaster is providing value for the money invested in it.”

“In 1986, with $906.3M the ABC employed 6092 fulltime equivalent staff, had one analog television channel, 38 radio sites, Radio National and ABC Classic FM with 90% coverage, and 2JJ, as it was known then, servicing only Sydney.

“Last financial year, with $825.7 million, the ABC had 4,679 staff with four major digital TV channels (ABC1, ABC2/ABC4Kids, ABC3 and ABC News 24) and an incredibly successful online catch-up service. The average audience reach varies from nearly 10 million for ABC1 to just over 3 million for ABC3, with an astonishing 20 million plays a month for iView. There are 60 local radio sites, nationwide RN, Triple J and Classic FM, plus ABC podcasts downloaded 71 million times. ABC online has 19.5 million visits per month and there are now over 25 smart phone and tablet apps.”

Stanley’s public comments are the first from an ABC board member to touch on ABC funding in several months, including from ABC chairman James Spigelman. They also strike a different note from a speech given by ABC managing director Mark Scott last month, in which he spoke of reforming the ABC by catering to younger audiences and, where appropriate, outsourcing functions that do not need to be done in-house.

ABC staff have, through their unions, demanded more clarity from the public broadcaster about the changes it is going through. In a response to Media, Entertainment and Arts Alliance chief Chris Warren sent last week, Spigelman said the board was not in a position to discuss this with staff. He wrote in an email seen by Crikey:

“Without formal confirmation from [the government’s expenditure review committee] of the future of the funding envelope provided by Canberra, the ABC executive and board cannot finalise a proposal for change that would serve as a basis for consultation with staff,” he wrote. “No proposals have been finalised or endorsed by the board or the executive at this point.”

This echoed similar comments given by the ABC executive to both Warren and Michael Tull, the president of the Community and Public Sector Union. Director of ABC People Samantha Liston stressed in a separate email the organisation simply wasn’t in a position to outline its plans given the uncertainty over its future funding:

“Without a full and comprehensive understanding of the budgetary impacts on the ABC … it would be premature for the managing director to meet with you.”

However, community groups such as Friends of the ABC are sceptical, with Mal Hewitt, the president of Friends of the ABC NSW and ACT, yesterday writing in an email to members urging them to sign a petition to prevent what they fear is a secret plan to radically transform the ABC in a pre-emptive response to budget cuts. “The plan must be made public,” Hewitt wrote. “The community is entitled to have its say.”

Meanwhile, ABC staff in Adelaide are today planning to protest outside their headquarters over rumoured plans to outsource more of the ABC’s TV production. Adelaide is the last remaining TV production unit outside Sydney and Melbourne, and would be especially vulnerable to any moves to outsourcing. The CPSU is claiming up to 150 jobs could be lost.

Mark Scott to staff: we have to create our own future 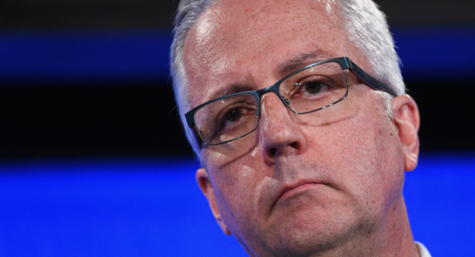 Well, won’t the rabid RWNJs over at Newspeak go feral on Fiona Stanley for such blasphemous talk!

they are few and far between

the right wing rednecks will come after her now

Like Professor Fiona Stanley I was an Argonaut (Ossa 46), am a long-time ABC listener/viewer and I regard the ABC as a national icon and crucial for our democracy (such as it is).

A 5-decade career scientist and academic who is actually prepared to make informed, documented public statements on matters of humanitarian importance I am effectively BLOCKED it appears from making such comments on various websites of the Neocon American and Zionist Imperialist (NAZI)- and racist Zionist (RZ)- subverted, perverted and infested ABC.

My crime it appears is that I am a scholar from a very famous Jewish Hungarian family (of whom only a dozen survived the WW2 Jewish Holocaust) and, like all anti-racist Jews and indeed all anti-racist humanitarians, am inescapably bound by the core moral injunctions from the Jewish Holocaust (5-6 million dead, 1 in 6 dying from deprivation) and from the more general WW2 European Holocaust (30 million Slav, Jewish and Gypsy dead), specifically “zero tolerance for racism”, “never again to anyone”, “bear witness” and “zero tolerance for lying”. Of course I am not alone (for eminent anti-racist views critical of Apartheid Israel see “Jews Against Racist Zionism”: https://sites.google.com/site/jewsagainstracistzionism/ and “Non-Jews Against Racist Zionism”: https://sites.google.com/site/nonjewsagainstracistzionism/ ) but the racist Zionist (RZ) -infested ABC ensures that such views are also censored.

Thus here is just a small sample of what the ABC will not report: in US- , UK- and Australia-backed, nuclear terrorist, democracy-by-genocide, neo-Nazi Apartheid Israel’s latest Gaza Massacre in the Gaza Concentration Camp, 2,000 Palestinians (80% civilians and including about 500 children) have been killed, 10,000 have been wounded, 450,000 have been driven from their homes, 250,000 have been made homeless and 1.8 million (half children) have been variously traumatized from shelling and bombing in reprisals for zero (0) Israeli deaths from Gaza rockets in the previous year and 28 in the previous 14 year i.e. 2 per year as compared to 134 Israelis being murdered by fellow Israelis each year. About 2 million Palestinians have been killed by the Zionists since 1936, through violence (0.1 million) or violently-imposed deprivation (1.9 million) (see Gideon Polya, “Mike Carlton, top Australian columnist, forced from job for criticizing Apartheid Israeli Gaza Massacre”, Countercurrents, 08 August, 2014: http://www.countercurrents.org/polya080814.htm ).

Leave the ABC alone, you bunch of incompetent nincompoops and poor excuse for a government in Canberra.
Roll-on the next two years so we can get rid of this useless bunch of rednecks!

. . . . and all fair-minded, including ABC watchers/listeners, will support her right to speak out. The value of the ABC to the Australian nation crosses all social and demographic divides. If the Leader of the Opposition does not understand importance of the ABC to Australians, then he should act accordingly! This issue is worth sacrifice of political careers.