There are many oddities buried in Crown's annual report, such as John Alexander's role on the board and why Andrew Demetriou is not up for election.

James Packer’s 12-strong Crown Resorts board will head to its Perth casino on October 16 for the 2014 AGM, and shareholders should have plenty to mull over.

The 144-page annual report and eight-page notice of meeting for the AGM were both released on Friday.

Four other ASX 100 companies — CSL, Cochlear, JB Hi Fi and Ansell — also released these documents on Friday, but they were of less interest because, unlike Crown, they had each released their full statutory accounts (including the remuneration report) last month with the annual results.

The law requires that shareholders are given at least 28 days’ notice of the AGM, but a clear majority of ASX 100 companies are now making it easier for proxy advisers and shareholders to analyse remuneration reports by releasing them with the results in August.

It’s a shame James Packer hasn’t got with the program on this issue, as his earnings presentation on August 14 only included this threadbare 13-page version of the audited accounts, plus a slightly more detailed 23-page slide show.

Contrast that with Macquarie Group at the other end of the disclosure spectrum, with almost 350 pages of information that was disclosed on May 2 this year with its annual results.

Journalists rarely get into the governance issues discussed in an annual report, and there are plenty worth examining at Packer’s Crown Resorts, including the chairman’s generosity in refusing to draw any salary.

One interesting issue relates to 76-year-old long-time Packer family friend Rowena Danziger, who is still officially classified as an “independent” director of Crown Resorts. Why, after 17 years on the boards of PBL and Crown Resorts, is she seeking another three-year term? The Australian Shareholders’ Association no longer classifies directors as independent after more than 12 years of service. Danziger is estimated to be one of the 20 longest-serving non-executive directors in the ASX200.

The associations and related party transactions are well known. Danziger was headmistress at Ascham when Packer’s sister Gretel was being educated there in the 1980s, and the Packer family have donated plenty to the school over the years, including to “Packer Hall”.

Another curiosity in the Crown set-up is the role of “executive deputy chairman” John Alexander, who is now being invited into the long-term incentive scheme that could earn him up to $4.5 million over the next four years. Alexander has been paid more than $50 million in cash by the shareholders of PBL and Crown over the past 15 years, and in December 2012 he dumped half his shares for $2.5 million. The stock has since soared from $10 to $15, and Alexander was hawked around by Packer as a potential chairman or CEO  of Fairfax, but eventually settled on a board seat at Seven West Media.

It looked like Alexander was winding back and trucking along nicely with his $1.5 million annual retainer from Crown, but now he appears to be doubling down again. Why?

John Alexander is the only “executive deputy chairman” of an ASX 100 company, and the Crown board looks quite strange because no one is described as “lead independent director”. Who do the minority shareholders raise any governance concerns with?

Another oddity is the failure to put former AFL chief executive Andrew Demetriou up for election at next month’s AGM. Demetriou was announced as a director on August 7 but is still going through probity with various casino regulators. Surely he could be conditionally elected by shareholders and also attend board meetings as a consultant until he has passed probity.

Given that Crown is now a major Sydney property developer (a huge picture of its Barangaroo tower features on page 2 of this year’s annual report), it is surprising this hasn’t been closely examined by the Independent Commission Against Corruption so far, especially given the grief that less developer-oriented companies like Brickworks have suffered.

Then again, maybe that just reflects the different standards that seem to apply in Australia to well-connected billionaire oligarchs like James Packer.

*Stephen Mayne finished up as Policy and Engagement Coordinator for the Australian Shareholders’ Association on Friday and will be covering the 2014 AGM season for Crikey. 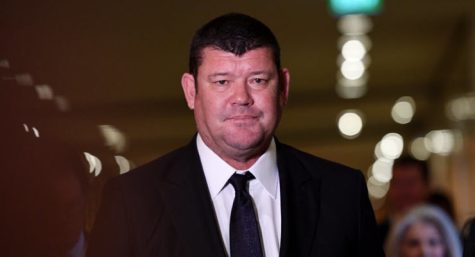 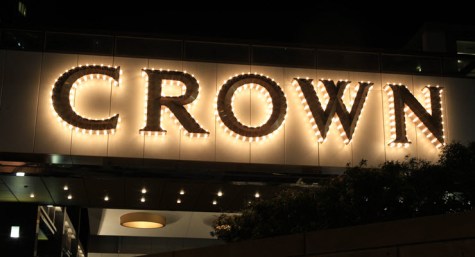 SHOULD BE MORE OF IT!