The latest hard evidence shows that Australians are drinking significantly less, despite relentless claims of an "alcohol epidemic" from the public health lobby.

The world is in the grip of an “alcohol epidemic”, Seven’s Morning Show reported in March, with public health lobbyist Michael Thorn brought on to explain why Australians were drinking more now than in the 1930s. “There are rising and very high rates of youth alcohol-related problems in the young adult age group in Australia,” another public health academic declared in May. Alcohol consumption was “well and truly an epidemic”, the Victorian AMA president claimed in February, while calling for a national alcohol summit. The head of the Drug and Alcohol Council demanded measures to address the alcohol epidemic in November last year. Binge drinking had reached “epidemic proportions” the head of the Western Australian police force said last June.

Last week we got another opportunity to test these claims. The Australian Institute of Health and Welfare conducts the National Drugs Strategy Household Survey every three years, involving over 24,000 people, and offers the most comprehensive snapshot of Australians’ behaviour and attitudes regarding drugs as well as sound data for long-term trends. And the AIHW has just started releasing the latest survey, from 2013.

So how goes the “alcohol epidemic”, the “rising rate of youth alcohol-related problems” and the “binge drinking” epidemic? Do we need a national summit on alcohol? According to the survey results, the number of Australians who don’t drink at all is now at the highest level ever recorded in the survey. And the incidence of people who drink every day is at its lowest.

The only group where lifetime risk drinking is increasing is 40- to 49-year-olds and that rose in 2013 from 22% to 22.5%. In five of the age groups, there was a statistically significant fall in 2013 levels — often on top of previous falls stretching back a decade. And the biggest falls were among young people in their teens and their 20s, who now consume less than 40-somethings.

OK, but how about binge drinking? Surely that’s out of control and an epidemic? That’s called “single-occasion risky drinking”, with “risky” deemed to be more than four standard drinks (again, let’s ignore the silliness of the definition). How many Australians “drink riskily” just once a month? Even at the bizarrely low threshold of the official definition of binge drinking, consumption is falling, particularly among young people.

And, again, in many cases these falls have been happening over a long period. Moreover, that data demolished a claim by the AMA that “one in three 14- to 19-year-olds drink alcohol in a way that places them at risk of an alcohol-related injury from a single drinking occasion at least once a month”. There’s plenty of other data on consumption. The number of people having more than 11 drinks in a session at least once a month — probably a lot closer to most people’s idea of a binge than four — fell by a statistically significant amount (to 7.3%) and across all but two age groups, including big falls among young people. The age of people’s first experience of alcohol has been rising since 2004 and rose yet again (and, again, by a statistically significant amount) to 15.7 years. The proportion of women not drinking at all while pregnant or breastfeeding continued to rise.

As the graphs show, many of these falls have been happening over and extended period. That’s in accord with what we know from Australian Bureau of Statistics data about the overall level of Australians’ drinking, which has fallen dramatically since the 1970s — one of the reasons a desperate Michael Thorn had to reach back to the Great Depression for a time when Australians drank less than they currently do.

So despite the apparently supernatural powers of the alcohol industry to convince Australians to drink, despite the reluctance of governments to increase the price or level of regulation of alcohol, despite the lack of national alcohol summit, despite the relentless, hysterical demonisation of young Australians that appears to be the stock-in-trade of the public health lobby, Australians are drinking less.

The AIHW also asked respondents about their views on measures to regulate alcohol. The results will be very mixed reading for the public health lobby: despite the incessant media and public health lobby focus on the social impacts of alcohol, Australians are unmoved. Support for increasing the price of alcohol fell in 2013, as did support for reduced trading hours, support for allowing only low-alcohol drinks at venues, support for raising the drinking age (from 50.2% to 47.6%), although support for restricting TV advertising to after 9.30pm and banning alcohol sponsorship has increased.

Strangely, all these results from the alcohol section of the survey last week got minimal media attention. But the evidence is clear: there is no epidemic, consumption is not increasing, and risky consumption isn’t increasing. Rather, it’s falling significantly. Time for a bit of honesty from the paternalists. 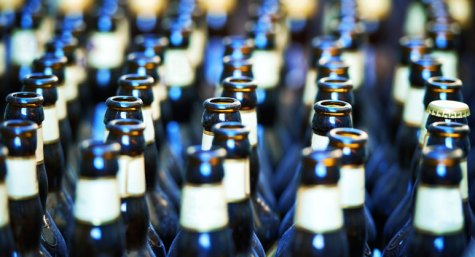 Bottoms up: the non-crisis of Australia’s alcohol consumption

Bernard you obsess over this subject like the Daily Tele obsesses over bike lanes or anything with a slight green tinge. Meanwhile, the ‘last drinks’ legislation in Sydney has led to a 50% drop in serious alcohol-related admissions at St. Vincent’s hospital (THE hospital for Kings Cross and the rest of Sydney’s inner-city hotspots). A stunning result that matches the experience in other areas where reduced trading hours have been introduced. Things that work.

While I agree that the ‘last drinks’ legislation is a good idea the hype around alcohol is a bit too much and I agree with Bernard on a lot of his points. And yes I have seen firsthand what alcohol abuse does – both to myself and others (I’m an alcoholic and I’ve been sober for 12 years). The focus by some (and I’m thinking of the anti-cancer council specifically here) seems to be more on people who maybe have a little over the ‘standard drinks’ is unwarranted. The focus should be on those that are a danger to themselves and others, there are plenty of them out there.

Thanks, Bernard. You’re something of a lone voice counteracting the puritan elements shaping public policy.

The “standard drinks” measure is infuriating – and next to useless. People I know who work in a D&A rehab for Aboriginal men are constantly frustrated at “mainstream” notions of drinking patterns. “Standard Drinks” measures and “Binge drinking” definitions are impossible to apply in cultural contexts, let alone mainstream contexts. Yet funding bodies want reporting done this way and many screening tools are geared to this kind of framework. Absurd.

But props and big ups to the AIHW for this study – lets see how FARE fares with it.

I am confused. Just where do these bodies collect their data?

I see enough group drunken behaviour on weekend afternoons (male and female) to support my guess that drinking in excess is the done thing now for 25-30 year olds.

Given the utterly outrageous cost of booze in this country, this shouldn’t really surprise anyone.