Broadcasting the Olympics doesn’t turn a profit, so why do it?

TV networks pay big bucks to broadcast international sport in the middle of the night. Why?

Some of us might be red-eyed at work today with all this sport on the TV, but analysts say there’s very little profit in televising international sport in Australia. So why do the networks do it?

News broke today that Channel 7 has won the right to broadcast the 2016 Rio Olympics, the 2020 Tokyo Games and the 2018 Winter Games in Pyeongchang, South Korea, according News Corp. It’s been reported the network paid less than $200 million for the lot.

That’s less than the $250 million the International Olympic Committee (IOC) reportedly wanted for the rights. After the Nine and Ten networks reportedly pulled out of negotiations in February, 7 negotiated the price down. Even at a discount, experts say 7 may not return a profit from the deal.

Media Analyst Steve Allen of Fusion Strategy says events like the Olympics bring in other benefits even if the straight profit and loss doesn’t add up. “They take up a lot of hours of air time, they do produce very strong audience numbers and they attract the kind of sponsorship revenue that is difficult to attract otherwise. It puts any network that carries this in touch with big advertisers and the big end of town.”

News Corp is reporting that Kerry Stokes got personally involved in the negotiations, which Allen said were delayed when Australian networks baulked at the IOC’s asking price. “It all comes to the point that they weren’t making money, so they just said no.”

The Olympics are still seen as a potential positive for the major networks, with Nine boss David Gyngell telling a Mumbrella conference last year, “If I’m doing really well, I probably won’t buy it. If I’m not doing so well, I probably will”.

Dr Liam Lenton, senior lecturer in sports economics at La Trobe University, told Crikey the lower price could be a reflection of the lack of profits available in events that have unfriendly time differences for Australian audiences. “Maybe it’s a sign than Seven and Nine have been burnt a bit in recent times and not willing to bid as much as in the past, that would be logical.” Nine and Foxtel paid $122 million for the 2012 London Games and 2010 Vancouver Winter Games, which is estimated to have lost Nine $25 million.

The plateau in price for the Games come after a few years of substantially increasing prices for local sports, with channel 7 and Foxtel paying $1.25 billion for five years of AFL coverage ending in 2016. Nine and Fox paid just over $1 billion in cash and advertising for a similar five-year deal for NRL coverage ending in 2017. Allen says domestic live sporting events are “gold” for Australian networks because they can’t be pirated in the same way a show like Game of Thrones can.

Nocturnal sports fans are overwhelmed with choice of international competitions this year, with the World Cup reaching the pointy end of the tournament, the Tour de France in its early stages and the Glasgow Commonwealth games starting in two weeks.

SBS is reported to have spent $30 million on this World Cup and the last two and $40 million on exclusive rights for the 2018 and 2022 tournaments in Russia and Qatar, which have more favourable time differences than the 2am and 6am kick-offs from Rio. Lenten says that SBS gets preferential treatment when negotiating with FIFA, but they could expect stiff opposition and a higher asking price for rights if a tournament gets awarded to China, where live games would reach Australian prime-time audiences. “China will end up hosting a World Cup in the next 20 years because it’s an expanding market and that will be good for viewers.”

SBS says the World Cup has reached more than 10 million viewers so far in the tournament with games regularly winning more than 40% of the audience share of night owls. The World Cup has been subject to piracy issues, with some online sites streaming overseas coverage to Australian viewers .

Channel Ten will broadcast the Glasgow Commonwealth Games, which reportedly cost the struggling network just $30 million. Experts say that the timing of such events, where the action is happening in the middle of the night in Australia, affects the cost of the broadcast and the rate of return. Steve Allen says it’s harder for a network like Ten, with ratings down across the board, to draw audiences to events such as the Commonwealth Games and the Sochi Winter Olympics, because of the lack of eyeballs in general. Ten has been attempting to get in on the live sport bandwagon, paying $100 million to broadcast the Big Bash T20 cricket competition until the summer of 2017/18.

Here’s a list of who owns what when it comes to some major televised sporting events. 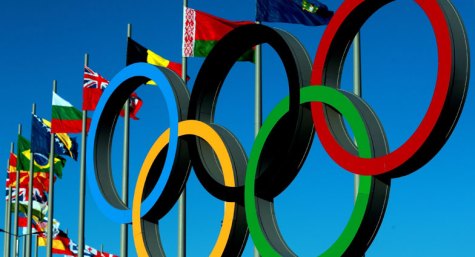 Can’t show this: exactly how the Olympics protects the value of its broadcast

Hang Ten: will anyone watch the Winter Olympics?

Nine only has limited rights to some international.cricket until 2017-18: chiefly home internationals in all 3 formats involving Australia with some (it’s unclear how many) cricket World Cup games early next year: a one off windfall gain at best?
Foxtel has for years picked up some other cricket TV rights but it has not announced any plans to cover Australia’s forthcoming tours to Zimbabwe and the UAE (to play Pakistan). I, and I expect many other cricket following Foxtel subscribers, were concerned at the network’s pulling the plug on its longstanding relay of its sister network Sky SportsUK’s coverage of UK cricket ( the gaps being filled with a grab bag of minor sports eg volleyball, rowing and talking head shows) This decision has since been reversed so the England v India Test series is being relayed, but I wonder how long this will last.
Foxtel seems to have sent a sizeable contingent of people to Brazil for the soccer World Cup despite not having any rights to broadcast matches there. Is it having to cut its cloth to cover the inflated prices it’s paid to cover the various football codes and competitions, some/all of which are available on free to air TV?