The Age is in a bit of hot water with the Press Council over the precise definition of the word "said". Plus other media tidbits of the day.

Brooks is no Greste. Peter Greste is beginning a seven-year prison sentence in Egypt on trumped-up charges, a victim of political manoeuvering and his employer’s carelessness — so in the Oz’s media section Mark Day says spare a thought for … Rebekah Brooks. Yeah, that’s right. Comparing Greste’s fate to Brooks’, Day notes:

“It is tempting to think that Brooks … got off scot-free when she was acquitted … free is hardly the word … she lost her job, her reputation and her future employment prospects … the British justice system moves at glacial speed … by what logic do riot squads need to conduct 4am raids … the hacking and bribery charges are part of a wider attempt by the British establishment to rein in the media …”

Ok, let’s unpack this. The “glacial speed” of British justice is called “due process”, which permitted each defendant in the hackgate trial to have his or her own legal team, and challenge the admissibility of prosecution evidence — music videos didn’t form a big part of the hackgate trial. The 4am raids are standard practice to prevent disposal of evidence — something the Murdoch tabloid press has supported forever, even going on ride-alongs.

Brooks is notorious for publishing the addresses of alleged sex offenders, leading to violent assaults. Her prospects are ruined? Please. There’ll be the blockbuster book, and a new sinecure at Anti-News Corp. As to an attack on media — it’s the mass illegality of Anti-News that has made self-regulation impossible. Anti-News’ narcissistic self-pity is usually amusing. Here, it’s disgusting. Even mentioning Greste and Brooks in the same article is a pathetic example of how they just don’t get it. — Guy Rundle

The Sun‘ll come out tomorrow. Speaking of phone hacking, it seems The Sun is back in the Murdoch good books, now the initial verdicts have been handed down and Brooks recreated as an innocent freedom fighter. Rupert Murdoch’s Murdochhere Tumblr (a Crikey favourite) shows the octogenarian media titan engrossed in editorial discussions at the red-top …

Press Council ruling. “Never let the facts get in the way of a good story”, the saying goes, but the Press Council disagrees. In a comment piece in The Age, John Legge wrote:

“Abbott, when asked about the Holden workers who will lose their jobs, said they should be grateful they were being liberated from slaving on the assembly line, moving to living off Newstart and Work for the Dole.”

Except that is not what Abbott, in fact, said — he made no reference to Newstart or Work for the Dole, and he did not use the word “grateful”. Fairfax’s Melbourne tabloid, sorry, compact, argued that in an opinion piece the word “said” does not mean “said” the same way it would in a news story. The Press Council wasn’t having a bar of it, in this ruling run in The Age on page 12 today:

“The council considers that, in general, when an article states that a person has ‘said’ something, the description of what he said must either be an accurate quote or a reasonably accurate paraphrase. It is an unacceptable representation, for example, to state that a person ‘said’ something which, in fact, is merely what the author regards as the consequences of what the person said or as what the person actually thinks although he did not say it.”

Hold off on ABC app updates.  If you use ABC apps on your iPhone or iPad, make sure to turn off automatic app updates in your device’s settings. The ABC’s mobile division sent the following tweet this morning, after some dodgy code was accidentally pushed through to the Apple Store:

Paywalls the great white hope. If you listen to the commentaries from Fairfax Media and News Corp (here and offshore), their paywalls are things of wonder and the future of their brand of journalism. If you read the recently published third Digital News Report from the Reuters Institute for the Study of Journalism, though, you’d realise the outlook isn’t so rosy. In fact, newspaper and other media companies are finding it tough convincing people to pay for news. Yes, there’s a slow trend towards paywalls, but the question remains if it will arrive in time to save some media, such as newspapers.

The survey found that the number of people paying for digital news (11% on average in the 10 countries where the survey was held — including the US, UK, Germany and Japan) has remained stable over the past 12 months, although those who pay for subscriptions have made “a significant switch to more valuable ongoing digital subscription in most countries”. And of those paying for news in all countries, the survey found that 59% are paying for an ongoing subscription (up from 43% last year). Of those who are not paying, only 15% say they are likely to pay in the future.

The survey found that a majority of web users continue to seek online news from free services, such as the BBC News website and Daily Mail‘s very successful MailOnline — as well as newer sites such as BuzzFeed and Upworthy.

The survey’s bottom line is that despite the continued growth of media paywalls in 10 major economies (but not Australia) in the past year, only a minority of people have paid for digital news in the last year (ranging from 7% in the UK to 11% in the US, 14% in Finland and 22% in Brazil). That is not enough to build a digital future on for analog media. The report said:

“While digital advertising continues to grow, it still represents a small part of overall newspaper revenue. Globally, 93 per cent of all newspaper revenues continue to come from print. Global newspaper publishing revenues from print circulation and advertising were stable year-on-year at US $163bn in 2013. But that figure is down from US $187bn in 2008. Paid digital circulation increased 60 per cent last year and rose more than 2,000 per cent over the last five years, albeit from a very low starting point.”

And as the Reuters Institute found, not as many people are interested (for the moment?) in a digital subscription and prefer to find free news from traditional or newer digital sources. — Glenn Dyer

Video of the day. Sadly, Mexico is now out of the World Cup, which means we won’t see any more of feisty Mexico coach Miguel Herrera. Herrera was quite displeased with The Netherlands’ coach after the loss, which led to a bit of a shoving match …

Front page of the day. This is by far our favourite headline about that photo … 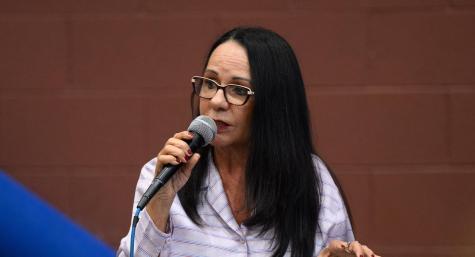 The only similarity between Greste and “Our Miss Brooks” was the inappropriateness of the outcome – one was found guilty and the other found not?
[Next time there’s a News Corpse knees-up to see where share-holder funds have been interred with that body, I’d like to see a Kiwi get up and ask “Whose idea was it to devote all those share-holder funds to someone as thoock as a Brook?”]

Unfortunately, Miguel Herrera’s spray at the Netherlands coach has “FIFA’s copyright” so is blocked from view.

Pity Todd Carney’s spray – or better still, anything about him – hasn’t been blocked as well.

Klewso, it goes without saying I agree with you after all that’s been disclosed about the shameless criminality that went (maybe ‘goes’?) on. But the pathetic bleats of confected pain from the Mudroc acolytes will go on consuming trees & petabytes without embarrassment or truth, I can predict that.