Senator-elect David Leyonhjelm's comment that John Howard 'deserved to be shot' illustrates a problem all too often at the heart of libertarianism.

“All the people at [Sale that day] were the same as me. Everyone of those people in that audience hated [John Howard’s] guts. Every one of them would have agreed he deserved to be shot.”

Strange. If the new Victorian Greens senator Janet Rice had uttered such words, declaring that John Howard “deserved to be shot”, one suspects we would have heard rather more about it than we have. Instead, the words of incoming libertarian senator David Leyonhjelm in a Fairfax weekend profile have passed almost without notice.

Leyonhjelm is a gun enthusiast. Actually, gun nut is probably a better term. He tells Fairfax “I had lots of semi-automatic rifles… every now and then I would take them out and pat them…” His position on guns is well-known — he claims the firearms deaths have not been reduced because of tighter gun laws, and charmingly exploited the murder of Jill Meagher to help argue his case. But his views on guns or any other policy issue aren’t the problem, it’s his views on democracy.

After declaring that Howard deserved to be shot when he addressed angry gun owners at that meeting in Sale in 1996, Leyonhjelm rushes to add “but not one of them would have shot him”, a statement that only confuses the issue because, if Howard deserved to be shot, it suggests a certain lack of moral courage on the part of those who believed it but then failed to do it. Presumably if someone had shot the Prime Minister, Leyonhjelm would have praised them. Instead of seeing a leader displaying real courage in delivering a deeply unpopular message to angry voters on their own territory, Leyonhjelm sees only a “bastard” and a “dirt bag”. Leyonhjelm uses similar language about the Greens: they should be tried for “crimes against humanity” for their advocacy against genetically modified food that is killing Third World children.

Leyonhjelm is sometimes big on democracy: he wants the community to decide speed limits, for example, believing they would back higher limits. But he’s not exactly consistent. The Greens in NSW, for example, secured over 1.1 million first preferences votes last September — more than twice as much as the donkey vote-assisted Leyonhjelm, but he regards them as illegitimate and criminal because of their views. And John Howard, elected in a landslide in 1996, deserves worse than being charged with crimes against humanity — his guilt has been decided and he should be shot. One wonders what other politicians Leyonhjelm disagrees with that he regards as meriting being shot or jailed.

There are many policy issues on which Leyonhjelm’s stance is appealing: as a libertarian, he is opposed to restrictions on drug use, euthanasia and gay marriage. He has savaged data retention and attacked economic xenophobia over foreign agricultural investment. But like many libertarians, especially those who get paid to espouse libertarianism, a threshold inconsistency emerges in Leyonhjelm. Freedom and democracy are fine only while they deliver the sort of results that appeal to him. It’s an inconsistency that troubles — or should trouble — each libertarian, because we are overwhelmingly people who already occupy the most powerful socio-economic status in society. We’re usually affluent, well-educated white males, people who continue to benefit from the privileged status that western culture conferred on us for so many centuries and still, to a lesser extent, does. We need governments less than anyone else, and accordingly are more prepared than anyone to view government as dispensable, even evil, except when we can ensure it serves our own needs.

That’s why, for instance, generous tax superannuation tax concessions costing taxpayers tens of billions of dollars simply don’t exist for the current government, one so determined to reduce the size of government in Australia, in the same way that “unsustainable” health or welfare spending exist — they are embedded in a natural environment that serves high-income earners, camouflaged in plain sight in a way that government support for low-income earners never could be.

For Leyonhjelm, though, it seems to go further — those using government for ends that affront him appear to require extirpation from the body politic as illegitimate presences, tumours of democracy that some good ol’ fashioned lead therapy can remove. Still, at least Leyonhjelm’s stint in the Senate may serve to reveal the sordid secret to just how self-interested libertarians can be. 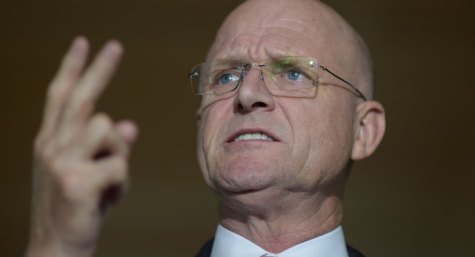 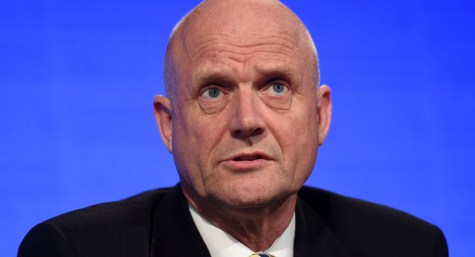 Given libertarianism is Randian Objectivism-lite, I imagine most folks who’ve encountered a libertarian know how self-interested they are.

Libertarians demonstrate why in RPGs, Intelligence and Wisdom are two separate character stats.

Why should we hear about it? He’s Right isn’t he?
Abbott and his Limited News Party can count on his vote more often than not?

Imagine the headlines in The Australian if his name was Muhammad Leyonhjelm.

Leyonhjelm, will certainly fit beautifully with many of the current coalition members; some very odd oddbods abound. We do not need a longer parliamentary term with such extremists in power.