Razer’s Class Warfare: the debate around speech is larger than Brandis’ arse

Do you hate freedom or do you hate brown people? These were the choices on offer -- but it's a false dichotomy, and you can reject both terms.

When Attorney-General George Brandis defended “the right to be a bigot” earlier this year, his was to a true protection of free expression as my arse is to John Stuart Mill. Which is to say, far too busy safeguarding its seated position to be either noble or sincere. As David Marr said in The Saturday Paper, “Yes, George, people do have a right to be bigots. And political parties have a right to harvest their votes.” George was protecting his own powerful arse.

In an upside-down iteration of “the right to be a bigot” this week, we see two local institutions protecting their arses and re-establishing their power. Opera Australia has cancelled the performance of Georgian soprano Tamar Iveri for her perceived bigotry, while the Festival of Dangerous Ideas has cancelled the speech of Uthman Badar for his.

It’s useful, perhaps, to consider how the ghost of the “debate” fabricated by Brandis haunts broad public reaction to these two performances. Performances, by the way, I have no intention of defending, which turned into cancellations I have no intention of condemning. We’ll leave the Voltaire-of-Convenience bullshit to Brandis — and it would be enormous fun to hear him defend the right of a Muslim bigot. But what we should, perhaps, also leave behind is the simple and illiberal answer to Brandis, which has begun to insist that anyone whose speech upholds established power of any sort should be shut up. What I want to argue is that we must not argue in Brandis’ crude terms.

To be clear, these newly sacked workers seem frightful. Iveri is guilty of inanity in the fascist style. Her comments on poo and hygiene might have had homosexuality as their target but were lifted almost directly from the racist (if intermittently homophobic) work of mid-century Nazi ideologues. And even if we allow for the possibility that Badar’s talk was a thought experiment about killing women made in the same ethical laboratory that produces Peter Singer’s talks on killing babies, it seems that the Hizb ut-Tahrir organisation he represents is a bit more hands-on than the world’s favourite bio-ethicist.

But. There is so much that is lost to us if we just keep arguing with Brandis and not beyond him in a way that refuses his clumsy, cynical terms. To simply dismiss the cases of Iveri and Badar, which both happen to have Western imperialism as the real target of their hate-speech, is just a retort to Brandis, and it does not vanquish him. Nor, for that matter, does it vanquish racism or homophobia. We must argue outside of the circumference of Brandis’ arse.

“We will never see past the terms set by Brandis unless we exceed a one-size-fits-most ethical knee-jerk. Badar and Iveri may not deserve a platform for their hate speech, but they certainly deserve a closer look.”

Brandis’ concern in defending changes to section 18c of the Racial Discrimination Act was far less for the rights of bigots than it was for the votes of bigots. What the 18c “debate” largely offered, save for a few pieces like that from Marr and Waleed Aly, was as Brandis had likely anticipated: it crashed and burned in no time on the narrow track of a false dilemma.

Do you hate freedom or do you hate brown people? These were the choices on offer, and the ALP, like just about everyone, fell into line as it organised a series of public forums around the need to preserve a legislation that, as Aly noted, “wasn’t ever going to do a damn thing” to meaningfully restrain or punish declarations of racism. It was not seized, as it might have been, by the ALP as a soul-searching opportunity to oppose racism; there was no about-turn on Rudd’s mandatory detention of maritime arrivals or the NT Intervention or any actually racist policy Labor had upheld in government. This was instead an opportunity for the ALP and supporters to say that they didn’t like racism and they’d prefer it if those who did like racism would not trouble anyone with their predilection. And yes, you can argue that you can “have both”; it is possible to argue for legislation that makes the utterance of hurtful slurs illegal and for policy that actively seeks to change the conditions that produce racism. It is possible.  But it’s fucking unlikely. The opposition knows, as well as Brandis does, that taking a position on a section of law that wasn’t ever going to do a damn thing woos votes. Brandis appealed to an actively racist minority. The ALP appealed to an actively anti-racist minority. In the end, the interests of no one but the political class were served.

And so it is, although in reverse, with two of our cultural institutions this week serving themselves an emergency dose of power in the face of (not unreasonable) disgust.

Section 18c of the Racial Discrimination Act was, with few exceptions, a miserable debate whose terms, if observed, could only iterate the lies told by Brandis; a man, by the by, who we can be certain cares as little for bigots or their freedoms as he does for the fortunes of foreigners. The AG kept the electorate busy with a false dilemma, and this week, we are again caught in an illusory debate.

This “debate”, like the 18c debate, never really took place. It was, especially in the case of Badar, an asymmetric war whose outcome was decided long before battle. In fact, the debate is even more illusory than 18c because it doesn’t have much in the way of sides. There are few people, and none of any consequence, who would support the crude homophobia of Iveri. And there are probably no more than a dozen people in the nation who would ever agree that an ethical case can be made for so-called “honour killings”. We’ll never know, of course, if Badar is one of them.

And we will never see past the terms set by Brandis unless we exceed a one-size-fits-most ethical knee-jerk. Badar and Iveri may not deserve a platform for their hate speech, but they certainly deserve a closer look.

Read the description of Badar’s talk, now removed from its official home online, and it seems he might not be making a case for killing or even one for moral relativism. It appears from the synopsis that the yawning Western hunger for tales of Muslim butchers, cf.  Norma Khouri, was at issue. Of course, to read Badar as an upright critic of Western orientalist fetish is probably generous. But we don’t know. What we do know is that the Festival of Dangerous Ideas hung him, and the broader Muslim community he was held to, but does not, represent, out to dry. The festival did it in 2009 with Keysar Trad, who functioned well as hate-porn for self-righteous white dimwits with a defence of polygyny. Again in 2014, according to Badar, he was badgered by festival organisers into talking to this topic under a title he had didn’t originally choose.

There are dozens of op-eds on Opera Australia’s negligence in employing a dirty rotter. Over at Daily Review, my colleague Jason Whittaker offers a decent critique of the organisational snafu but also says that Iveri’s anti-gay rant “doesn’t bear repeating”. Whereas Professor Dennis Altman, the nation’s best and most consistent authority on queer, suggests that the complaint is “worth reading in full”.

And it really is. Not because it contains anything of ethical value but because it makes the terms of a growing global intolerance for Western liberalism and the sexuality that is seen as one of its imported consequences very clear. Iveri, in short, doesn’t hate homos for the same reasons your Aunty Fay does; she hates them for (more or less) the same reasons that Nigerian President Goodluck Jonathan does. It’s not because they’re “deviant”. It’s because they’re “Western”.

It is easy to decry a “jihadist” or a fascist. In fact, it’s pretty much obligatory. What is not so easy is moving beyond the confines of an emerging illiberal liberalism — the underskirt of Brandis’ classical liberal drag — that says that any expression of extreme prejudice can be legitimately quashed in an effort to restore a social balance. The argument goes that the expression of homophobia or of misogyny cannot be defended because such expression merely re-establishes power relations that already exist and is not, therefore, a free but an illiberal speech produced in power.

Even if we accept the terms of this argument — and I don’t; I think thugs who accidentally lay ruling class ideology bare accidentally serve a more radically democratic future — Badar and Iveri are subjects speaking from within systems of power most Australians, including myself, don’t fully understand. And just because their bigotry is repulsive and indefensible does not exempt us, if we are interested in justice or in ethics, from its understanding.

But, to read the letter or to hear the talk with which we “shouldn’t bother” feels like we are agreeing with Brandis, that we are defending the right to be a bigot. I don’t think this is the case. Perhaps we are not defending a questionable right but maintaining an urgent responsibility to argue beyond the cynical terms of the AG’s false dilemma.

Should freedom of speech extend to God? A blasphemous debate 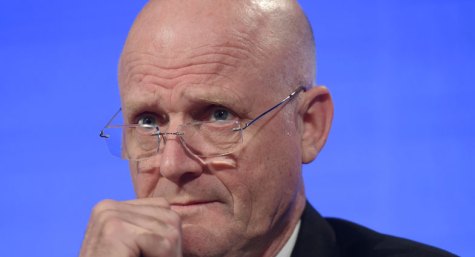 You just have to be the Right sort of bigot?

what you wrote seemed a bit waffly, but i think your argument is that to dismiss an idea outright without even hearing it is itself a form of prejudice? although i think the people who are objecting to this really aren’t interested in free exchange of ideas at all and would be would be happy to live in an echo chamber of self confirming rhetoric.

Helen – well elucidated, on both (though really the same) subjects,but could you pare the verbiage a bit?
A lot would be better – surely you aren’t being paid by the word?
A small (sic!) problem with the concept “argue outside of the circumference of Brandis’ arse.) – the World is Not (wide) Enough.(apols to CR)

In the end, given the title of the event, “Festival of Dangerous Ideas”, doesn’t it sort of beg the question of just what is a dangerous idea? I wonder if the organisers of the FODI themselves are somewhat missing the point?

Putting on content that generates sensation and much media noise may create great publicity but perhaps is more of a distraction. Much like the debate around free speech that George Brandis has created is also a distraction. Such debates are really for those who speak from positions of power and privilege. They sell newspapers. They are idea-porn, disembodied abstractions, that provide jusy another commodity of entertainment that in the end doesn’t challenge, let alone, transform us or lead to a better world. I admit to enjoying it all… but it leaves me, in the end, hollow.

Or perhaps what the FODI organisers are doing is their point – perhaps they are only interested in distractions and entertainment?

Wow. That was fun to read. Really good wholesome brain food. Thanks.