There's talk of charging for access to some ABC content, and merging some functions with SBS. The ABC's Quentin Dempster says that would amount to a 'commercialisation of the public broadcasters'.

The former staff-elected representative on the ABC board has slammed many of the recommendations made in the Lewis review, which was commissioned by the federal government.

The executive summary of the confidential report, a final copy of which is yet to be seen by the ABC board, was obtained by Fairfax and News Corp journalists yesterday. It reveals the review, by former Seven West Media chief financial officer Peter Lewis, recommends merging the back-office functions of SBS and the ABC, charging for access to the ABC’s archival content through a subscriptions model (ie. charging for iView content after a certain period), and increasing advertising on SBS.

Other recommendations reportedly include:

Speaking to Crikey this morning, Quentin Dempster — a veteran ABC journalist, former staff-elected board member and the presenter of Stateline NSW — said the review’s recommendations amount to “commercialising the public broadcasters”.

“Both boards should reject this strategy,” he said. “The Abbott government has no mandate from the electorate to change the role and functions of the ABC or SBS. The public has already paid for this content. It should be an asset and resource for the public at large — and there should be no charge for accessing it.”

According to media reports this morning, the review recommends that after ABC-produced content is aired live and for a limited time on iView, the public should pay to access the material. “A pay-per-view model is exactly what Murdoch press wants — and represents a sell-out if implemented,” Dempster said.

But viewers already, to some extent, do pay to access ABC content — for example, by buying DVDs of drama and comedy programs sold by the ABC. As such, some within the ABC describe a user-pays system to access archival content as a natural progression, rather than an earth-shattering development. In Senate estimates, ABC managing director Mark Scott has previously said that charging for content after it has aired would not, in his view, breach the ABC charter.

Scott tried to hose down the media reporters yesterday, describing the media commentary in an email to staff as “highly speculative”:

“The Lewis review is not prescriptive and final decisions on how the ABC operates and spends its budget lies with the ABC Board. The Board will continue to consider our future spending priorities in coming meetings.”

Whether to implement the back-end efficiencies recommended by the review will ultimately be up to the ABC board — the government controls the blunt instrument of ABC funding, but doesn’t have the power to recommend specific cuts or asset sales.

Dempster says the report should be publicly released. “Some detail of this report has been given to journalists, but not to the public, who pay for the ABC and SBS. It’s typical of the power-plays used by politicians who like to operate behind closed doors.” It’s not clear if the review will be made public; some observers speculate that it will not.

The ABC is still working through the budget cuts flagged in last month’s budget. In his email to staff, Scott said:

“At this point, our focus is on managing the demands of the recent federal Budget that will operate for the financial year 2014-15. We are planning for the shutdown of the Australia Network service and for the inevitable job losses that will result. We hope to have more information for affected staff on this as soon as possible. We also need to make the savings from the 1% funding cut, which takes nearly $10m from our operating budget.” 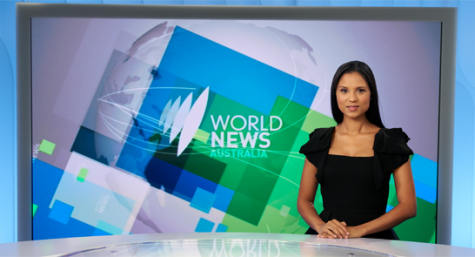 ABC board talks potential program cuts, with Holmes not invited

It’s hard to understand why the loss-makIng shops should continue. They feel like a significant taxpayer funded intrusion into the struggling book store market.

Quentin Dempster  is right to fight any moves to “change the role and functions of the ABC or SBS”. But defending the role of the public broadcasters doesn’t need to become a battle against change – if change means better use of their always limited funding.

If he knew how much it costs to run iView I suspect Quentin might well think that the money could be better spent producing new content and keeping “creatives” employed.

As to culling top management and sharing ‘back end’ facilities, that is simply stuff that should have happened by now. Every other FTA broadcaster, including SBS, has already undertaken a review of the way they operate and leveraged new technologies to become more efficient.

Even the hyper competitive commercial TV network are now sharing a range of ‘back end’ facilities. They will doubtless do more of this in the future.

If channels 7 & 9 didn’t actually exist (Ch 10 is currently just an apparition), I’m pretty sure my shopping bill would be significantly less. And the cost to my lifestyle and personal improvement as I grow older,…, zero.

…if the ABC doesn’t put its content on a “pay per view” platform then it will end up with even less money as DVD sales from its ABC Shops evaporates. Sooner or later DVD’s will go the way of VHS tapes as people increasingly acquire their content online.

AndyB – in my regional area the ABC shop was a franchise and still went broke. I can’t see the point if they don’t make money for anyone. Most ABC audience would order on-line anyway. Like the PostShoppes, the majority of the clutter is tat that competes with a hundred other tat’crap purveyors.
I suppose that we should be glad of the small mercy that the hoary old “ads on ABC” didn’t get a guernsey. Didn’t need to with the insane idea of pay per iView – from whence could that concept have crawled?