The Festival of Dangerous Ideas has scrapped a lecture on "honour killings" -- murder of women said to have brought shame on their families. The talk's author now says the cancellation was due to racism, and he would never defend honour killings. Crikey intern Rachel Clayton looks at the facts.

Some ideas are considered too dangerous even for the Festival of Dangerous Ideas. After widespread condemnation, the Sydney Opera House has cancelled Uthman Badar’s planned controversial talk “Honour Killings are Morally Justified”, which was to be presented at FODI in late August. But Badar now says his talk was cancelled because of racism and Islamophobia. What’s the story here?

What was the talk supposed to be about?

The Sydney Opera House has distanced itself from the title of the talk, saying it never was meant to be about honour killings, or the murder of women who have shamed or dishonoured their families. In a statement the Opera House has said:

“It is clear from the public reaction that the title has given the wrong impression of what Mr Badar intended to discuss. Neither Mr Badar, the St James Ethics Centre, nor Sydney Opera House in any way advocates honour killings or condones any form of violence against women.”

Badar also says people got the wrong impression, telling Fairfax Media the session’s cancellation was due to the extent and influence of Islamophobia in Australia and the suggestion he would advocate for honour killings is ludicrous. It’s worth noting that Badar says he didn’t choose the title of the speech — the organisers did — but he did consent to it.

Who is Uthman Badar anyway?

Badar is a spokesperson for Hizb ut-Tahrir, a political group whose aim is to resume the Islamic way of life and establish an Islamic state.

The group is banned in many countries, including in some in the Middle East, south Asia and central Asia, as well as in a few European states.

What are some of Hizb ut-Tahrir’s positions?

In February this year Hizb ut-Tahrir published an article supporting the marriage of a 12-year-old girl to a 26-year-old Muslim man in New South Wales. The group condemned the arrest of the man and the girl’s father as Islamophobic and stated Islamic law could not be judged by Australia’s “law of the land”.

“Something being illegal according to Western law does not make it immoral,” the article stated.

The Guardian reported in 2002 that the British website of Hizb ut-Tahrir posted a passage from the Koran saying, “kill them [Jews] wherever you find them”, followed by material arguing Jews were liars.

And Badar himself? What are his recent positions?

On Monday Badar published a press release on the site supporting the current violent action taken by ISIS, the militant Islamic group fighting in Iraq. The release states:

“This time the ‘Islamic state of Iraq and Sham’ (ISIS) is the primary object through which … Islamic ideals such as Jihad and the Caliphate [an Islamic state] are being demonised and attacked.”

It further condemns Western media for portraying ISIS “in fantastical Hollywood style, as evil incarnate on Earth, having seemingly taken over from al-Qaeda who previously fulfilled this bogeyman role”.

Badar was a speaker at a Sydney workshop in April earlier this year that challenged the Australian government’s de-radicalisation policies and, in a press release for Hizb ut-Tahrir, writes that “Any Muslim who sacrifices his time, wealth and life to assist his fellow Muslims engages in a deed beloved to Allah, and [is] worthy of only praise”.

In November 2013 Badar debated “God and Prophet’s should be protected from insult”. He described free speech as “an ideological liberal position and not some logical, universal position”.

Badar describes the cancellation of his speech as an example of freedom of speech being nothing more than a tool of power. 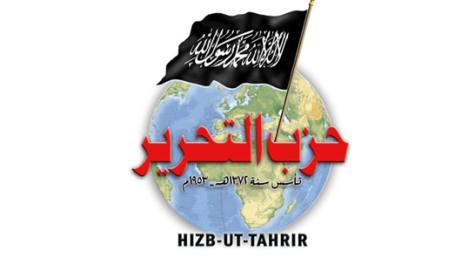 By ignoring Muslim voices, Australia is losing the war on terror

“My sky-fairy said THIS therefore I don’t have to listen to anyone else!”

Yawn. God-botherers of any stripe need a new line.

Reasoned questions to this type of Religious based idealism and posting that on the net is the best way to disrobe the King.

Religion ceases to be a personal pathology when the sufferer demands, not just the right to be deluded, but that others conform to their delusion.

“Badar is a spokesperson for Hizb ut-Tahrir, a political group whose aim is to resume the Islamic way of life and establish an Islamic state.”

With respect, this is just plain wrong.

Irfan – with no respect, how about ‘apologist’?