Douglas Kirsner writes: Re. “Departure of a gutsy, thoughtful senator leaves politics the poorer” (Wednesday). Bernard Keane’s jibe about Santo Santoro was both unnecessary and wrong. From my many contacts with Santo when he was a senator, I would say that the all too rare attributes Keane ascribes to his successor, Susan Boyce, apply at least in equal measure to Santo: “thoughtful, brave, outspoken and prepared to stick to her principles”. He was a good minister and a passionately stands up for his values.  His breach of the Howard government’s Ministerial Code of Conduct was relatively minor when compared with any number of recent cases in federal politics. Of course, he made many enemies who were rather pleased to see him not just go to the backbench for the infraction but resign from the Senate.

So much for conservative Canada

Alex Romanoff writes: “Abbott and Harper renew a blinkered coalition of denialism” (June 10). On June 9, Austrian (sorry, Australian) PM Tony Abbott was in Ottawa, Canadia (sorry, Canada), where he was feted by Progressive Conservative (actually, ultra-conservative) PM Stephen Harper. They had a George Bush/John Howard-style moment of massaging each other’s … err … conservative principles, then fully flushed, our Tony went off to more of the same in the United States, where he got a big cowboy hat.

On June 12 there was a provincial election in Ontario, the province in which Ottawa is located, and the largest province, by population, in Canada. The ruling Liberal Party (actually, traditionally center-left liberal-democratic, like our Labor as it used to be) had been in power for 10 years, overseen a long period of recession and deficit, and accumulated a few scandals, as long-term governments are prone to. The Conservative hard-right candidate, Tim Hudak, after consulting with Tea Party Republican wing-nuts in the US, ran on a platform of austerity, massive public service job cuts and lowered corporate taxes. The Liberals candidate Kathleen Wynne, who in addition to being progressive, is openly gay, ran on a platform of a mass transit plan (to reduce Ontario’s climate footprint), providing retirees with greater income security, and addressing other ssues of inequality. In other words, a message that governments can do things to make life better.

Within a couple of hours the results were clear. There was a 4% swing against the Conservatives, the Liberals winning enough seats to form a majority government. Kathleen Wynne is Premier, and Tim Hudak resigned. Conservative newspapers and pundits are apoplectic, and Stephen Harper’s bowels are, I’m sure, churning.

As a once-Canadian (and Ontarian), now fully Aussie, I like to think that the display of sheer awfulness of the Harper-Abbott conservative love-in in Ottawa three days before the election swung it against the Conservatives. This is probably the only time I will do this, but thanks, Tony.

Keith Binns writes: Re. “Labor could have headed chaplains off at the pass” (Thursday). The rush to de-religionise  schools is a bit ungrateful seeing that it was the churches that started schools in the first place. But there is also an unintended consequence that the proponents should be aware of: aggressive secularisation means less students for publicly funded schools as parents choose religious options with a subsequent drop in both funding and political clout for the public system. We’re already on the way to a two-tier system. This will accelerate that trend. Governments love supporting religious schools because it costs them less money per student than the private system. 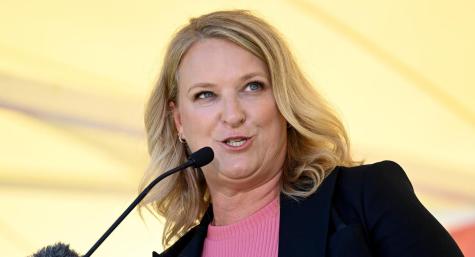 Keith Binns mentions “aggressive secularization”. I’m unsure of what this means, but should it relate to the removal of the school chaplain’s program?

I’m sure that the removal of the chaplains from the school system will not cause one parent to withdraw their children and place them in a religious school. It just wouldn’t be important to parents in the face of much more important reasons.

Yes, schools in Australia were started by christians, but they beat public schools by less than a decade.

While mass transit is great and has a key role to play, Ontario has already made a massive contribution to reducing its climate footprint. In much under-reported news, it got off coal completely as of mid-April this year. Here’s how it’s done: nationaljournal.com/energy/how-ontario-went-coal-free-20131121

Douglas Kirsner, please. Santoro was a grub who left the Senate immeasurably richer by his departure. The share issue itself was neither minor, nor simple – it had numerous layers and, like all good thrillers, at least three Acts (at last count, there were 72 separate share trades). Resignation was thus inevitable, and utterly welcome. That he’s now a lobbyist completes the picture.

@ Zeke – Absolutely agree with your comments. You beat me to it!!