A stretch of parkland south-east of Sydney has become a federal political hot potato, with an incoming senator promising to block the budget unless it is given to the rifle club. Crikey writers Paddy Manning and Melanie Garrick report.

It’s rare for local planning issues to gain national prominence, but the fate of Malabar headland, 11 kilometres south-east of the Sydney CBD and home to the Anzac Rifle Range, is a saga to rival the city’s second airport.

Incoming Liberal Democratic Party Senator David Leyonhjelm, a keen shooter, has weighed into the debate, telling Crikey this morning he would use his influence in the upper house to push for security of tenure for the NSW Rifle Association, which runs the range at Malabar, in line with recent comments he made to The Sydney Morning Herald about looming budget negotiations.

Leyonhjelm told Crikey he had a list of issues he would raise with the government whenever his vote became crucial. “I don’t want to discuss what I have on my list, except I will mention one thing that I want to see Malabar rifle range obtain secure tenure. It’s safe, it’s the right length, and it’s capable of being used by all kinds of sporting shooting.”

Former environment minister Peter Garrett hoped to turn the 177-hectare site into a major new parkland, but those plans are tangled in the usual federal-state thicket of spin and buck-passing, and may collapse altogether.

In a recent video interview (below) Garrett told Crikey the headland was the “last piece of the puzzle, ready to go” to complete the Sydney Coastal Walk and there was nothing stopping the NSW and the Commonwealth from declaring the foreshore a national park, urging: “C’mon guys, just get on with it”.

John Fitzgerald, chairman of Garrett’s old foe the NSW Rifle Association, says it was “like Badgery’s Creek, they’ve been discussing it and really making no arrangements for our relocation since 1986. This has been going on that long.”

The Malabar headland has been used for shooting since late 19th century and was given to the army in 1910. It has been home to the Anzac Rifle Range since 1967, when it was transferred from Liverpool. The Commonwealth put the land up for sale in 1988, when Club Med announced plans for a 300­-room resort and golf course. Those plans were defeated after stiff community opposition.

The Commonwealth has twice tried to evict the NSWRA, in 1990 and in 2012. Both times the association took a Labor government to court and won. The eviction notices were invalid, the first time because of inadequate notice, the second time because the judge held the shooters had to be given an acceptable alternative location under the terms of their licence. One eviction notice cited concerns over asbestos contamination on the site — part of which was once an unregulated tip.

A spokeswoman for the federal Department of Finance, which owns the site, confirmed the federal government had “not yet made a decision on the future of the Malabar Headland. The Malabar Headland site is contaminated as a result of its past uses, particularly as a landfill site, and it is important that health and safety risks are addressed.”

Labor did succeed in evicting the other headland users, including the Sporting Shooters Association (hunters, rather than target shooters), a model aeroplane club, and a pony club that used the headland. The last eviction in particular sparked a backlash, and before the last election then-environment spokesman Greg Hunt and Liberal candidate for Kingsford-Smith Michael Feneley promised the previous users would be allowed to return within six months.

It’s been nine months since the election, but the government is keeping its commitment. South East Equestrian Club secretary Donna Wright says a 30-year lease is about to be signed, and Crikey understands the Sporting Shooters will soon be allowed back on the Range, under the NSWRA licence.

Where that leaves the national park handover is unclear. The eastern foreshore can’t be used as a national park while the middle of the headland is being used as a rifle range. Lleyonhjelm, a member of both the NSWRA and the Sporting Shooters, says he would prefer the Anzac Rifle Range to remain at Malabar (though he shoots at Hornsby). “So does the rifle association, it’s just that they’ve been beaten up so hard they’ve said, ‘We have no choice but to compromise’. That was before there was a senator elected who believes that sporting shooting is perfectly legitimate and the range should remain in that position as it has for 100 years.”

He says it would be cheaper for taxpayers to leave the rifle range as is, based partly on his belief that removal of asbestos is unnecessary. “Whatever is there has been there for a very long time. This idea we have to dig it up and disturb it … The argument with asbestos is if you leave it alone it’s harmless.”

Lleyonhjelm appears not to care about completing the Sydney Coastal Walk — “it hasn’t been used that way for the last 100 years” — and says the agenda to turn the headland into a national park was driven by “an antipathy towards the shooting sports”.

Randwick mayor Scott Nash told Crikey a national park at Malabar would be a massive attraction: the eastern suburbs portion of the Sydney Coastal walk — the city’s No. 2 destination on Tripadvisor — could eventually extend all the way from South Head to Botany Bay. 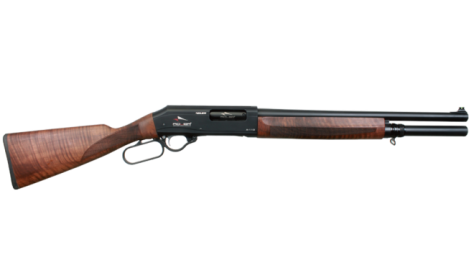 Garrett’s insulation scandal gets even hotter

Look all you Lefties – the Second Amendment of our Bill of Rights makes it quite clear that we have an inalienable right to bare arms …so let’s all get this Commie talk of national parks off the agenda, ok?

An unfair assessment of the scale of the history and the situation on the ground.

Firstly, while the SSAA supports hunting, the activities at Malabar were not hunting. Shooters there took part in supervised target competition and practice, which some of the disciplines go to the National and International level.

More broadly, target shooting at the discipline in question has been active for 150 years and goes to the Commonwealth games level. We are not asking for special privileges or money, but to be allowed to continue without harassment. In shooter’s terms, you are asking to shut down the SCG to build a hotel.

Even on that count, i have heard that the NSWRA is comfortable with moving if suitable alternative facilities could be offered, something not considered by the previous government.

And this chap is threatening to hold up a federal budget over this?? Unbelievable.

I’m a member of SSAA and I’m a target shooter 99.99% of the time. Thanks to Howard, I have to have TWO (?) genuine reasons to own a gun so hunting is my second genuine reason. If this area isn’t a rifle range, potentially for all to use, by hook or by crook, it will end up as private use only – National Parks(?), yeah right, pull the other one…!

The consolidation of the coastline is unarguable but there is that pesky problem of legal rights, a century of them.
Let us hope that Senator Lleyonhjelm takes an interest in Senator Muir’s career when they are both ensconced in the big House under the Hill.
I think that they would be a natural alliance for sense & sensibiliity.