Abbott and Harper renew a blinkered coalition of denialism

There’s a certain inevitability about Prime Minister Tony Abbott and Canadian Prime Minister Stephen Harper standing shoulder-to-shoulder in an effort to stymie international action on climate change. That’s not just because they’re middle-aged white conservatives, which is defining demography of climate denialism — if CO2 caused baldness and erectile dysfunction climate change would have been addressed decades ago — but because they lead two of the world’s most carbon-intensive major economies, both of which are reliant on resources exports.

It’s also a partial renewal of climate denialist triumvirate of the 2000s, a Coalition of the Unwilling in which Australian prime minister John Howard, US president George W. Bush and Harper as the new conservative kid on the block, fought hard to undermine binding global action on climate change and the Kyoto Accord. Harper is now the senior partner, with Abbott the new deputy denier. For a side of politics that insists nothing Australia does can have an impact on global warming, Coalition governments are always awfully busy trying to stop international action.

Tragically, however, George W. Bush has been replaced by a Democrat, and one who has belatedly decided to route around the Republican Party’s denialism and use his executive powers to impose an emissions reduction target on power plants. The Obama administration has also made it clear for some months that it wanted this year’s G20 meeting to take climate change seriously, a potential humiliation for Australia given the Abbott government’s stance. Australia’s response to the US push so far seems to have been derived from Basil Fawlty’s “don’t mention the war” approach.

“For Harper, Abbott and the fossil fuel interests that support them, preventing climate change is at best a kind of luxury good beyond our budget.”

The problem for Abbott is not merely his apparently genetic disposition to dismiss climate change, nor his party’s strong financial links with fossil fuel industries and businesses opposed to regulation of any sort. It’s an inability to understand the linkages that mean climate change pervades the biggest issues facing Australia and isn’t some separate matter, like saving koalas, that can be dumped into a box and ignored. The global insurance and reinsurance industries are already dealing with a huge increase in insured losses due to extreme weather events since 1980. Unlike Canada, Australia’s geography and climate means it will be hard hit by climate change in coming decades — while trying to cope with an aging population at the same time — driving up prices, depressing economic and jobs growth, increasing pressure on infrastructure. For the sake of its future economy, Australia desperately needs global action to bring global warming under control. For the Abbott government, however, future generations are only thought about when they provide a reason to cut spending, not address a far bigger economic threat than government debt.

Climate change is also a national security issue. If other older conservative males can’t cope with the idea of climate change, America’s military brass have no difficulty. The Pentagon’s Quadrennial Defense Review of March this year warned that climate change would increase the cost of future operations and increase the threat faced by the US:

“Climate change poses another significant challenge for the United States and the world at large. As greenhouse gas emissions increase, sea levels are rising, average global temperatures are increasing, and severe weather patterns are accelerating. These changes, coupled with other global dynamics, including growing, urbanizing , more affluent populations, and substantial economic growth in India, China, Brazil, and other nations, will devastate homes, land and infrastructure. Climate change may exacerbate water scarcity and lead to sharp increases in food costs. The pressures caused by climate change will influence resource competition while placing additional burdens on economies, societies, and governance institutions around the world. These effects are threat multipliers that will aggravate stressors abroad such as poverty, environmental degradation, political instability, and social tensions — conditions that can enable terrorist activity and other forms of violence.”

Australia has its own version of exactly the same problem, as climate change begins to affect the small island states of the South Pacific — initially economically and then, eventually, so severely that whole states will have to be abandoned — and there’s nowhere else for their citizens to come but Australia and New Zealand.

One of the great successes of opponents of first, environmental action and now, climate action, has been to frame action to protect the environment as incompatible with economic growth — that environmental protection is a kind of luxury good only available at times of great prosperity. As the economic and national security implications of climate change are increasingly demonstrating, that framing is not merely a political device used by business interests, but it’s one that blinkers those who use it.

For Harper, Abbott and the fossil fuel interests that support them, preventing climate change is at best a kind of luxury good beyond our budget. But other leaders have begun realising that it is deeply connected to the biggest challenges they face. 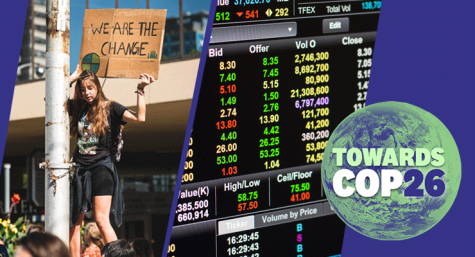 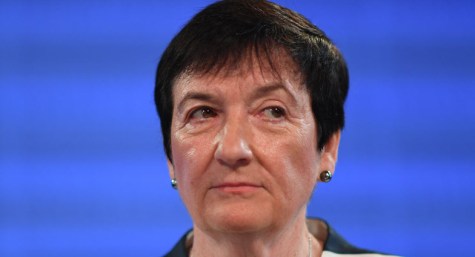 It’s not just future tense: warming is already seriously impacting on Australia (and elsewhere). One example: extreme heatwaves during summer significantly affected economic activity and caused deaths, particularly amongst the elderly. We are not even implementing the coping strategies needed now, let alone in the future. More severe droughts, bushfires, flooding- we have very recent experience of these events, linked to warming. It’s a mistake to just talk about these as future events, when we know that the future will be more of the same, of greater frequency and intensity.

If Abbott refuses to included climate change on the G20 agenda it would be a master stroke if Obama refused to attend.

Abbott and Harper, our very own version of Dumb and Dumber.

As well as patting each other on the back, I wonder if Abbott had a chance to criticize the Canadian Government for continuing to allow the export of asbestos to India, and likely to cause countless health issues in that country?