Is media freedom in Timor-Leste under threat by a ‘return to dictatorship’?

"This proposed law is reminiscent of policies implemented by dictatorships everywhere to hide the reality in their countries from the world, strangling people’s freedom of expression to preserve their power," La'o Hamutuk, 29 May 2014

Early last month Ban Ki-Moon, Secretary-General of the United Nations and UNESCO Director-General Irina Bokova marked the occasion of World Press Freedom Day with this cautionary note about the role of the media in promoting good governance:

Journalism provides a platform for informed discussion across a wide range of development issues – from environmental challenges and scientific progress to gender equality, youth engagement and peace-building.

Only when journalists are at liberty to monitor, investigate and criticize policies and actions can good governance exist.>

Timor-Leste is ranked low on Transparency International’s 2013 Corruption Perceptions Index and more than half of the population are aged 24 years or younger.

The 2013 country report prepared by Freedom House, a US-based NGO, says that Timor-Leste “suffers from weak rule of law and a prevailing culture of impunity” and that “Journalists often practice self-censorship, and authorities regularly deny access to government information and the free flow of information remains hampered by poor infrastructure and scarce resources.”

In this context the maintenance of a free press is thrown into sharp relief, particularly when the media landscape is populated by a small number of outlets and operates in circumstances where, as this editorial comment from The Dili Weekly notes:

… it is incredibly difficult for journalists to access what should be public information through official channels.

This means that for most investigative journalism stories, leaks are required from within the government or public service.

In the experience of journalists at TDW, information on company registrations, public tenders, single-source tender justifications and other official documents are tightly controlled.

This starts at the lower level of the public service and continues right up to the ministerial level.

I’ve previously reposted material from the website of the influential and well-respected Timor-Leste NGO, La’o Hamutuk.

Over the weekend the La’o Hamutuk posted, with their usual thoroughness, a comprehensive analysis of the recent attempt to regulate the operation of media outlets in Timor-Leste.

Draft legislation was approved by the Timor-Leste Council of Ministers in August 2013 but not publicly released until early 2014.

The Council of Ministers claimed that the intent of the bill was to balance media freedom with a more responsibility:

Its purpose is primarily to regulate the activity of professionals adequately prepared and ethically responsible, so that they can inform the public objectively and impartially and encourage active and enlightened citizenship by the population, thus contributing to a democratic society.

La’o Hamutuk — and most media outlets in Timor Leste — disagree with these apparently noble intentions.

La’o Hamutuk says that the new law — which was passed by the Timor-Leste parliament on 6 May 2014 — would:

… severely restrict Constitutional rights of freedom of speech and of the press … On 29 May, La’o Hamutuk and other organizations urged the President to veto the law, “because it will harm democracy and human rights, restrict many people’s rights to freedom of expression, and give power to a single group to issue a few licenses while limiting other people’s rights to share information.

We believe this violates Timor-Leste’s Constitution and the International Covenant on Civil and Political Rights.”

On Thursday last week La’o Hamutuk sent a letter to the Timor-Leste President, Taur Matan Ruak asking that he exercise his veto rights in relation to this proposed law.

La’o Hamutuk raised a number of serious concerns about specific elements of the legislation.

In relation to Article 2(a) of the proposed law they took issue with the definition of “journalistic activities” as “seeking, collecting, selecting, analyzing and distributing information to the public, as text, words or images, through a media organ”, which is defined as “a person or corporation engaged in journalistic activity.”

Article 2(i) says that a “journalist” is a professional whose principle activity is “journalism.” These self-referential definitions encompass a far broader range than commercial newspapers, radio and television stations.

La’o Hamutuk advised the President that this definition cast too wide a net, particularly in relation to electronic and social media:

In reality, many other people have a profession of distributing information, even though they are not professional journalists, such as researchers, academics, civil society organizations, bloggers, freelance journalists and others. Therefore, we see that this Article allows freedom to distribute information only to professionals who receive credentials from the Press Council, which works for commercial media who have registered and received a license from the Press Council.

Further objection was taken to Article 12, which La’o Hamutuk says would have the effect of cancelling the right to freedom of expression, rejecting the rights of anyone who is not an “adult citizen” to be a journalist. This provision would restrict students who want to cover news in the mainstream media or through blogging and those that create “wall newspapers.”

It is worth noting these concerns at length.

Timor-Leste should not forget the history of our liberation struggle from 1974 to 1999. Many people in the resistance used media to communicate and share information to defend the rights and dignity of the people of this land.

The Seara Bulletin and Radio Maubere were among Timorese media which helped liberate Timor-Leste from colonialism and occupation.

José Ramos-Horta, Xanana Gusmão, Francisco Borja da Costa and others used these media to educate, inform and coordinate the struggle for liberation, even though they were not “professional journalists” accredited by the Portuguese or Indonesian governments.

In addition, journalists from other countries, including Roger East, the Balibo Five, Sander Thoenes from the Netherlands, Agus Mulyawan from Indonesia, Kamal Bamadhaj from New Zealand, Amy Goodman from the USA, Max Stahl with his film of the Santa Cruz Massacre and other foreign media coverage were examples of the contribution from freedom of the press and journalism without borders, free of geographic and political limitations.

Unfortunately, this Media Law tries to limit foreign journalists’ activities, such as Article 25 which requires visiting foreign reporters to get Press Council approval, and Article 12 which bans non-citizens from working as journalists.

This provision negates the history of our struggle, suffering and the contribution that media made to ensure that a democratic state under rule of law which values human rights will stand strong in this beloved land Timor-Leste.

The first nine of the foreign journalists listed above gave their lives for Timor-Leste’s independence. If they had sought accreditation from Suharto’s “Dewan Pers”, Timor-Leste might still be under Indonesian rule today.

This proposed law is reminiscent of policies implemented by dictatorships everywhere to hide the reality in their countries from the world, strangling people’s freedom of expression to preserve their power.

Attempts by the Salazar and Suharto regimes to control the press should give Timor-Leste pause. 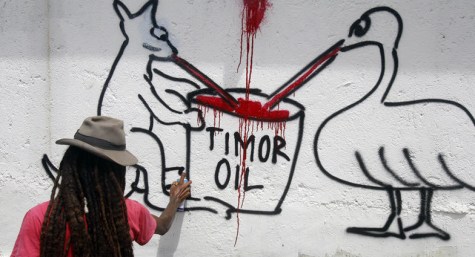 Timor-Leste elections: ‘even if we lose we win’ 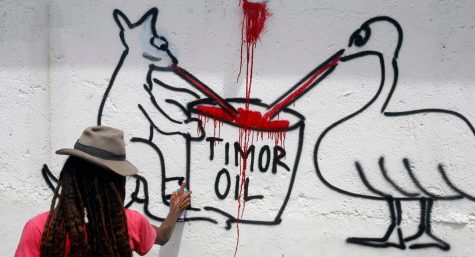