A new airport for a demanding growth corridor few even imagined

The battle will turn to infrastructure between New South Wales and the feds now there's agreement on the location of Sydney's second airport. An explosive population demands it.

Federal cabinet’s much-leaked green light on seed funding for Sydney’s second airport at Badgerys Creek will start what could be an epic struggle over infrastructure spending between the New South Wales and federal governments.

NSW Premier Barry O’Farrell wants money for railways and highways for the wider western Sydney communities; Prime Minister Tony Abbott is all for highways plus selling the development rights for top dollar to private enterprise. Abbott wants to focus on getting the airport underway; O’Farrell wants to cast as wide a net as possible to snare additional federal funding for Sydney suburban infrastructure as the price for state government support.

The feds also have to deal with the possible consequences of the first right of refusal that the sale of Sydney Airport in 2002 gave to its owners when it comes to building and operating an airport that would otherwise break its monopoly pricing grip on air services to the city’s only — and increasingly dysfunctional — airport close to Sydney’s original CBD.

The messiness of the Howard government’s selling of public assets that were natural monopolies to buyers who could immunise themselves from competitive contagion with even more money until the end of time is about to become apparent.

But a few realities need to be noted. The railway link to Badgerys Creek is already nearly finished in the south-west rail project that extends, among other things, the existing airport line to Leppington via a railway version of a freeway junction at Glenfield. Going all the way to Badgerys Creek is, in rail construction terms, dead easy.

And the M7 motorway, opened 10 years ago, was always intended to be easy to connect to a Badgerys Creek site for a Sydney West airport.  The feds could argue that O’Farrell has much that he wants or needs already. Not that NSW will agree with any of that.

His tussle over airport-associated infrastructure pales beside the reality that has dawned on Sydney.

For much of the time since the site was selected and preserved by the Hawke government in 1986, outmoded attitudes to class, mobility and competition all conspired against a second Sydney Airport. Western Sydney didn’t really exist to the business and political elite in its eastern half.  Air travel was costly, privileged and reserved. Business was done within a few kilometres of Martin Place and Macquarie Street.

But what were once paddocks are now housing estates, shopping centres, campuses and inventory warehousing and distribution depots that are substantially driven by online purchasing. New CBD centres — some that command nearer views of the Blue Mountains than they do of distant glimpses of the harbour — are planned or under construction in and around Penrith and Blacktown, and in Parramatta, which is already a substantial growth centre.

Sydney has changed. And an air transport revolution, caused by competitive deregulation, has changed expectations, demands … and opportunities.

The isolated never-to-be-built-on Nepean glades and pastures of far western Sydney have suddenly been ambushed by a future no one foresaw with any seriousness when Badgerys Creek was acquired and preserved for a fanciful airport in 1986. 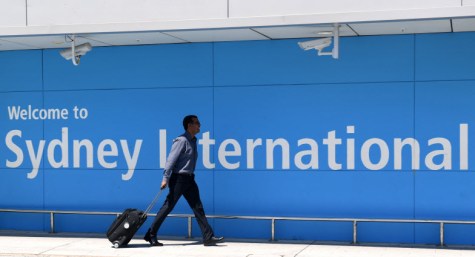 “In these “diabolical” economic times?”

“a future no one foresaw with any seriousness when Badgerys Creek was acquired and preserved for a fanciful airport in 1986.”

WTF??? I clearly remember driving to work one morning in the mid-70s & nodding (as sagely as a mid-30s lad can) at radio reports like: “Badgery’s Creek/2nd airport is essential, & the Aust Gov’t has to start constructing now before the whole area is overtaken by urban sprawl by people who want larger houses cheaper than (say) Paddington can provide start moving in ‘en masse’.

True. I’m sure it would have been something like ABC/AM I was listening to.

The problem was obvious – there have been heaps of examples of the problems that political fear & delay inevitably bring. And have brought. Great for the work opportunities where they’re needed, though.

Pie in the sky. By the time money is wasted on this our world would have changed so drastically from our inability to address climate change, now, that few will be flying anywhere other than for war!

“The messiness of the Howard government’s selling of public assets that were natural monopolies to buyers who could immunise themselves from competitive contagion with even more money until the end of time is about to become apparent.”

The great managers of the economy….

So is this the money the productivity commission said we couldnt have for a rail line between Sydney and Melbourne which would take a lot of that air traffic. Because they always get asked about rail lines.